TOLERANCE IS NEEDED FOR SURVIVAL 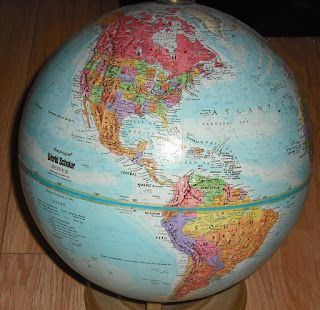 It seems every day there are examples of hate presented in the news.  Most recently we have the Orlando gay bar massacre.  Debates have picked up with emphasis on terrorism, gun control and also hate crimes. The real problem comes down to human nature and there are no easy ways of dealing with it.

It is human nature to identify with a group, starting with a small one (nuclear family) and then expanding.  We have not yet expanded to all humans in our group identity, but we have come a long way painfully.

Back in university when I was a little more idealistic I chose sociology as my major and was attracted to a course in Prejudice and Discrimination.  Professor Hadwen had a strong influence on my thinking, not only by the content of his presentations, but also the method.  The first time I encountered the idea of role playing where he would get students to act out a wide variety of views as one way of understanding an opposing view.  One concept I learned was that prejudice starts with pride.  We take pride in belonging to our group which leads us to thinking those outside our group are inferior in some way and not totally trustworthy.

For a term project worth at least 50% of our mark he asked us to write about one of our own prejudices.  I thought I was prejudice free, but looking for something unique set on "older people."  At the time I had two Grandmothers who were very special to me as I had spent a big part of  my life living with them. Now, I can easily be described as an older person and have to examine my prejudice against younger people.   I could see a societal prejudice, but deep inside I could see I had it as well.  The research and study opened my eyes.  http://www.therealjohndavidson.com/2020/12/two-grandmothers.html

In another of Dr Hadwen's classes a bureaucratic screwup had an effect on me.   I had written an essay I was very proud of and felt confident should get a good mark, but back home after exams my final grades were mailed and I saw a very bad mark.  I decided to switch majors, but next fall when I got the essay back the mark on it was very good.  Dr Hadwen apologized and gave me one of my favourite compliments, "You have a sociological mind."  Another semester I switched back.

But still found I was not as prejudice free as I liked to project.

My wife's best friend's parents owned a company that employed an openly gay person.  Even after many years of knowing this (and many other changes) I had never met him.  However my wife and her friend had developed a friendship that eventually resulted in an invitation to an open party and I was included.  I felt a bit uncomfortable, but agreed. I noticed that none of the other husbands in our group attended, but in the end I am glad I agreed.  First I was pleased that in most ways they were not that different.  I saw that gays could mix with non gays.  They came from a wide variety of backgrounds.  I wouldn't have known they were gay if I had met them in different circumstances.

Jared Diamond in his travels as an ornithologist spent a lot of time in Borneo working amongst a variety of what we would call primitive people.  At one point he acknowledged that their intelligence level is truly equal to ours, but he observed a few significant differences.  One was that they were distrustful of strangers and were very careful in their presence.  Jared contrasted this with how in big cities we walk by hundreds of strangers without very much concern.  Obviously this almost blind trust is one reason our civilization has advanced in so many ways.  He found that primitive people were superior at mediating differences with a preference to restoring relationships over property (or revenge).  Read more here;  http://www.therealjohndavidson.com/2013/06/jared-diamond-expanding-our.html

As a liberal minded person I looked down upon the simple minded conservatives.  "The Righteous Mind" by Jonathan Haidt made me realize I still have prejudices.  He explained that evolution favoured individuals who fit into groups.  Religion was important, not just for content, but also as a set of commonalities for all members.  The idea of fairness means different things:  to liberals it signifies an equal chance for everyone, but for conservatives it means rewards should go to those who do the work.  He feels a balance is needed between liberals, conservatives and libertarians.  Read more:  http://www.therealjohndavidson.com/2013/02/the-righteous-mind.html

At a Human Library encounter I met a well known author who reminded me of a previous racial prejudice.  Working with young children and their families as the main part of my newspaper circulation job I encountered a wide variety of ethnic backgrounds.  For the most part I looked at that aspect as a discovery of interesting details that had a positive impact on my life.   However I had a number of less positive experiences with one particular group of people and will admit that when encountering other members of that group I did pre-judge.   I was shocked later to learn a good friend from university was of that same group, as I had thought he came from a different background.  The author who had a similar background chastised me (gently).

Another prejudice I shared with others unconsciously was against what might be considered lazy people or pleasure seekers.  I saw work, or at least activity as the point of life.  I never actually read "In praise of Idleness" by Bertrand Russell but just the title and a few references deepened my appreciation that there is more to life than work and those who are able to enjoy life are closer to the ideal than those who indulge in activity that they don't necessarily enjoy.

How many of you have had a prejudice changed by getting to know another person?  How many of us can identify our prejudices?

Individuals around the globe are gradually becoming aware that we live among billions, of people most of whom speak different languages, have different beliefs and customs.  But we also have much in common:  fear, greed, love, hate.  Our deepest concerns are very similar:  getting a job, getting a mate, surviving, protecting our children.  The inter-net has opened up new pathways of understanding (as well as misunderstanding)

The earth is like one big island and we are gradually becoming aware of our inter connectedness.  Working as a global team we can solve problems that are exacerbated with our individual selfish efforts.

History is full of examples of minorities, despite discrimination making significant contributions that made life better for the rest of us.  Minorities are really just a sub group, an additional identity of the one big family we all belong to.

Just another example.  Saudi Arabia recently executed 47 "terrorists" and amongst them was a Shi'ite cleric who advocated peaceful protest.  My perception is that Saudi Arabia is one of the least tolerant nations in the world.   Perhaps my judgment based on decisions of elite group has prejudiced me against all Saudi Arabians.

Democracy works as rule by the majority and if done fairly it is expected that those who did not vote that way would at least accept and respect the view of the majority.  We are actually often advanced by the views of the minority who saw or understood something the rest of us didn't.  So along with majority rule, democracy requires minority rights.

The law can really only stay a little ahead of customs.  You can make women, blacks, Muslims, homosexuals and transgenders equal in law, but it is much more difficult to find total acceptance.

Cultural exchanges are a great idea, but they are expensive for the large masses of population.  Ed-ducation also seems expensive to some, but in reality is a great investment.  Content is very important, but subject to debate.  We should encourage more input from more groups.  Integrated classrooms have proved to make a difference.  Recently I read a comment regarding the television series "Roots" which in an" entertaining" way made whites better understand what blacks had to endure.

We need to be aware of our commonalities.  We share a planet that is facing a variety of crises.  We have not yet escaped the possibility of nuclear annihilation.  Pollution is poisoning life everywhere.   Automation could be an opportunity for everyone or an instrument for extreme inequality.  Climate change is happening despite obstructionist denials and will determine our survival.

If we could all agree that would be nice, but way too big a step and perhaps a bit boring.  Can we learn to tolerate the differences we have or do we prefer to fight over them?
Posted by John F Davidson at 1:22 PM