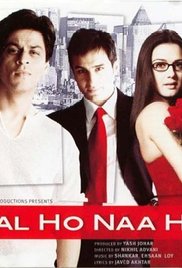 In North America Shah Rukh Khan may not garner much attention, but in the rest of the world he is top of the movie world.  Not only is India the most prolific movie producing nation, they have made inroads in many foreign countries.  He can draw a massive crowd in most countries including United States and Canada.

I have enjoyed more of his movies to a greater degree than any other actor anywhere.  Shah Rukh Khan is above all charming and masculine  His acting ability seems mixed, but he has won his share of awards.  He has also been in his share of duds and has taken time to make commercially acceptable movies.  Having attracted a wide following he gets offered a lot of very good scripts supported by very talented crews.

My sister Rebecca liked "Devdas" (2004) so much she bought me a copy.  Directed by Sanjay Leela Bhansali and also starring Aishawarya Rai and Madhuri Dixit.  A story of a man stopped from marrying his love by his wealthy father.  He self-destructs.  My sister knows me pretty well and this whetted my appetite.

"Kal Ho Na Ho" (2003) is the movie that expanded my fascination with Bollywood to an obsession.  Filming was started in Toronto, but the crew left for New York when the SARS scare happened, however you can spot some interesting local scenes.  I checked this out of the local library and was told it was "very sad."  It certainly was that, but in the beginning it seemed very juvenile like perhaps a stereotypical Bollywood movie.  That was just a big setup to make you feel guilty.  The main actors and most of the supporting cast were very good; Preity Zinta, Saif Ali Khan and Jaya Bhanali.  The music was also great from Shankar Ehsaan Loy.  If you really like good movies you will be reaching for a kleenex.  After this I looked for movies with Shah Rukh Khan. 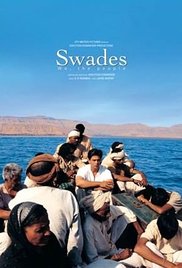 "Swades" ( 2004) is my favourite.  He plays a NRI (Non Resident Indian).  He represents the successful Indian gone to the United States space program.  He misses his nanny and decides to go back to India in order to bring her to his American home.  Once there he encounters a lot of people who are envious and he offers to help them get to the States, however the romance in the story is a local teacher who won't move.  Eventually with his science and engineering skill he solves a common problem by providing electric power.  He is torn between doing something globally and scientifically significant in the United States or helping elevate the Indian people.  Directed and partly written by Ashutosh Gowariker with music by A. R. Rahman.  With many third world countries the non resident is a delicate issue with most understanding moving to opportunities while other capable people stick around.  Shot in the United States as well as India.  This was considered an artistic success, but not commercially. 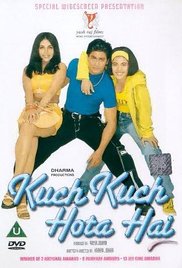 "Kuch Kuch Hota Hai" (1998) saw Shah Rukh playing a father for the first time.  Kajol starts out as a tomboy friend who disappears when she realizes the more sophisticated Rani Mukerji attracts Shah Rukh.  As his wife, Rani dies.  Shah Rukh raises a young daughter with the help of his mother.  The daughter reads a letter from her mother telling her that her husband, the girl's father should seek out his old friend.  Lots of hokey moments, but a very stirring romance.  First time saw Salman Khan, in a cameo.  Directed by Karan Johar.  Some catchy melodies by the brother team Suleiman-Salim.  This movie started the appeal of Rani Mukerji and you can read more about her here:  http://www.therealjohndavidson.com/2014/05/anupam-kher-actor-i-now-respect.html

"Khabie Kushi Khabie Gham" (2001) represented a clash with Amitabh Bachchan (who is very good as stern fathers amongst many other types).  Kajol plays the chosen one against the father's wishes (who wished for Rani Mukerji).  Scenes go from India to England and Wales and include a few shots from the pyramids for effect.  Directed and written by Karan Johar as a well produced family drama.

"Khabie Alvida Naa Kehna" (2006) is quite the soap opera.  Shah Rukh is married to Preity Zinta, but soon wants Rani Mukerji who is married to Abischek Bachchan.  A lot of shifting around and lot of anguish, but some really good music by Shankar Ehsaan Loy.  Directed and written by Karan Johar.  Set in the U.S., filmed in Philadelphia and Jersey City. 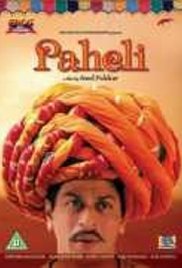 "Paheli" (2005) with Rani Mukerji again not commercially successful, but its fairy tale story was very slickly done with the pairing of the stars very satisfying.  Another of many movies supported by Anupam Kher and you can read more of him here;  http://www.therealjohndavidson.com/2014/05/anupam-kher-actor-i-now-respect.html


"Veer Zaara" (2004)  with Preity Zinta.  This time she is the Pakistani Muslim and he the Indian Hindu in a doomed romance.  He is thrown in jail for decades until rescued in time to reunite in old age.  Rani Mukerji plays a sharp lawyer that gets him released for a late in life happy ending.  Anupam Kher plays the mean prosecutor.  Directed by Yash Chopra.

In "Chakdei India" (2003) he coaches a girls field hockey team--as a  disgraced former international player.  His sin was not scoring at a critical point in a championship game against Pakistan.  Shah  Rukh is a Muslim and many of his roles portray him as one and in this movie he is thought to have betrayed India.  No romance, but a typical sports story very well done. Filmed in Australia as well as India.

"Don" (2006) was a revival of an old Bollywood film made famous with Amitabh Bachchan.  There were skeptics, but Shah Rukh played the dual role of the ordinary guy and the gangster very smoothly.  Priyanka Chopra played on the team chasing Don.  My favourite musical team of Shankar Ehsaan Loy provided the music.  There is a teasing relationship between Don and Priyanka who portrayed a very smart cop chasing him down.  Very spectacular stunts over the two films.  Don was filmed in Malayasia with the climax at the Petronas Twin Towers.  Don 2 was shot starting in Malaysia, but shifted to Germany.  Farhan Akhtar directed both movies and wrote the scripts.  For more on Farhan Akhtar:  http://www.therealjohndavidson.com/2011/11/farhan-akhtar-young-man-on-rise-in.html

"Om Shanti Om" (2007) launched Deepika Padukone.  Directed by Farah Khan who had originally been a choreographer very much favoured by Shah Rukh.  He plays a dual role, first as a young man who gets involved in Bollywood, but is killed along with a woman he was infatuated with.  Thirty years later after re-birth he is again involved in Bollywood and slowly realizes the back story and seeks revenge.  Lots of complications.

"Rab ne Bana Di" (2008) launched another big star, Anushka Sharma.  At first Shah Rukh plays a bookish type of character who as a deathbed favour marries a girl much younger and active.  We all know Shah Rukh is very dynamic and soon he is masquerading as a dance partner for his wife who doesn't recognize him.  Eventually she is conflicted between her husband and this dynamic dancer.  He proves his love in his bookish avatar in a funny wrestling match.  Anushka emerged as a star in her own light.  For more on Anushka: http://www.therealjohndavidson.com/2015/05/anuska-sharma-actess-on-rise.html

At this point I realize I have gone overboard on one actor, but in fact there is more I want to say, but will defer to another post.