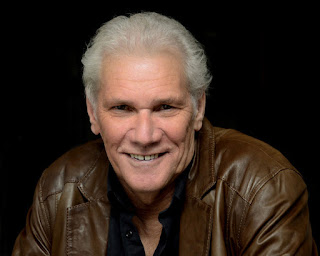 Norm Foster has been a guarantee of a good theatre experience for my wife and I for several years.

He has been the most produced playwright in Canada for the last 20 years.  He is very prolific, with over 50 scripts to his credit.  You can be sure of finding one of his plays at dozens of locations especially in the summer.

His strength appears to be in cottage country summer theatre, but is creeping into more and more urban centres and on an international scale.  His plays have been performed all over North America as well as such places as Canbera, Australia and Moscow, Russia.

He was born in Newmarket, Feb 14, 1949 and educated in Toronto.  He attended colleges in Toronto and Thunder Bay.  He worked in radio stations for 25 years including stints in Thunder Bay, Winnipeg, Kingston and Fredericton.

While the host of a morning radio program in New Brunswick he went to a theatre audition with a friend and ended up with the role of Elwood P Dowd in "Harvey."  That turned him onto theatre and before too long he wrote his first script, "Sinners" which was performed by Theatre New Brunswick.  His second script,  "The Melville Boys" also debuted at Theatre New Brunswick and won the Los Angeles Drama-Logue award.

In the last play we watched, "Jonas and Barry in the Home" we became aware of a personal friendship Norm had with David Nairn.  Reading about it one could better appreciate that the theatre is a big cosy club where bright minds are attracted to one another.  The two have acted, written and directed supporting each other in different roles.  David has been the artistic director at Theatre Orangeville for going on 18 years and makes it a practice to put on at least one Norm Foster play each season, including some world premieres .

Audiences seems to be at most shows I have attended, above 30 years of age with emphasis on over 50, the theatre crowd.  He seems to know his audience and what will make them laugh and how he can jolt them into a more serious reflection.  I would like to think as one ages one matures or more accurately accumulates more experiences.  You might think some of these experiences are unique, but Norm brings some insight with a startling sense of humour.  We are not all that unique as we all enjoy or suffer  many of the same experiences.

Watched plays in Port Dover, Port Stanley and Hamilton.  I recall  watching "Skin Flick," "Here on the Flight Path," "The Affections of May" and "The Love List"  amongst a few others.  I have been surprised to see Norm acting in his own plays and have to comment that his timing is excellent.  This year  the start of a Norm Foster Theatre Festival in St Catharines promises more opportunities.