THE ESTABLISHMENT PARTIES AND PROPORTIONAL VOTING 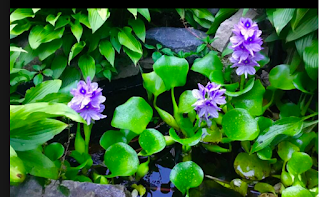 It seem politics is all about power.  Once you have power you can do good things.  But politics can be about getting things done better by sharing power.

The current Canadian first past the post system has disadvantages for even the established parties.  It is often told how the minority parties lose when they get 6% overall voting, but don't get a single seat in Parliament.  Yes it is obvious that those votes are "wasted" but so are many of the votes for the establishment.  Once a candidate has achieved plurality in a riding each additional vote is unnecessary and therefore wasted.  In a proportional system those extra votes could help boost their overall number of seats.

A problem came up a few years back when Stephen Harper's party in 2006 won the majority of seats, but were lacking members from Vancouver and Montreal that traditionally would be represented with a cabinet minister.  Harper likes to present himself as a man of principle, but broke two of his principles.  He didn't approve of enticing opposition members (it had been done to him) to switch sides, but decided in one case that was his best option.  He enticed David Emerson the Liberal member for Vancouver Kingsway with a cabinet post--Minster of International Trade.  He also didn't like how the Canadian Senate was filled with appointees, but again bent his principle to take a Senator for a Cabinet position.  Actually he took a Conservative campaign organizer, Michael Fortier from the Montreal area and after appointing him to the Senate made him the Minister of Public Works and Government Services. This could have been avoided with a proportional system by listing Cabinet potential candidates to a higher ranking.  Some voters claim they vote for the "man" and not the party, but they still can vote for a slate of specific people under the proportional voting.

Although those in power under the first past the post system like to proclaim they have a mandate to do the people's will, in many cases that is pretty shoddy when the majority of the voters actually voted for other parties often specifically against the plurality winner's agenda.  Not to mention the larger numbers who for different reasons chose not to vote.  A real mandate comes only from a true majority.

Sharing power may seem like a diminishment of real power, but  it should result in real change that more people can accept.  Not because they got 100% of what they wanted, but because they (or their representatives) were consulted instead of dismissed.

A key part of how much credibility an election has is the number  of citizens who take the effort to vote.  It is often said that most people just vote reflexively without much study of the issues and personalities.  There could be truth to that, just as many non voters don't think it is worth their while to consider the consequences of a vote that would be "wasted."  And of course there is the strategic voter who has calculated their favored candidate has no chance and a vote for them could in fact enable the worst possibility to get elected unless they choose a more favorable candidate.

When the actual consequences of a single vote are realized (your vote really can make a difference) there will be a more powerful  reason to be involved.  Undoubtedly many votes will be made with little analysis, but under a proportional system more people are encouraged to study the issues beyond their seemingly narrow traditional range.

The advantages seem to shift power to the ordinary(?) voter and that politicians will have to think out platforms that appeal to a wider range of voters.  It is also true that some politicians can narrow their focus, but that is more likely to result in a narrower percentage of votes.  Engagement from citizens comes from education and the realization that one vote does count for something one can believe in.

For those of you ready to get more involved check out http://fairvote.ca  For Americans check out https://www.fairvote.org for a perspective on your unique setup.