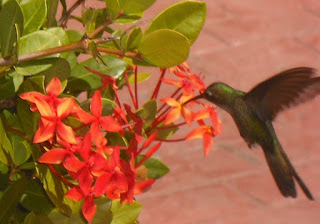 According to some authorities sex is the second strongest driver of humans and it has been noted that some individuals have risked their life for sex.  Whether you believe in evolution or a creation designer you are aware that without sex, civilization as we know it, would not survive.

An old joke perhaps learned from chauvinistic sales training is based on the question of the difference between rape and seduction.  The traditional answer has been "persuasion."  The modern answer has come to be "consent."

Biology and culture are both very focused on sex.  Try to repress this drive and there will be consequences, not all easily identified.  All cultures try to control it.  Yet at the same time the role of sex is acknowledged.  It is usually controlled by men who in some instances isolate their women (wives/concubines/mistresses, daughters and sisters) to protect them.  Rape laws originally were to protect male property rights.

I grew up in the 1950's and 60's when before puberty, males were made aware of sex, made jokes about it and started trying to satisfy curiosity.  What females of our own age thought about it was a mystery, but we suspected they were impervious to it.  As we reached pubescence we could feel a physical drive reinforced by peer pressure.  Media awareness also contributed to it.  It was assumed that females would be resistant and we were vaguely aware that pregnancy would be a disaster, especially for girls, but also for boys.

A common analogy to dealing with the opposite sex was from baseball; going around the bases.  This might be an example of cultural pressure.  First base might be considered hand holding and second base might be a kiss and third base even more intimate contact and home plate would be intercourse.

Modern North American culture is much more liberated with much looser contact between genders but underneath the tensions haven't changed a lot.

Like most males I pushed when I thought I could until an objection was made verbally or physically.  At one point, again like many males I realized (with some surprise) there was a willingness to be intimate.  Even realized at one point they, as males do, felt that intimacy is an indication of commitment.  Not every human saw that connection.  Intimacy at any stage can be physically and emotionally satisfying.  I never bought into the idea that "no means yes."

The new concept of consent was previously understood if only for practical reasons.  A relation can be ended by crossing a line.  This was a normal fear of males.  With hormones driving them and with maybe a little encouragement it might be difficult to exercise control, but there was always that fear of rejection and perhaps an awareness that there might be legal/societal consequences.  A formal concept of consent would be helpful for both males and females.

Ice breaking is a concept that all cultures seem to understand.  Lots of plays, movies, books and talk hinge on overcoming the awkward time between a platonic relationship and intimacy.  I remember a limerick, "Candy is dandy, but liquor is quicker."  My grandmother (over 60 years older than me) shocked me by saying "apple pie  without cheese is like a kiss without a squeeze."

Arranged marriages are the answer for many.  Parents decide on a match that might be partly political, but also weighed with personal factors.  The couple would be encouraged to know one another or maybe not in some cases.  After the union has been sanctified, sex was assumed (and desired by those wanting grand children and their line to be carried on) and sometimes instructions had been given, but sometimes not with the assumption it was natural, but really embarrassment was the explanation.

Any line crossing in sex is subject to problems.  Should adults have to answer for sexual missteps in their youth?  Within reason, maybe.  But I would add that he (or she) who is without sin should throw the first stone.   An earlier blog:  http://www.therealjohndavidson.com/2013/08/what-have-you-gotten-away-with.html  We also like to think we are a society that gives a "second chance," but all too often such things as being jailed handicap offenders for their life.  Plenty of people (really all of us) have been given second chances and a few have abused them.

What does a second chance mean?  Like most people I have made lots of mistakes--some I learned not to repeat and others I hoped no one would ever find out.  I remember my father telling me that if you were thinking about doing something you should think first if you would want your mother to know allowing that you might be embarrassed, but not ashamed.

Looking at politicians and other leaders it would benefit us all to realize none of them are perfect.  Have they learned a lesson?  What do they offer us now.   Looking at the thousands of people we pass by most months it would do us well not to be too judgmental.

For an earlier blog on the topic of sex, but pre Doug Ford:  http://www.therealjohndavidson.com/2015/05/sex-in-classroom.html
Posted by John F Davidson at 1:58 PM