SEX IN THE ONTARIO CLASSROOM 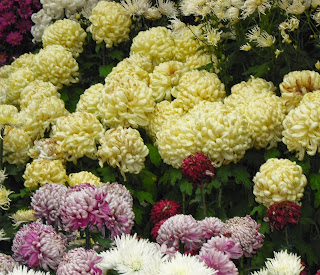 Ontario recently announced an upgrade to their sex education program and although some people are in favour, others are adamantly opposed.  To me it is a choice between the classroom and the streets.  Some parents may think they are protecting their children from the awful facts, but in most cases they are fooling themselves or letting their children in for a big shock sooner or later.

Do the details matter?  Yes, but who should be the judge?  As  a parent I can identify with the desire to protect one's children.  I heard somewhere that one of the driving forces is that children are reaching puberty at an earlier age which means if we want to have a positive influence on their attitudes we have to start a bit younger.

My parents were at one stage quite open with me.  My mother and father together set me aside one evening and explained a fair amount of detail, and relating it to my personal life.  My mother especially surprised me with her openness which gave me a female point of view.  I was enlightened, but at about age 12 they were already a few years too late.  My introduction was with what might be called "dirty jokes" and constantly objectifying females.  There was lots I didn't understand and my parents helped clarify my thinking.

On the subject of homosexuality there was little but tittering.  As a married adult I basically had homophobic tendencies, but seldom thought about it.  I was invited to a party hosted by two male gay acquaintances of my wife and was surprised none of the other husbands attended although a few married women did.  What struck me then and many times since is how normal most of them really are.  Of course what does normal mean?  Some gays are stereotypical, but I had probably related to dozens, if not hundreds without any awareness.  We are all individuals who should be respected.

I don't feel my introduction to the topic was ideal or abnormal.  Ultimately sex is very personal, essentially done in private, but that doesn't mean we as individuals and for society as a whole do not benefit from better knowledge and from an objective adult perspective.

Intimacy is not something to be made fun of.  One of the classroom topics is consent, something males have too often bypassed and too many females have been pressured past.  Misunderstandings of all sorts seem to be unavoidable, but intimacy at any level should only be with consent.

It is desirable that parents present their perspective on sex, but many would be relieved that some one could teach about it objectively. Some parents seem overly protective of their children's sex knowledge, but overlook that sooner or later, one way or another their children will learn.  Do they want it to be a shock?  Or do they want their children to feel it is "dirty?"  A bigger concern might be how to minimize teenage pregnancies, sexually transmitted diseases, sexual assaults, homophobia and on the other hand to maximize happiness.

The photo of flowers taken at the Hamilton Mum show is not meant as an euphemism, but just as something beautiful.
Posted by John F Davidson at 6:37 PM