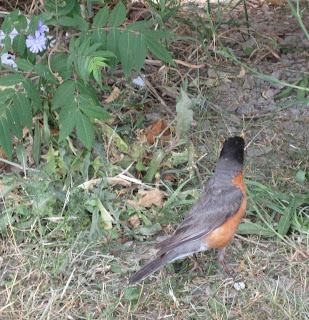 If I had to pick one issue it would be HONESTY.  If I didn't agree with a politician I would vote for someone else.  The problem then is maybe they are not honest--a basic problem for all politicians and consequently for all voters.  We know by past action what a politician has done, although many will admit it was a mistake or they have changed their mind.  You can more easily determine which way a politician is inclined and take that into calculations.

Some voters are wary of politicians and focus on something they understand.  The assumption might be if the politician takes care of my concern, they will have to please other people with different concerns with the assumption that other people are concerned.  In some cases the voter doesn't care or doesn't have the resources to understand all the issues.

Smart politicians can not do anything unless they get power.  Being honest is not enough as anything you offer is likely to bother at least some voters.  A determination is calculated as to what gets the voter's attention.  Emotions carry more weight than reason, although both factor into a a voting decision.

My concern is one issue voters.  In honesty I have a view on these issues and have feelings that are mixed.  Like anyone I wish someone I vote for would take my side on every issue, but in fact I don't have a side on many issues such as if we give more money for a particular concern do we take from another concern or raise taxes or borrow money.  Is everyone from a persecuted group deserve to be treated as equal?

To me every politician has there own agenda some of whom just like power, but most every one has their own idea of what is important.  Many have adopted positions on emotional issues that they may or may not really believe.  Below are a number of one issue concerns that I feel have been abused.

ABORTION;  Probably the most hard rock concern for voters.  It is doubtful that anyone thinks abortion is the ideal solution.  It is killing a living being which also has to be frightening to any human.  Many decisions are just as life and death such as war, executions, laws regarding safety, in fact many laws that impact lives.

As a male it is relatively easy for me to condemn any woman foolish enough to get pregnant when they don't want to be.  But because I am male I understand how sex driven men are--for the physical pleasure, for the dominating ego trip or for their own emotional insecurities.  Married males may find a pregnant woman a burden, but most accept it.  A woman may have sex to please a man, for the pleasure or against their will or consciousness and they may want a child.

The reasons why women want an abortion include the shame, especially if unmarried.  Another shame may result from rape or incest.  Married women with other children may feel guilty that they cannot properly support another child.  There may be health concerns that may or may not relate to a previous pregnancy.  Some reasons may seem frivolous to others such it might ruin their figure, might disrupt their career, might be the wrong sex.  If a major birth defect is detected it may be the greed of not wanting a deformed child or possibly bringing another being into a suffering existence.  As outsiders we do not have to live with the consequences of either unwilling or desired sex.

We know that many "sins" will be sought disregarding restrictions.  Such activities as gambling, alcohol, drugs and sex have a universal demand that is often met outside legal bounds.  Criminals thrive in such conditions.  There are illegal abortionists, many of them of questionable experience that can compound the harm by infertility or maternal damage.

What can be done in the case of an unwanted pregnancy?  Have no doubt unwanted pregnancy not only causes stress for the woman involved, but often for others as unwanted children come to know it and the shame evoked paints others.  The best thing of course is to prevent them, but many of the same people who oppose abortion also oppose contraception and sex education.  What they seem to be upset about is promiscuity which admittedly is not usually good.  Trump at one time stated he felt the woman needed to be punished.  Some argue that the only purpose of sex is procreation, but that is short sighted.  Sex is a bonding activity that often helps keep parents together and in general cements relationships.

What can society do to lessen abortion and increase their population strength.  Contraception and sex education have proven they cut down on unwanted pregnancies.  Some governments concerned about losing population have found financial support is critical.  If government wants more people (as cannon fodder, pliant consumers, or prestige) paying regular payments to help support children is helpful.  Immediate concern is affect on income which is dealt with maternity leave, paternity leave which can provide some income and protect job security.  Mothers can be more productive (and happy) with affordable child care and flexibility in working conditions.

Rich people will be able to get abortions when they feel the need.  Poor people will either take desperate measures or accept other consequences.  They will suffer in various ways.  Perhaps some of the unwanted babies will be loved, but many will be seen as a burden.

Adoptions have for all history provided a way of turning unwanted babies to wanted babies.  There may be a trade off between high standards for approval and available adopters.  One area that has expanded is the acceptance of gay couples.

GAYS:  Most heterosexuals feel what they consider normal sexual drives and may feel threatened by someone who feels differently.  Sexual identity is important to everyone, but it is only a part of our identity.  I grew up where homosexuals were objects of ridicule but I didn't really know any.  As I got older, homophobia crept in.  Fear that someone else's sexual drives would be imposed.  Gradually gays came out of the closet, usually in cities where they might find safety in numbers.  The AIDS crisis was instrumental to breaking out as they fought against ignorance in an effort to cope.  Those who have come into more contact with gays as I have a bit have found there is common ground and this recognition makes each more productive.

RACISM/IMMIGRATION:  The world has never been more aware of its diversity and integrated, but many feel uncomfortable.  Others feel threatened.   The feelings are natural but have been harnessed by others who need someone to blame for problems they are responsible for.   Lyndon Johnson, a Southerner, actually descended from "poor white trash" once pointed out:  if you can convince the poorest white man he is better than any black man you can pick his pocket.  It is not automation or offshoring that caused your poverty, but the blacks and the browns. After Lyndon Johnson signed the civil rights legislation the Republicans developed a southern strategy that used symbolic gestures and code words that suggested they would keep blacks and other minorities in their place.  They were able to use the old slaver founders influence on the constitution to leverage their power.

To me the most effective way to lower racism is to have more contact between different races.  Not quite as effective, but supportive is education,

GUNS:  It has been proven that loose gun laws increase homicides and suicides.  But there is protest encouraged by the National Rife Association that feigns big concern for the Second Amendment.  The second amendment can be interpreted in many ways, but it is not a license to do away with restrictions.  My argument would be that a car is also a valuable asset, but is recognized as potentially dangerous.  We accept many restrictions in the interest not only protecting ourselves, but also society.  Protection is a basic right of every human but at some point too many guns in fact leaves more people vulnerable.  It is true that those who don't respect the law or think they are smarter than enforcement will get guns, but that is a poor reason to loosen the law.

APOCALYPTIC:  This is hard to understand among outsiders.  It is the belief that we are approaching the second coming of Christ in which Christians ascend to heaven.  The catch is that Israel must be controlled by Jews.  There is a section of American voters and others who are doing what they can to ensure that Israel remains a Jewish state which means a toleration of Israeli claims on Palestinian territories.  This has permeated American media where Palestinians are pictured as backward and hateful.  It is difficult to argue against the extreme views of evangelicals who see their eternal salvation at stake.  They have proven that they can in fact support Israeli domination.  Trump is not the first politician to suggest he can boost Israeli dominance, but he has been the most active with action to please the Israelis and the evangelicals, but upsetting to the Palestinians and Muslims.  For me it is hard to take their contentions seriously and I do appreciate that they are causing tension instead of easing it.

It has to be added that many of these one issue voters understand they have more power if they support other one issue groups.  Some politicians understand they can also get more power if they can join these causes together.  The Republicans representing big business and the wealthy understand this and have long added social hot buttons to their official policies
.
Yes there is an alternative universe, although the inhabitants mostly are not as adamant or united with others.  Some one issue concerns include climate crisis, gun control, nuclear arms containment, campaign finance, pollution, minority rights and discrimination against a variety of people.  Most of them would be classed as liberals.  In general liberals are seeking change while conservatives feel comfortable with the status quo.  What complicates it is that the very wealthy want to set the rules so they come out on top.  It would be easy for the masses to vote for lower taxes and greater benefits and to actually limit the ability to pile up more wealth at their expense, but they don't.

Human nature being what it is there will always be a wide variety of opinions and there will always be some who are better able to marshal circumstances to gain power .  If voters are able to study every issue they would make better decisions.  It is easy to be self righteous, but the more time and effort put into studying the closer we will come to good decisions.  As there are no end to issues of concern it is necessary to balance them.  Education (not just vocational education) is critical in a nation's ability to make rational decisions.
Posted by John F Davidson at 7:26 AM