WHO DESERVES THE BLAME? 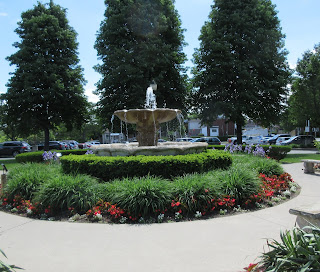 Iran has very recently acknowledged they did fire the missile that caused the Ukrainian airplane to crash and kill 176 people.  As a Canadian it was brought to my attention that 57 of my fellow citizens lost their lives along with Ukrainians, Iranians and other national citizens.  No American lives have reached my attention and it seems likely that with all the American sanctions it would not have been easy for them to depart from the Tehran airport.

The amount of misery derived from this one tragic mistake cannot be calculated.  A lot of people with a lot of potential (many were children, others students) and many already doing notable things to make the world better.

To many it seems obvious that an Iranian pushed the button, ok'd the system that made such defensive action possible and someone forgot about the danger even if that was because such circumstances had never happened before.  Iran has admitted their error and will likely do something to ameliorate the damage.  Their reaction to the American provocation was almost knee jerk, if not surprising.  There were probably arguments about the best way to handle the delicate situation.  They knew they could not win a conventional war against the Americans, but if they didn't respond Americans would be encouraged to be more aggressive.  There were many "targets" and many commentators suggested Iran would likely take a long term view.  According to some reports there were no Americans killed or injured in the missile attacks at the military bases and that most likely was the aim--demonstrate Iranian capabilities without unnecessarily provoking American retaliation.

For a time it seemed that Americans were indeed recognizing that the Iranians had shown some restraint.  Nonetheless they continued their justification for the assassination of Qassem Soleimani and have added more economic sanctions against Iran and requested more co-operation from their allies.

Stepping back only a few days who is responsible for the decision to kill an Iranian military leader.   It was noticed that the American politicians, Trump and Pompeo used the word "terrorist" as it made their procedure more "legal."  Apparently the decision was made with classified information.  It may well be it is necessary to protect information sources, but there has been a lot of inconsistency, enough to offend some prominent Republicans.

It may be no coincidence that Trump's efforts to dismiss impeachment have run into some obstacles.  He has been able to stop witnesses and withhold documents that might incriminate him further.  He realizes that although he might avoid even a Senate rebuke the whole process makes re-election more difficult.

As it happens he has assembled an advisory group that favors attacking Iran.  Trump himself identified the Iran Nuclear agreement as an election issue, declaring it an unacceptable deal.  It is true that many Americans would agree with him and it so happens that as he has aligned himself with both Israel and Saudi Arabia they would also argue against Iran.  It has been suggested by some (include me in this) that Trump felt slighted by Obama and wanted to undo anything Obama had been praised for.  Supposedly Mike Pompeo (with some evangelical connections) has long argued to attack Iran and had identified Soleimani as a target.  George Bush and Barrack Obama had both had Soleimani identified as an enemy but rejected assassination as not worth it.

Expect more efforts to justify the assassination.  No argument that Soleimani was a dangerous opponent and had done plenty of injury to American interests.  It should not have been a surprise that although he can be characterized as a "terrorist" other people saw him as a "freedom fighter."  He first got involved in military affairs when Iraq invaded Iran after their Revolution, quite likely with American encouragement.  Many would not accept the Iranian overthrow of the friendly Shah or that  Iranians would identify with other Shiites.

Americans can easily recall the hostage taking that ruined Jimmy Carter's re-election.  52 embassy staff were held against their wishes for 444 days.  It is hard to justify that, but most Americans are uninterested and unaware of the background.

You could go back to colonial times and learn that the Brits and to a lesser extent other Europeans and Americans had locked up Iranian oil resources.  An elected Iranian Prime Minister, Mohamed Mosaddeq decided it was time to get a better deal for Iran.  Britain asked for help from President Dwight Eisenhower and in 1953 the CIA arranged and participated in a coup that put the Shah  Mohammad Reza Pahlavi in power and later helped  (along with Israel) set up a secret police that was hated by citizens.  Unless one has lived under a system controlled by secret police it is difficult to understand how it must feel although we all say how much we love freedom.

One of the ways of bringing down a dictator has been through religious fundamentalists.  Another example is the role that Karol Wojyla (who later became Pope) played in the Polish resistance to Communism.  Many people hated the government, but it was very dangerous to express their resentment.  The Catholic faith attracted many followers and through the church were able to diminish the power of the government and eventually play a role in the downfall of the Soviet Empire.

Similarly the Iranians were restrained in their efforts for more freedom.  Like the Poles they found that a fundamentalist leader, in this case Ayatollah Khomeini exiled in Paris was the most effective focus.  He rallied the people against the Shah who was overthrown and fled for his life.  Jimmy Carter who had lessened some of the worst abuses felt obligated to to provide refuge and medical assistance.  America was seen as the one who instigated an oppressive government and protected an enemy of the people.  More details from an earlier post:  http://www.therealjohndavidson.com/2019/05/alarm-bells-on-iran.html

Students had been in important force in the Revolution and saw an opportunity to attack the Americans.  As I understand originally they just set out for a protest, but got carried away.  As a student many decades ago I could identify what we called "shit disturbers" upset with some university injustice and tried to dismiss a governor.

Americans have never forgiven the Iranians.  All American politicians have to be careful how they address Iran.  Obama recognized a concern for nuclear proliferation and one of the critical stress points was Iran, in the middle of the volatile Middle East.  A lot of westerners were concerned about all the warring factions that threatened energy security and of course Communist efforts to take over the world.  Iran as the major Shiite power surrounded by rival Sunnis was heavily involved.  They of course saw themselves as representing their national and religious interests.  Obama identified the nuclear danger--Iran was edging towards nuclear power which could include weaponization.  The fear was that if they got weapons, Saudi Arabia and Egypt as major Sunni powers would also want the bomb.  A neighbor, Pakistan already had the bomb and Libya, a Muslim nation had given it up.

Obama was supported by a number of other nations including allies and potential enemies saw a potential for global danger.  The powers with their own unique viewpoint agreed to unify to force Iran to pull back.  It was a long difficult process, but in the end an agreement was made and as usual with such agreements not everybody got all that they wanted.  One item that was crucial was the return of Iranian money that had been frozen after the hostage taking.  This has been interpreted as a bribe to get Iran to co-operate.  The notion has been debunked, but even today is still asserted as a crime of Obama's.

All I have done is set up a scenario for tension.  We all played a role in this tension.  Even self righteous bloggers like myself played a role.  Like others I drive a car, in my case an older relatively inefficient car.  Politicians in many nations realize there is much hatred (and ignorance) against Iran and many have had an impact on the situation.  Although most of us are concerned about issues closer to home they become part of a package that at least touches on Iran.  Canada has a unique role--at the time of the hostage takeover we were not considered a "Satan" and were able to rescue some of the American hostages (which most Canadians, myself included are proud of).  One of the effects of that role was breaking off diplomatic relations.

All this history and viewpoint is of small interest to the many grieving people left behind.  Many others feel self-righteous about who to blame--obviously the Iranian government and the Trump administration.  There will be legal and diplomatic maneuvering which will not satisfy everyone and is only cold comfort to the many grievers.  What I hope comes out of this tragedy is a better understanding.  We humans can't ever know all the background to any action or foresee all the consequences.  We can stop to ponder that in fact what we don't know is important.  Yes, we all have to make decisions and live with the consequences.  If this sounds weasely perhaps you are right, but let's be honest there isn't enough understanding in the world and we need it desperately if we are going to survive as a human race.   Unfortunately I anticipate there will be many more decisions made with disastrous consequences that most of us don't understand the connections (me included).
Posted by John F Davidson at 7:08 AM