PREJUDICE AND DISCRIMINATION: SURVIVAL MECHANISM THAT HANDICAPS US 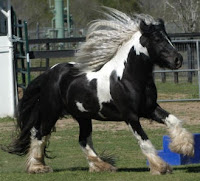 You may think you are not prejudiced and that you do not discriminate, but you are deluded.  Of course you are and you do.  You needn't feel ashamed as everyone else is in the same boat.  While I will argue prejudice is a survival mechanism, it and discrimination are also severe handicaps on human survival.

All humans are not the same and it doesn't take us long to start noticing the differences.  Perhaps the first noted distinction is size.  Parents and other adults are big and we are dependent on them.  Gradually we learn which ones we can count on to help us.  Most of us are carefully protected, but gradually we are allowed some independence as we learn to eat on our own, walk and assert our desires.  Our pre historic ancestors could only survive if they could fight or flee in an instant.  The word discriminate should be qualified in some cases when it refers predominantly to racial, religious or some other narrow criteria.  We still need to discriminate regarding honesty, reliability, maturity, friend/enemy or we can easily get into a series of poor decisions that will limit our future options.

At the University of Guelph, one of my courses was titled "Prejudice and Discrimination" and was very well taught.  The professor made the point that we absorb a pride in whatever group we identify with, but that naturally also comes with the feeling that we are somehow better than other groups.  We were assigned a major essay on what we were prejudiced about.  Although I lived at various times with my two grandmothers I chose old people.  At the time a popular tv show, "Laugh In" had a regular sketch about a dirty old man while at the other extreme wealthy elderly men were always stealing attractive young women.  Women were tagged as old hags.  Now that I am in the category I directly know that there is age discrimination and also that I, like everyone else have a first impression of every new face that effects my decisions.  Race is only one category and other categories that we judge include age, sex, sexual orientation, religion, handicapped, dress, etc. etc. etc.  In today's society people decide to blend in or in at least some way stand out and either way someone will inwardly pre judge you.

In addition to fear or disgust with the "other" we all feel a pressure to conform.  Conforming is just a short cut decision to avoid examining any person or issue more closely and maintaining the comfortable status quo.

We learn to identify differences in appearance, then in behavior, then with beliefs.  Beliefs include not only religion and politics, but also sports teams and musical bands.  Do you still think you are without prejudice and don't discriminate?  Trust is very important and obviously those similar in appearance, behavior and beliefs are easier to trust.

As an adult finding myself in a career where I needed to understand horse owners in order to sell ads I stumbled on a book about breeding horses for color.  Fascinating and attractive, the author pointed out that it was more important to breed for behavior and performance, but many owners gravitated to horses that were attractive.  Many of us respond to color and appearance with our pets.  One of my favorite cats is black and white and it was pointed out to us that many would consider him black and avoid him for all the witch connotations.

Some "whites" joke that all Chinese look alike.  One of my son's closest friends in the elementary grades showed up very unexpectedly in another city in an adult setting and perhaps because he had spent a lot of time at our house I recognized and talked to him, but I took sort of a perverse pride in my ability.  I am not so good at picking out some Asians I know from a crowd, depending on my familiarity.  Among Europeans we notice slight changes in skin tones, hair color, hair styles.  As we become more familiar with our non European friends and acquaintances we learn to appreciate their unique qualities.

Everyone holds some ideas as integral to who they are.  "The Righteous Mind" by Jonathan Haidt made me realize prejudice still steers my thinking. http://www.therealjohndavidson.com/2013/02/the-righteous-mind.html   A current prejudice I hold is that anyone who supports Donald Trump must be stupid and/or prejudiced.  I am aware that some people feel "stupidity" is a charitable term used to avoid saying they are evil, a term that perhaps we hold in more contempt.

Irshad Manji, suggests you might ask "Could you help me understand what I am missing about your perspective?"  It won't work unless you are sincere and follow up.  Not every one will respond but some would welcome an opportunity to explain themselves.  This is not a time to attack their logic, but to delve further.  When people feel degraded it lights a fuse that can lead to a lot of harm.  Check:  http://www.therealjohndavidson.com/2019/08/dont-label-me-is-for-everyone_11.html

Abraham Lincoln once said "I don't like that man, I must get to know him better."  First impressions are not always accurate.

National unity or group unity has always been important, but it is time to wake up to the fact that diversity is critical to finding and accepting solutions to the civilization threatening global problems such as nuclear proliferation, climate change, pandemics, pollution and sex and drug trafficking,

Embrace the differences  We are all unique individuals with a blend of factors that include body type, style, age, sex, awareness and background, temperament and oh yes, race.  Humans regarding new things tend to fall into three categories, those of us who are attracted to new things, those of us who are repelled by new things and the majority who are open to new things, but wait until someone else expresses an interest.  Most of us have different dispensations depending on the issue.  You can't so much about your natural inclination, but you should make a conscious effort to be more open.  Read more:  http://www.therealjohndavidson.com/2012/08/new-understanding-our-need-for-novelty.html  Enrich your life.


photo by Marshall Davidson
Posted by John F Davidson at 5:07 AM