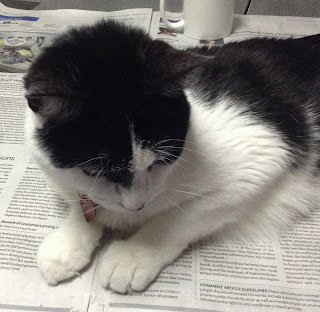 For many progressive thinkers the death of Ruth Bader Ginsburg has been upsetting.  The dynamics of current politics is confusing.  Those with the power to replace her seem fanatical and oblivious to fairness or rationality.   On the other hand most voters are supportive of delaying an appointment.

The hypocrisy of Republicans is upsetting.  They used their power to ignore the right of a Democratic president to nominate a Supreme Court Judge rationalizing that it was too close to an election and that it was ok to have the court with 8 judges.  Where do you draw the line of what is too close to an election?   11 months or 44 days?  Obviously the decision will affect the election.  Does the elected president have the power to make the decision or at some point should they defer to the voters.

It is claimed that the Supreme Court will need 9 judges should the anticipated contested election results occur.  And if one side gets to choose the potential tie breaker they get another major advantage.

To all voters there is a lot emotional packaging tied up in this election already.  From the point of view of most voters we are already dealing with a frustrating unfair situation.  The 2016 election ignored the will of the people and automatically used the electoral college to determine the winner.  Of course Trump gratified his base with his first selection and the Democratic opposition co-operated.

Then Justice Kennedy, the swing judge decided (or was persuaded) to retire.  Along the way it was revealed that his son had loaned Trump money when nobody else would.  The nominee Brett Kavanagh apparently had a history with the swing judge and also had been noted to favor more executive power to the president.  We already had much legal action against Trump, but none of it seemed to stick.  The entire judicial system was being altered to be packed with conservative judges who could be counted on to support the evangelical base and a president who might need some legal support.  The Kavanagh nomination was contested with many Republicans claiming unfairly attacking a conservative.  All the same the Democrats were unable to get all the witnesses and procedures they felt were required.

There is no constitutional barrier to the Republicans getting their way.  A few Republicans are not co-operating.  Perhaps they have some moral convictions and maybe some of them think it may make them look bad.  Possibly the conservatives might be able to get their way before the election which will either be cheered by some voters or upset others.  If there is a lame duck session the defeated Republicans could get their revenge.

Power is easily abused and many of us can find ourselves swept up in the waves.  Progressives like to feel we are the rational ones but are stuck with the fact that emotions will carry the day.  Is it possible that there could be strong enough backlash to overcome evangelical fervor?

For some the whole point is to make abortions disappear.  Many progressives think that is commendable if somewhat naive.  The Republican's real agenda has always been economic--they want to lower taxes, lower services and deregulate.  To us they seem very self-righteous, but many of them realize their agenda is a losing one.  They have discovered they can leverage social concerns which means take advantage of prejudice and ignorance.

To return to the most emotional issue, those against abortion need to examine if the law is the best way to attain their goal and are there any consequences.  A lot of abortions can be stopped because accessibility can be very restricted.  The rich always have the option of going outside national boundaries and even the embarrassed self righteous may use foreign options.  There will be either money grubbers or sympathetic people with medical skills willing to defy the law.  Desperate people feeling trapped may attempt home remedies. Without proper medical supervision and facilities it can be predicted mothers will die and others will become infertile.  The founders of Freakonomics did a study of why crime stats were declining and considered a wide range of factors, but one unexpected factor could also be linked.  Crime rates significantly declined about 20 years after the Roe v Wade decision.  The thinking is that unwanted children are handicapped. and raised with a lot of resentment.  It could be because a father is missing or it could be because of poverty.  This should be a society concern that can be dealt with among other things, sexual education, contraceptive access, parental leave, tax incentives.  The real change will only come when people understand the issues better.

Perhaps it will be impossible to make some people even consider other issues, but there are and many have life and death implications.  The Supreme court will be ruling on health care issues and it is entirely possible that tens of millions will lose coverage.  With today's precarious economy everyone is in jeopardy and more importantly the current pandemic illustrates how important community health is to every individual.  As long as one feels secure in their health coverage they may not realize that anyone being sick without support effects everyone.

The Supreme court has many other legal issues that effect everyone.  One very big example is campaign financing.  Americans are increasingly controlled by big money entities that frankly are just trying to squeeze more money out everyone else.  They know what legal support gives them the power and they also have increasing accessibility to big data.  The Supreme Court had ruled that corporations have many of the same rights as citizens.

Originally the American system was based on a system of checks and balances, but as the president gains more power the checks and balances are in disarray.  The Supreme court has favored presidential executive powers and as an example have been able to protect Trump against having to reveal his taxes.

For many of us everything revolves around our distaste for Donald Trump himself.  He has lied and deliberately misled even his base.  He has ignored advice from his staff.  The Russian connections are still a mystery, but there is something very troubling.  The main thrust of impeachment efforts was to convict Trump for holding up support for Ukrainians in their efforts to resist Russian aggression.  Republicans dismissed claims, but few who listened to testimonies were reassured.  It is also hard to ignore Russian efforts to get Trump elected.  Although there might be other motives, it does seem that Trump is following Putin preferences by breaking up international co-operation efforts with prime examples of the Iran Nuclear Agreement  and Paris Climate Change Accord.  Check:  http://www.therealjohndavidson.com/2019/06/house-of-trump-house-of-putin.html

A lot of what concerns progressives could have been dealt with by an election victory, but now we are concerned about a Supreme court appointment that could impact for three or four decades and even decide election disputes.  The remedies are controversial.  Adding another 5 new Supreme Court judges could trigger spiral reactions.  Trying to impeach an existing judge could also generate repercussions.

What to do?  The most practical strategy would be to try to persuade a few more Republicans to vote against an appointment and also to support Mark Kelly who can be a Senator as early as November 30th.  Appealing to their conscience will have a very limited effect.  Stirring up their election prospects bearing in mind that most voters are not in favor of an obvious abuse of power.

I do not think it wise to commit to drastic measures such as packing the future court.  But Republicans need to be aware there will be consequences.  One thought that occurs to me is future legal action against Trump himself.  The danger is from his base who may actually act violently.  Still the evidence against Trump is likely to be overwhelming and may effect some of the base.

The election itself is turbo changed.  The Supreme Court will definitely spur more of the Trumpian base to not only get out to vote, but also to be obstructive and intimidating.  But it will also stir more stay at home fence sitters to be more active against an obvious abuse of power.  The Court issue has to be expanded beyond abortion (Democrats and independents would also like to alleviate the concern).  In general the voters need to be aware of big issues such as handling the pandemic, climate change and go back to how the Democrat team including Biden turned the economy around.

The election will reveal real options.  The Republicans may feel a Supreme Court appointment is their last chance to effect the Supreme Court and feel it is a duty.  If the election is overwhelming they may realize the people have spoken, but we may have to deal with fanaticism.

A list of candidates from Joe Biden is not a good idea.  Whoever is included would be relentlessly criticized.  It would also hem in his future options.  My favorite candidate would be Barrack Obama, but that would stir up a lot of opposition.

There will be developments every day.  One effort will be to persuade four people that it is in their personal interest as well as the country's to not agree to a nomination.  They have to present the dangers to the public who in turn will help in the persuasion effort.

Who really has the power?  The people?  or the evangelicals? or the Trumpers?