Trump as a Tool 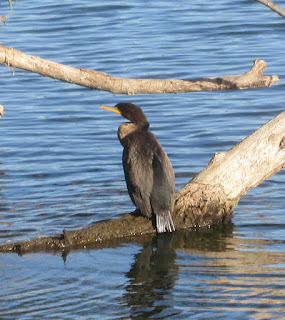 The January 6th investigation is making us aware of how desperate one person wanted to retain power.  That is bad enough to warrant jailing an ex president, but additionally his policies and practices were not in the best interest of most of his constituents.  Many of his loyalists will stick with him as they believe the end justifies the means, i.e. it is too bad his strategy didn't work.

We are used to thinking of Trump as a con man commanding a lot of loyalty.  Perhaps we need to think of him as a tool.  He did not get to this position of power without the support of millions who thought they would be getting some benefit.  An earlier blog itemized groups that enabled Trump to gain power, but in reality they thought there was something in it for them.  http://www.therealjohndavidson.com/2017/07/trump-enablers.html

He was smart enough or maybe greedy enough to project what he would give an aggregation of groups in return for their loyalty.

Starting at the top, the very wealthy who rationalize their wealth due to their hard work and talent.  They feel entitled to be on or near the top and resent taxes and regulations that hamper their notion of themselves.  The smarter ones realize they have to deal with democracy and the masses wouldn't support their demands.  They discovered social issues can attract votes.  Just as they enjoy their status and fear change, so do many others, even those nearer the bottom.  They needed a charismatic spokesperson.  In the past an entertainer Ronald Reagan, fit the bill.

Some of the wealthy people got there through exploiting fossil fuel and literally millions more are dependent on the industry.  Logic tells increasing numbers of voters that climate change might be true and would be very scary, but many are ridiculed for their thoughts.  Another wealthy group includes  the insurance industry. There are others who find it profitable to use monopolistic powers to gain more profits. As inequality increases, power concentrates.

In order to make sure their greedy wishes are maintained they have to find others who are dissatisfied and will overlook their motives.  Here are a few issues they have corralled for their benefit.

Abortion has proved to be a very emotional issue.   Huge numbers would consider killing an unborn baby to be sinful, but are unconcerned about women desperate enough to avoid the medical and societal consequences to attempt dangerous remedies.  They overlook that unwanted children are already clogging up society and we are all paying for it.  Many reject obvious solutions such as sex education, contraception, parental leave, etc.  The anti abortion people will make this their deciding factor on who to vote for.

There are many short sighted bigots who fear they might have to work harder and have to share what they see as limited resources.   They are afraid of "others" they are ignorant about.   Now that LGBT people are more open, more "normal" people are creeped out.  It is easy to blame problems on others.

Gun rights advocates, despite the obvious repercussions of mass killings and high homicide and suicide rates are adamant.  The NRA is concerned about profits and they too can profit on fear.  Some are isolated from violence  while others are afraid and need protection.  They interpret the 2nd amendment to be self serving and have convinced many self righteous to agree.  So the NRA can boost their profits by harnessing fears.

The media is increasingly controlled by the wealthy and they have more available technology to slant our views.  The Roman elite controlled their masses with "bread and circuses."  Today we have loads of entertainment to distract.

The bottom line is those with vested interests need a charismatic leader who can pull enough support for their interests.  Originally the American Constitution was written by slave owners and others who wanted to protect their life style.  Women were not considered and poor had nothing to leverage with.  The result was an electoral system that favored  property owners and slave owners.  Progressive forces have opened up democracy for some, but have met with resistance and vested interests using their resources to maintain their status quo.

Sooner or later Donald Trump will be put in jail or die.  The search for another charismatic leader will continue for someone who can convince the masses to overlook their financial best interests and the good of the country to allow the powerful  to stay powerful.   There are many conservatives vying for the power that will in effect be used against the majority who think they are getting something in return.