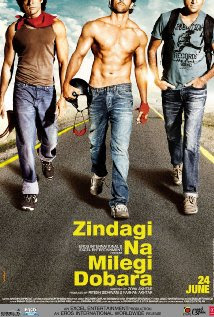 Talk of the Oscars will soon be starting and like everyone else I have a few thoughts on what movies I think should be recognized. A few confessions right up front. I love foreign movies and probably have a bias. I don't go to many movies as they are released, waiting til the ones that look good are available through DVD. I have learned of many interesting movies from reading lists and hope that my list might help you select an enjoyable movie.

I do see a lot of movies, (over 160 in 2011) most of which are screened through reviews (another bias, but I do think justified). I look at critics (eg Rotten Tomatoes), but also regular viewer (eg. IMDB). I can't escape that each of us has a different perspective and when deciding which movies to pursue you need to allow for the bias and prejudices of whoever is pontificating. The movies listed are all ones that I personally viewed in 2011, but were not necessarily made or shown in theatres. 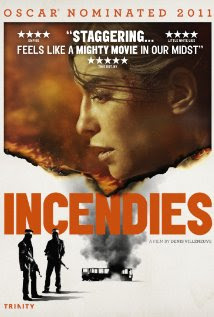 Also I find it demeaning to rank movies and dissect them down to a number. Although I am guilty of it, I don't think it necessary for the purposes of this list. Some movies I will just list and others will give some details. I enjoyed many movies, but narrowed the top performances to this list

Top English speaking movies released in 2011 that I liked.

"The King's Speech"--an unusual topic that illustrates how important some things we take for granted can be.
"The Help"--hard not to laugh, hard not to appreciate the hypocrisy.


other English language movies I liked in 2011, but released before.

"Temple Grandin"--showing the value of all human beings even those autistic
"Wallander", 2nd season--I have come to love the Swedish novelist, Henning Mankell--BBC showed good respect in the tv mini series
"The Next Three Days", starring Russell Crowe--directed by Paul Haggis, based on French movie the trailer made me think an action movie, actually very clever
"Inside Job"--a documentary explaining the corruption and self serving that led to 2008 financial disaster--demonstrates absolute need for regulation
"Millions", an English film shown at Hamilton Film Festival--masquerading as a kids film
"The Englishman's Boy"--made for Canadian tv based on book by Guy Van der Haege--well written and hits home how Hollywood did commercialize history

Moving to Asia, mostly Bollywood
The best of the Bollywood lot for 2011 was "Zindagi Ni Milegi Dobara"--set mostly in Spain with a fair amount of English dialogue--really a road trip with three guys with a little romance and dramatic tension thrown in--very pleasant music, great acting, well put together Hrithik Roshan, Farhan Akhtar, Abhay Deol, Katrina Kaif and Kalki Koechlin.
"Mod" was a fairly good movie released in 2011 that led me to checking out movies by Nagesh Kukunoor, a low budget director, writer and occasional actor. Better ones were "Aayshaein", "Iqbal", "Three Walls", and "Dor" which were all superb movies. I watched a few of his lesser ones.

"Once Upon a Warrior," actually in the Telegu language, picked up by Disney World, a delightful children's movie
Before leaving Asia just remark that I also enjoyed movies from Japan and South Korea

Back to North America.

One of the most brutal movies and best done was Canadian, in French, "Incendies."  It is very layered as you nudge closer and closer to a sickening conclusion. It points out the evilness of hatred.

There are a lot of director/writers and actors that made viewing more pleasant. Amongst directors I would like to mention Paul Haggis, Nagesh Kukunoor, and Farhan Akhtar. Amongst actors would like to mention Colin Firth, Matt Damon, Russell Crowe, Aamir Khan, Shreyas Talpade, Romain Duris, and Nicholas Campbell. Audrey Toutou was priceless in "Priceless", very true, even if a bit opportunistic.

Perhaps I missed a few of your favorites. Love to hear what they were. I will be looking for new selections.
Posted by John F Davidson at 1:18 PM