The Bollywood Gender Gap and Culture 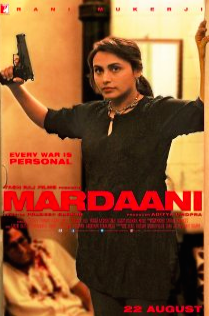 What makes you decide which movie to watch?  Of course some of us look at a lot of details, but for this post I am interested in whether the male lead or the female lead influences your decision.  Even this can be a bit difficult as many of us go as a couple and have to consider the opinion of our companion.  Even with same gender groups, decisions may partly be made by whether or not they are looking for the opposite sex or to affirm their own gender culture.

Most of us very definitely like to look at the opposite sex and the more attractive the better.  Men also  like to see what masculinity standards and which approaches to desirable women work.   Women also want to see what fashion (and behaviour) standards are important. Members of the LGBT community might spin things a little differently, but have a definite interest in gender issues.

With all that, it is fair to say that we are attracted to both male and female leads and roughly equally.  Strange to say that is not reflected in their pay.  Some reports regarding Bollywood point out that in the past the male lead has been paid as much as ten times what the female lead is paid.  Also there are more significant male roles in the film industry. 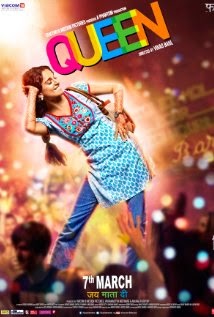 India, like many other cultures has a long history of male dominance.  Men are the ones with the aggressive hormones that lead to fighting and bossing.  And they have been the ones controlling the money.   With men dominating families in real life it was naturally reflected in films.  Not getting pregnant helps men develop leverage for salary negotiations, but really it is primarily their traditional position in families.

Negotiating for compensation for films can be complicated.  Seldom is it a straight fee, often it is a share of the profits with different calculations used.  Females are less inclined to accept share of box office receipts in lieu of a larger fee.  Both established actors and actresses can make a big part of their income from product endorsements.

Athletes were at one time demanding what seemed like large amounts of money and one of the rationalizations was that their careers were short and risky.  Actresses, particularly the ones whose avatar must reflect youthfulness and attractiveness are subject to a short big income career.  In India years ago it was taken for granted that when a woman gets married she retires from whatever work she was doing to concentrate on household duties.. 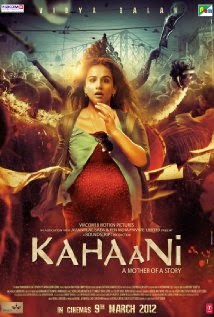 Today more Indian women are working outside the home and more unmarried couples are attending movies as dates.  If a young man wants to make an impression he will have to consider what his prospective date would be attracted to.  Women want to see their lives reflected in what is shown on screen and this is starting to happen.

To me one of the reasons Western societies have gained prominence has been their willingness to give women more credit and more responsibility.  Getting the vote was a big breakthrough and so was their contributions to war efforts. Glamour is still important (to both sexes), but as women achieve more economic, social and political power they need to be represented by a wider range of activities. Women  in India are more visible in policing, the military, politics, business and even boxing. 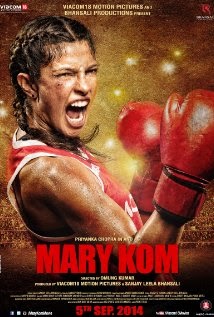 Women consumers have enough clout that women centric movies are more common.  Examples include "Kahanni," "Queen," "Mary Kom," "Mardaani," and "English Vinglish."  There are still plenty of male oriented films with the women serving merely as props for the men, but there are changes there as well

Bollywood actresses are looking for something more meaningful than complementing the male lead.

Nandita Das has played her share of romantic roles, but has sought more meaningful roles--for my first awareness she played a gun toting rebel in "A Peck on the Cheek.." In " Provoked" had her playing an activist in a wife abuse case.   She has written and directed "Firaaq" concerning the aftermath of the Gujarti riots. She had had key roles in Canadian Deepa Metha's films "Earth" and "Fire" set in India. The latter film was very controversial with Nandita's role at the centre.

Juhi Chawla basically played romantic roles in her early career, but was smart enough to accumulate resources to get involved in film production and has produced four movies. Rani Mukerji (who recently married a producer), Vidya Balan (also married a producer), Kangana Ranaut and Priyanka Chopra have all had leading glamorous romantic roles, but have sought more meaningful roles and more money.  Deepika Padukone is supposed to have received bigger contracts in recognition that she does attract big audiences.

Mira Nair got started with documentaries and then in1988 directed and helped write "Salaam Bombay" which was nominated for the Oscar best foreign film.  She is most famous probably for "Monsoon Wedding"  I was very struck by "The Namesake."

Farah Khan was a noted choreographer for popular dance sequences.  Her ability to organize the most elaborate dance routines gave her the opportunity to direct "Main Hoon Na" and continues to direct big budget films.

Women directors are now receiving more opportunities and also getting involving in producing decisions.  Gauri Schinde, after doing ad commercials and short films made her feature "English Vinglish" in tribute to her mother who ran a home business and never spoke very good English as a sort of apology.  Sridevi made her comeback in this film.  It might be a step for female directors for women centric movies, but it might be a bigger step for them to direct big budget male oriented movies such as "Zindagi Na Milegi Dobara" directed and written by Zoya Akhtar.

As women direct and produce more films they will give the female perspective more emphasis.  As more consumers accept their critical importance to the success of a film (financially and artistically) they will get closer to pay equality.

As India achieves more gender equality it can create its own momentum.  Real life inspires movies and movies in turn inspire more dreams that reach towards reality.  There will always be gender differences (thank goodness), but it will be better for all when there is more gender equality.
Posted by John F Davidson at 1:35 PM