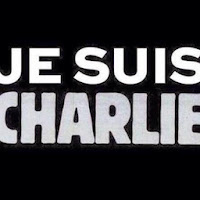 Are we really free to express ourselves?

After the Charlie Hebou terrorism the talk has mostly been about religious fanatics and racial overtones are evident as well.  Fear has reared its ugly head again.  I think back to another posting about "Talking to the Enemy," by author Scott Atran, a Franco-American scholar.  You can read my thoughts on it at http://www.therealjohndavidson.com/2014/11/talking-to-enemy-how-else-can-you.html

We are all fearful of "the other."  It might be a race or religion we do not understand.  The key thing is we do not understand them and our ignorance magnifies differences and minimizes similarities.  Scott has gone behind the stereotypes to question what drives terrorists and it is not what he originally thought.

Humans have evolved (a dirty word in some circles, but critical to understanding human behaviour) as groups.  An individual could not have survived the dangers inherent in our beginnings, but learned that teaming together helped us overcome many difficulties.  One of the difficulties proved to be other groups (perhaps separated by language, geography, race, culture).  Other groups would inevitably try to encroach on their territory and they would fight back.  The better organized groups prevailed.  Critically the strength of their group increased by their group identification.  Religion proved to be a key element in that identity.

Scott, an atheist would argue that religions have a lot of elements that might be considered" absurd" by outsiders.  But agreement on what absurdities are special or sacred to the group unites the group.  As a "Christian" nation some of us can identify with people in far lands of different races and even different customs as part of the same important group.  We should not be surprised that other religions such as Islam carry a wide identification including many nations and races.  When any of our religious affiliations feels threatened it can result in intolerant, even irrational behaviour.

Scott also learned that many terrorists knew each other playing sports or going to the same schools.  These group activities reinforced other group identities, but he found usually these social activities were instrumental in their identity.  Twisted logic can provide an opportunity to demonstrate group loyalty.

In another post I noted Jared Diamond's observations dealing with primitive cultures in New Guinea where strangers were scary and coping mechanisms had to be developed;
(http://www.therealjohndavidson.com/2013/06/jared-diamond-expanding-our.html Just as we needed to learn to tolerate strangers in small settings we need to better learn how to tolerate a much wider range of strangers for the world to survive with its new set of dangers.

We need to respect other people's beliefs (not necessarily agree with them).  We need to tolerate their ignorance and disrespect of our beliefs.  Provocative behaviour needs to be carefully guarded against.  Understanding needs to be a higher priority.  Yes, Charlie Hebou was provocative and no doubt profited by it, but they also made people think, not necessarily agree.  There are other avenues to address being offended than killing such as boycotts, education, self-examination and even ignoring. Other Charlie Hebou targets included other religions and many politicians and celebrities.

Free speech suffered a terrible setback and many people all around the globe will be fearful of expressing anything considered controversial.  Muslims will pay a big price for the actions of a few--prejudice, hostility and possibly legislative decisions around the globe.  Ironically European legislatures have been voting on Palestinian efforts to gain more recognition.

When you better understand another person you are less likely to disrespect them.  Many things need to be questioned and sometimes the questions can be offensive to others.  At Charlie Hebou they performed a necessary function in the world by questioning things that are considered too "touchy."

None of us deserve to die for our beliefs or expressions that stop short of killing others.  They say words can kill, but really they only provoke.  For mankind to survive such things as climate change, possible nuclear war, resistant diseases, tribal warfare and other known and unknown potential forces we will need to overcome our prejudices and work with others.  Respect at least enough not to kill others or discriminate unfairly against "the others."  I recognize that we need each other and believe we can each contribute to the betterment of mankind.

Not sure if tolerance is needed for understanding or understanding is needed for tolerance.  If you start with the thought that other human beings have something in common with you, you may find that the differences are more interesting than threatening.  In my 60 plus years  it amazes me how my peers looked down on foreign food, but now many of them now seek it out.  Same goes for all sorts of things and as we soak up more knowledge our lives are enriched.

Each of us as individuals have responsibility to accept other cultures, but those with real power also have responsibility to protect the long term interests of everyone.  The more people standing up for reason and understanding, the more momentum will be developed. I am reminded of still another post regarding Globe and Mail reporter Doug Saunders working from Britain became concerned about the myths about his new Muslim neighbours http://www.therealjohndavidson.com/2012/09/the-myth-of-muslim-tide-book-review.html Really just demonstrates that misinformation is very influential.

When efforts were made to listen for messages from outside earth it was feared the reason we were not able to detect any was that civilizations that could reach the technical ability to send messages were also apt to self-destruct.  In simple forms it often seems that we reached our level of technical expertise in selfish competition and continue to compete when we need to co-operate.  There are many selfish groups (as well as individuals each wanting to take more than they give.

The big question is what can we do as individuals and as society to prevent future occurrences like the one at Charlie Hebou and still enjoy the freedom that prevailed beforehand.  The idea of tolerance and understanding might seem glib or naive to many, but there don't seem to be very many workable alternatives.  Are we up to it?
Posted by John F Davidson at 1:38 PM