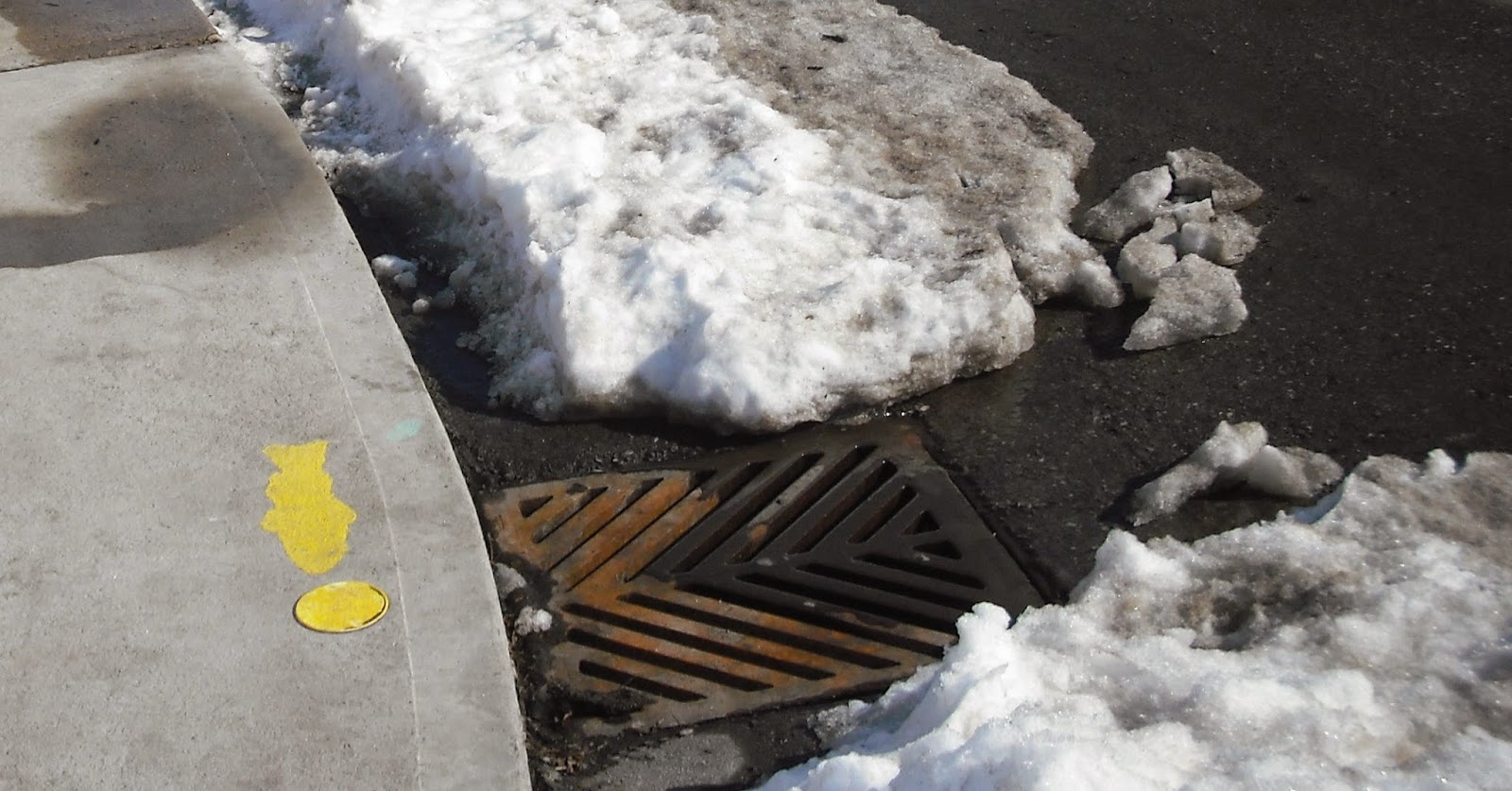 Canadians get a bit antsy waiting for winter to finally end. In the last day or so it seems in my neighbourhood (Hamilton, Ontario at the far west end of Lake Ontario) winter is breaking.  Perhaps some of us are bit too optimistic as one notable thing about weather is how unpredictable it is.

This winter started with two big dumps of snow that impeded traffic, but both just about completely melted down within days.  I felt a bit smug that climate deniers would have to shut up, but in reality we hit a cold snap, lower temperatures for a longer time than we have experienced in a few years.  Some more snow and it stayed.  Parking problems especially for those of us who park on the streets was very awkward even after taking the trouble to carve out a spot with a shovel.

Earlier I wrote about how winter can help build community spirit. http://www.therealjohndavidson.com/2015/02/snowfall-helps-build-community.html

A few more thoughts.  As snow melts during the warm days it may well freeze at night and create slippery conditions for both pedestrians and drivers.  The melt has to go somewhere and it seems a lot of sewers and drains are blocked up.  To speed up the process we should do all we can to unblock sewers and drains.

In some ways the melting snow brings the little boy out in me.  As many people enjoy popping bubbles on packing material I love squishing snow and ice.  The more ice and snow is broken up the faster it melts.

I know a lot of salt is more environmentally safe than what it used to be, but I don't feel comfortable shovelling it on my lawn.  I do confess that I have used more salt that usual these past weeks.  Another notable things is that there has been more ice than usual.  I am not sure why, but it is not a trend welcomed by many. 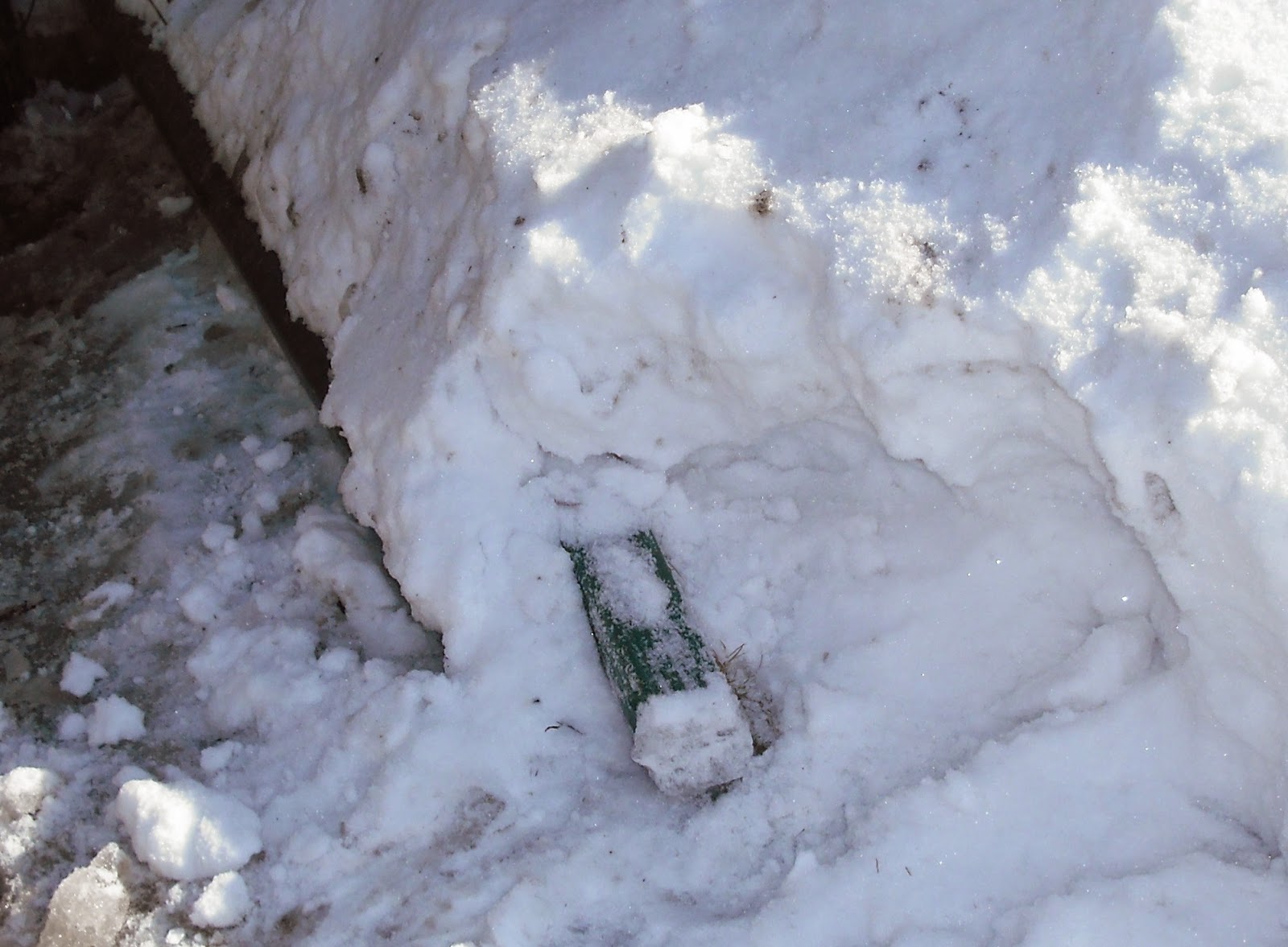 Getting back to my Climate Deniers.  It is true that the term Global Warming has been lost as Climate Change seems more accurate and admittedly more politically correct.  It also seems the eastern half of North America was colder than usual while the western half was warmer and drier in most spots.  The average person (including myself) feels most comfortable with what they see and feel and can rationalize anything that fits their worldview.  Scientists have proved they are more concerned about truth and mankind's welfare than politicians and corporations.  We do need to be open minded, but the evidence is there.

The winter is a challenge for Canadians.  Snow really impedes traffic flow which means it impedes business.  Part of me wants to see it as an opportunity to give work to people who need it.  Another part of me feels we need to provide incentives to appeal to civic good will so that people are willing to do what needs to be done.  Still as a collective unit the city should be responsible for roads and step in where help is genuinely needed.  I still find shovelling natural and perhaps good for me, but at some stage I will be happy to pay someone else to make sure my sidewalk is passable.  Maybe there is an opportunity for someone and maybe it has been going on.

We have been pretty lucky in southern Ontario compared to Boston as one example.  How about you?

Top photo is melting snow going down sewer.  Note the yellow fish which points out responsibility to keep sewers clear for drainage.

The bottom photo shows another overlooked concern.  Ice melting off roof and eavestrough also has to have a place to go.  This particular instance the pipe is stuffed with snow, but eventually it will clear.
Posted by John F Davidson at 5:43 PM