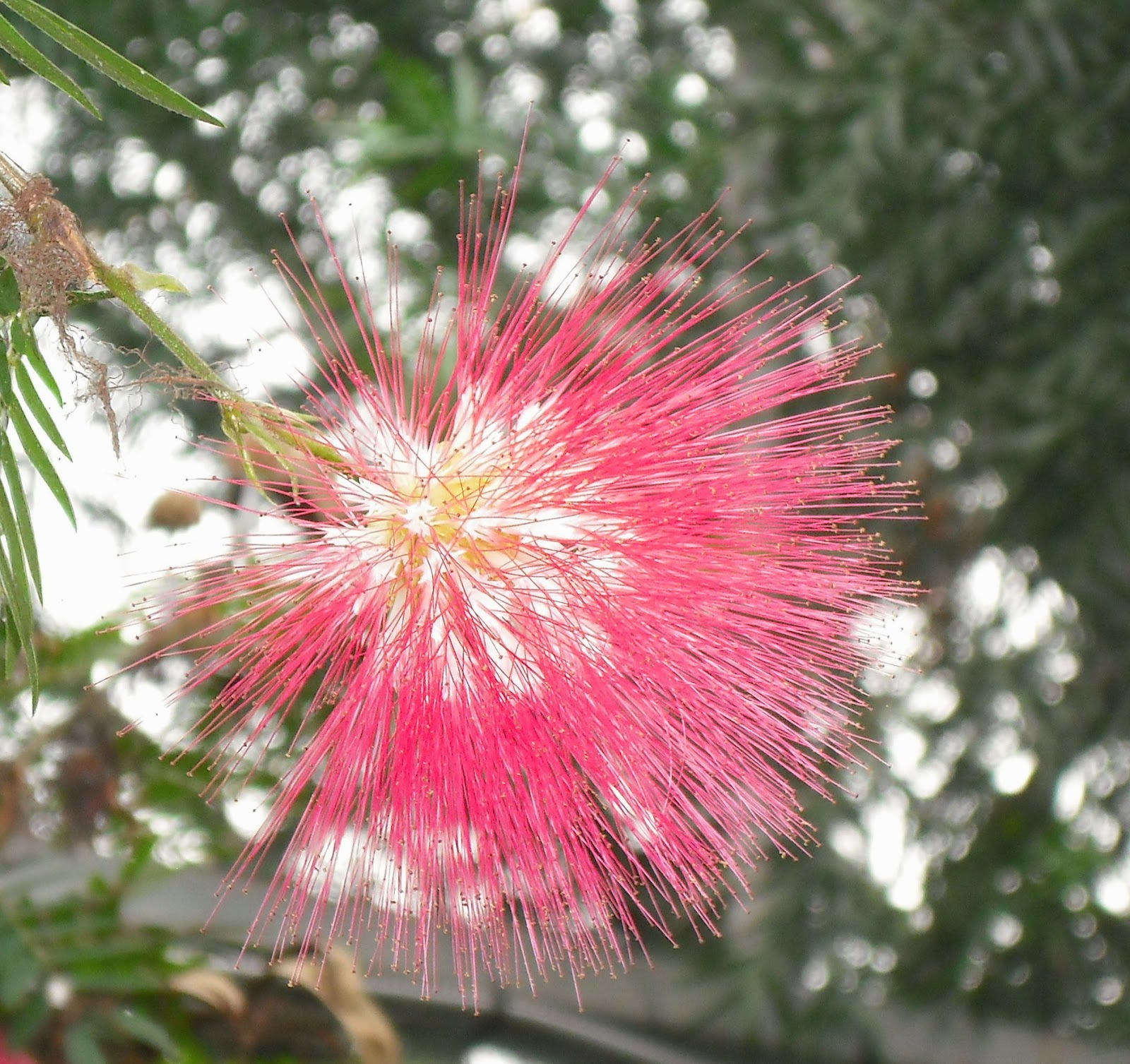 If you think about it most of us in Canada and the United States have it pretty good compared to much of the rest of the world.  But we wouldn't be human if we couldn't find something to complain about.

Taxes are one of the favorite complaints we can all share.  Often there are legitimate gripes about how our money is spent or how some people seem to pay less than their fair share or how complicated the forms are.  One irony is that when government budgets need to be cut,  tax collectors are among those who suffer.

Ironic because they represent at least a partial solution to government budget problems.   Legislators have the option of raising or lowering taxes, or of adjusting spending, justifying their decisions on fairness and need.  Tax collectors, by definition are the ones who execute the actual transfer of money from the people to the government.

The politics of taxes is full of bluster and calculations.  To get elected politicians promise all sorts of things.  Most of what is promised involves spending money.  Other politicians have a different emphasis on lowering spending so they can lower taxes.  They all claim their way is the more fair way.

In feudal times the poor were taxed so that very few could hope to escape their lot in life.  The aristocrats lived relatively well and controlled the rules.  As time went on smart, hard workers helped create a system that gave more people a chance to improve their circumstances.  The Magna Carta occurred because the King wanted more money to maintain  his life style, but also to wage what he felt was a necessary (or at least desirable) war.  Forced to make concessions, this one development allowed for progress for some of the underlings  Many years later income tax was brought on for war expenses.

Progressive income tax seemed easily understandable at one time, but one sometimes hears wealthy people campaigning on the idea of a flat tax.  In fact some taxes such as a sales tax might already be described that way as every one pays the same rate.  When I was much younger,  Elvis Presley was reported as paying a 90% tax rate and it seemed a bit unfair.

What was really unfair was the way it was reported.  He and others only paid 90% of their income that was over a very high amount.  There wasn't much incentive to chase after more income, but again we overlooked accounting strategies such as deferring income, and certain investments or expenses.  I really should have been confident that Elvis managed to lead a much higher standard of living than the multitudes of the less fortunate.

It is generally recognized that some people barely make enough money to survive and up to a certain level they don't pay any income tax.  Other people can survive and contribute a small amount towards the general good and they are expected to.  At different levels people are able to contribute a larger share.  Rich people are in a position to pay more and most usually do.

Although there are more poor people who could if organized influence how the rules are set, it is really the rich that have the most influence.  It takes money to get elected and ambitious politicians go seeking money and all too often find they also get obligations towards their donators.

One concern is that the rich see themselves as different than the poor.  To them it is obvious that they are smarter, harder working and most importantly more deserving.  The smart poor realize they need the rich not only to provide jobs, but also money for the common good and should not be abused. Some rich people realize they need poor people to do things that need to be done, including buying goods and services the rich are selling. but other rich people just think it is a shame that so many poor people expect to be given money and treated equally.

Many of the rules of taxes and spending are set by the rich with little awareness from the many who don't realize they also have power to help set the rules.  Investment money is taxed differently than money earned from manual labour.  Tax rates have been adjusted more for the benefit of the wealthy. There are tax "breaks" for common people that in many cases were offered to win votes as well as an incentive for desirable behaviors.  All of these adjustments have some merit and all voters have a chance to influence.  A government budget is a very delicate operation trying to balance the common good against available resources.  Ideally educated voters realize they need to strive for an optimal balance that benefits everyone.

The rules certainly are complicated, but much of it is for good reasons.  It is difficult to be fair, but when understood, there have been some honest efforts.  There is plenty of "social engineering" where the legislators are trying to encourage behavior thought to be beneficial.  It could be simplified, but a lot of incentives would be lost and likely the wealthy would come out ahead anyway.  Accountants and software designers benefit from the complications and many would lose their educated work.

Aside from setting the rules it seems some of the rich are concerned that tax collectors are an unnecessary and unfair nuisance. They, the rich after all are "job creators" and their life style is an incentive for others to work harder.   If you have the money you can hire accountants to help steer your money so that the government doesn't take any more than necessary.  You can also hide some of your money.  Poor people can admittedly also hide some of their income and if enough do it, it becomes a problem.

Those who work in slaughter houses also have a pretty dirty job, but us carnivores are grateful someone is willing to do what needs to be done.  Tax collectors do not usually get as much gratitude. Fortunately a lot of it is done behind the scenes with automatic deductions from work sources and even some investment sources.  Once a year there is an accounting and many people qualify for a rebate making them feel pretty good and a few people curse that they have to pay extra.  My opinion is that if you have to pay money that means you have had the use of that money for a period of time and if you are getting a rebate the government had the use of your money for a period of time.

When the forms are filled out and sent to the tax authorities someone (computers obviously play a key role) goes through them determining if they are accurate or not and sometimes adjustments are made with resulting whoops and curses.  If you are unlucky you may be contacted for a tax audit.  Fortunately (?) the tax collectors do not have the people power to do everyone or many more of us might find further adjustments.  They are trained to look for triggers that indicate potential problems.  Actually they are pretty good at finding errors or omissions that benefit the taxpayer and rebates are common.  On the other hand they know (as most of us also know) that taxable money is hidden in phony tax deductions or in foreign bank accounts.

Some people feel sorry for the people who get caught, but most of us realize that one way or another every honest tax payer loses when someone else can cheat.  Either the money that was supposed to be spent on behalf of the taxpayers is not there or sooner or later other taxes are imposed to make up the loss.  Or the third option, money is borrowed which also costs the tax payer.

A tax collector does not make the law, they only execute it on behalf of the government which most of us get to vote on.  They also represent an expense of the government that is paid for by tax payers. Like any other job some tax collectors are better than others, but each can only do so much.  There should be a calculation about where the optimal point for efficiency is.  Actually I believe there is and for the most part tax collectors and auditors are able to generate more revenue than they cost.

Anyone complaining about government deficits should want a more efficient tax collection system, but all too often they don't.  In fact it is common for governments to cut the budget of the tax collection department so that in the end they are less efficient.  It is actually in the interests of both rich and poor to encourages greater honesty.

In the United States there has been a "scandal" about the IRS (Internal Revenue Services) to do with tax deductions.  Laws have been enacted that allow deductions for charitable purposes that are in fact being used for illegal political causes.  The concerns raised suggested that the government was unfairly picking on one political party.  It is common knowledge that there is in fact abuse.  It is possible that both major American parties are guilty, but investigations have determined that the tax department is not partisan in this matter, but in fact trying to do their duty.  Ironically it is their job to make sure there is no political bias in tax collecting, but they had their budget slashed.

The tax collectors do more than just chase after money.  Millions of people are confused about how to fill out the forms and want to avoid making mistakes.   The tax department will answer questions and explain concerns tax payers might have, in practice lessening the need for accounting advice.  With budget cuts many tax payers remain confused, do make mistakes and often miss out on deductions they are entitled to.  Tax services benefit from the confusion.  While they are doing their best to handle taxpayer concerns of workers, unemployed and  retirees they are not able to pursue every suspected criminal avoidance.

As a youngster I was fascinated by gangsters and was surprised to learn that Al Capone was not imprisoned for the many violent deeds he was accused of, but by the Treasury Department who was able to prove he didn't pay his fair share of taxes.

I have had a vested interest in the topic as not only have I been paying income tax for over 40 years in Canada I have also filled out many tax forms for other people some for pay and a few voluntary efforts.  The forms are complicated, but logical if you have the time.  There are many steps one can take to minimize their taxes and with a little effort they can be learned.  Some taxes are more complicated than others and do require expert help to avoid trouble.  Read about my experience as tax preparer:  http://www.therealjohndavidson.com/2019/01/what-i-learned-as-tax-preparer.html

Photo:  From the tropical room at the Gage Park Greenhouse in Hamilton.  I hope it counter balances the topic.
Posted by John F Davidson at 7:10 AM