The Pope. Is he a moral force for everyone? 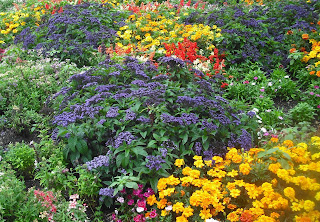 I am not a Catholic and as an outsider have always thought they were too restrictive, although some of the Popes were admirable in one way or another.  Pope Francis has certainly opened up to what many would consider more progressive views than his predecessors.

This openness seems based on a broader understanding of the world.  Pope Francis appears very conscious that the world has been manipulated for the benefit of the very rich.  The very rich are quite comfortable with the status quo.  The definition of a conservative is someone who resists change and naturally if you have a good deal you want to keep it.  The world is changing in a lot of ways.

The Papal election process is secretive, but from my university history class many years ago I believe it has political elements.  It seems like the church has been under assault for many decades.  A few decades ago they elected the first Polish Pope, who turned out to be very anti-communist.  Now they have opened up even further and elected a non European who really does have credentials of working with poverty.  Also a scientific background.

Although in one sense a very powerful man, Pope Francis is aware of his limitations.  He can only push so far before running up against tradition and political (and economical) realities.  He seems to understand that, while pushing harder.

To a rational person the debate over whether the climate is changing is long over.  The contribution of mankind to climate change is settled.  There are lots of ideas how to deal with it and that is what we should be debating.  I favor in general the Green Party approach--tax what we don't want.  It is human nature to look for a better way--some say a market principle.

Climate change has been denied by some very powerful people, or ignored and many have just accepted the status quo.  The Pope's financial powers are probably not as great as those of the oil  and coal oligarchies, but his moral authority is still very formidable and not to be ignored.

Listening to Jack Beatty on NPR; he raised the point that one of the critical factors to climate change has been population growth and that a lot of that has come from poor believers.  The Pope has stated that it is not necessary to have large families and implied that it is not a good idea.  It might be a big step to approve of contraception, but one benefit might be that it would minimize abortions while also diminishing pressure on population and thereby climate change.  This would of course upset a lot of religious fundamentalists who in my opinion are really against promiscuity and see sex as a sin.

His encyclical, especially if it energizes Catholic priests should stir up an interesting debate prior to the American election.  The Republican candidates seem ready to forsake the moral authority of the Pope they have used for abortion and contraception.  Pope Francis has articulated his concerns very well and is well qualified to do so.  There will be some backtracking among the candidates.  I am worried that voters will actually think a backtracking Republican can solve their problems better than a Democrat, but hopefully enough voters will remember the hypocrisy and their clinging to monied powers.

It is upsetting to think that powerful men deny what must be obvious to them.  The Pope will not carry a lot of weight with many evangelicals, but his moral authority will impact many people open to reason.  Can the voices of the monied power maintain their power against not only the scientific community, but also the Pope?  I think there will be a whittling down and maybe it will draw attention to the fact that those in power want to increase their share of the pie.

To answer my title question:  I believe Pope Francis is a moral force that even non believers should respect, if not agree with everything he says. He is not beholden to financial donations and has identified alliance with the masses.
Posted by John F Davidson at 6:04 AM