THE TIDE ON CARBON TAX IS STARTING TO CHANGE 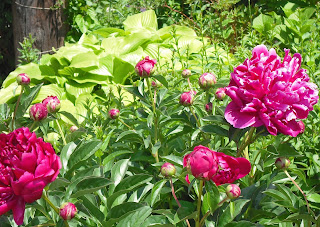 It is possible to read too much into a NewYork Times editorial, but sometimes it is encouraging.  On the negative side they pointed out that Australia actually reversed a carbon tax when a conservative government got elected.

It seems impossible for a government to make laws without some consent from the monied powers.  The majority of people in most nations now realize that climate change is real and something should be done about it.  A smaller number are doing their small share--recyling, etc.

The New York Times editorial was inspired by some European conglomerates actually suggesting a carbon tax would help.  They are not being altruistic, just recognizing reality.  They see a serious problem and recognize something will have to be done and soon.  They want something predictable and reasonably smooth.  The names are some that you might have heard:  BG Group, BP, Eni, Royal Dutch Shell, Statoil, and Total.

The Times also point out an example that demonstrates a carbon tax can work.  It comes from British Columbia that enacted a carbon tax and diverted some of the money to lowering income tax (sounds like a Green Party idea).  The results are a reduction in fuel consumption compared to rest of Canada that did not have a carbon tax.  On top of that they had more business growth than the rest of Canada.

There already is a carbon tax in much of the world.  Taxes on gas were intended to maintain our road system, but in the United States they have not been raised since 1993.  They could be raised with the increased revenue being distributed in a politically acceptable manner.  The first might be an offsetting tax cuts, ideally in a progressive manner.  Other uses might be to cut the debt.  Another appropriate use might be to improve infrastructure.  The most relevant infrastructure might be to make transportation both more green and more efficient.  British Columbia has proved it can be good for the economy.  Jobs will be required.

Stephen Harper has been very resistant to talk of climate change.  Undoubtedly he is concerned about the perceived value of the Tar Sands and how it could contribute to Canada's economy.  He probably enjoys some financial backing from some powerful advocates.  Shortly the G7 members are meeting in Germany and the majority see climate change as one of the most critical issues facing mankind. Hopefully Canada will fit in better after this meeting.  We are a small country and have to be concerned about our own economic survival, but when huge oil companies see a problem, we cannot afford to ignore it.  More importantly can we contribute to the survival of mankind or delay the necessary remedies?
Posted by John F Davidson at 8:32 AM