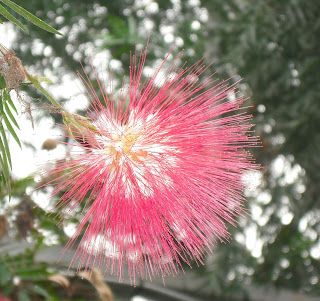 The death of Antonin Scalia  changes the election, making it more interesting.  When I say more "interesting" I am referring to a Chinese curse--"May you live in interesting times."  The government will be at least partially paralyzed until the situation with the Supreme Court is resolved.  The Republicans have declared they will fight any choice of Barrack Obama. and in fact are telling him he shouldn't try to do anything before the election.  This means court decisions of all sorts will defer to the lower courts whenever the Supreme Court votes 4-4 as will often be the case, particularly with difficult cases.

The Republicans have long said that the Democratic choices have been activist judges.  It is hard not to notice that Republican appointed judges tend to vote a certain way.  We all think the ideal judge is perfectly neutral. To be honest many judges do exhibit that virtue including even Supreme Court judges.  However there are many issues at stake that really test neutrality.

It was a conservative court that allowed George Bush (with fewer popular votes) to take over the government and appoint two more conservative judges, not to mention a fraudulent invasion of Iraq. That was a life changing decision.  It actually was precipitated when Florida amongst other states enacted voter suppression tactics.  That is another issue with input from the Supreme Court.

Other countries make definite laws to encourage more people to vote.  Republicans have long figured out that on average blacks and Latinos tend to vote Democratic.  They have taken a number of laws that make it more difficult for voters and resisted laws (such as weekend advance polls) that encourage working people to vote.  They have also noticed that released prisoners (who tend to be from minorities and lower classes) also tend to vote Democratic, and have passed laws to restrict their ability to vote.  The Supreme Court plays a very big role in who gets to vote and with how the votes are counted.  In the United States gerrymandering has been used by both parties and all voters lose.

Already an issue is campaign financing.  Who has the louder, more frequent voices is usually decided by who has the more money. The Supreme Court has determined corporations are entitled to free speech.  Some judges have assured us that money does not corrupt.  This is already an issue coming from Democrats, particularly with Bernie Sanders.

Other issues that will stir emotions include gay rights, abortion, immigration and climate change.  Even if you do not agree with a particular decision it is ideal to respect the people called upon to make it.

In a two party system with back and forth dominance it seems over time there could be a balance. A lifetime appointment throws an element of unpredictability.  A Democrat appointee might live longer than a Republican appointee or vice versa.   Or some one like Scalia might die unexpectedly close to an election.

There is no guaranteed way to get a perfectly neutral court.  One of the problems is that the vast majority of voters really don't want one.  We all want decisions that favour our viewpoint and protect our perceived interests.  Some are concerned that they would lose leverage to exploit others.    At the moment the politics is so tense that it will be very difficult for a quick resolution.  Emotions will flare, but unlike in other years the Supreme Court appointment will be taken as an election issue in its own right.  Hopefully voters will realize it is in everyone's interest to take the emotions out of this most critical decision.  On the other hand it is hard not to see that monied and prejudicial factors will be part of the equation.

If one could accept that you cannot always get your way and that a neutral court is in every one's best interest how could you arrange it?  One idea might be to let each side nominate say 10 candidates each and then draw for the nine.  Sound unreasonable?  At one stage the constitution was worked on by a draw of ordinary people with the idea that vested interests would be minimized.  Another point might be that if you know it will be decided by a draw you will make more neutral nominations with the expectation that the opposition would do the same.  Ok maybe it is unrealistic.  How about the opposition chooses from your choices with the ninth being a draw.   Politics  even dirty politics) will surely play an outsized role.

I remember reading Plato's "Republic" which admittedly is remembered imperfectly.  His idea was that children would be raised in common as a way of minimizing family loyaliies.  At one early stage they would all be tested with some (the majority) being left to do the necessary labour.  A few years later after a chance to be truly educated then another test would be taken to separate out those who could strive to run business and those who would make the big decisions such as about the laws.    This way the laws would be not be decided by those with vested interests, but by those chosen for the best judgment.  Another idea that will never get off the ground, because we are most loyal to those closest to us in blood ties and that has been instrumental in human survival.

Some are advocating the decision should be deferred until after the next election.  That really is evading duty.  The Republicans have demonstrated they do not really respect the Constitution except when they think it serves their agenda.  The President is elected for four years and has duties that must be adhered to no matter the timing.  Obviously the opposition can play a role, but to deny the opportunity is not in the nation's best interest.  Playing with this situation can be counter-productive.  Let us hope the voters realize what is really in their best interests.

My conclusion is that no matter your preferences we are headed for "interesting times."  A great spectacle, but dangerous.  Let's hope some rationality survives.  A quick resolution no matter how desirable seems very unlikely.
Posted by John F Davidson at 8:18 AM