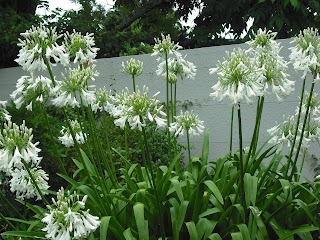 The U.S. primaries are starting to thin out the also rans.  New Hampshire will force some voters to re-assess their choices and some investors (and donators) trying to infuence the outcome will re-calculate where their money will have the best impact.  On the surface it seems we could end up with a contest between Bernie Sanders and Donald Trump, although there are a lot of dynamics that could change that.

Many commentators have suggested that both Donald Trump and Bernie Sanders have tapped into the feelings of anger. more effectively than the other candidates.

This year there is a lot of discontent among potential voters.  The important thing is to identify the real cause.  Some have identified it as too many Mexicans, too many Muslims, too many gay rights, Obamacare, the climate change hoax.  I hate to give them any credence, but obviously many do abide by such suggestions.

I boil it down to the status quo not being what it used to be.  The rich are getting richer and the poor, poorer with a big void developing in between.  Of course this is a bit over simplified, but the basic idea is encompassed in the statistics that demonstrate while productivity has gone up, the profits have not been shared proportionately.  Furthermore the people at the top are starting to assert themselves.  They believe they just have to be unshackled and everything will be ok.  They should not have to pay such a high percentage of their well deserved income, nor should they have to tolerate regulations that hem in their ability to generate more profits.  There are a lot of people trying to get a bigger piece of the pie or at least hang on to what they have.

Money talks.  Most of the viable candidates for president literally have a billionaire backing their efforts.  Donald Trump may well be a billionaire and can be self righteous about it.  In fact wealth can do great things; Franklin Roosevelt and John Kennedy are just two examples of wealth benefitting the masses. But it seems some billionaires think not only that they should have a right to pursue their dream of even more wealth, but that they should be able to tell others to do without.

The Media has a stake in all this.  They love to see expensive tv ads and a close race promises lots of those, especially when backed up by loose campaign finance laws.

Donald Trump certainly knows how to draw an audience.  I am astounded at how gullible people can be.  Shout a few derogatory remarks and many hold him in awe.  He doesn't take much trouble to explain himself, but easily assures people he is the best and can handle any difficulties very simply.

Bernie Sanders is not accepting Super Pacs or large donations.  Some of what he says is mocked by the establishment, but most of what he advocates such as single payer medicare and free tuition is accepted by other industrialized countries.  Basically he is fighting for the little guy, but in the end his approach might well be better for everyone.  No reflexive military response to international problems.  No abandoning people who can't afford an emergency.  Pay attention to what scientists have learned.  Our future is with youth being educated.

They each still have competition and could fall by the wayside.  Bernie just has one competitor,  Hilary Clinton but she has more connections.  Donald Trump has the advantage of a split opposition that still has a lot of egos that aren't ready to quit even if supporters tell them they should for the sake of the country.  One problem with the primaries as each candidate inevitably criticizes their opponents and some of that will carry forward and lot of bruised feelings will hamper future efforts.  So the longer they drag on the primary battles the harder it may be to win the grand prize.

One of my fantasies would be for Elizabeth Warren to endorse Bernie which I think would be a huge (and logical) step to the first Jewish president in American history.  He could reward her with Vice President or Treasury Dept, either of which might launch her to be the first female president of the United States.  Timing is important as decisions are being made and to some extent locked in.  But of course there is a risk as an endorsement might offend the other candidate.
Posted by John F Davidson at 3:10 PM