Voter issues in the American election 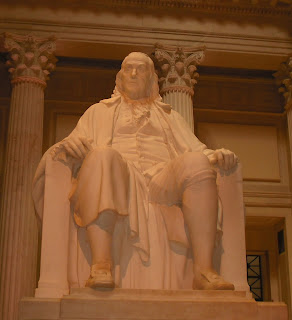 One of the rights of every American citizen is to vote for legislators who set the laws and make decisions that effect everyone.  You are not supposed to know or even assume how any one individual would vote, but in fact this type of knowledge is key to some political strategies.

Shaping votes has become an issue in American elections where each state can decide who it will confirm as a voter and also how voters can be bundled together.  These two powers can be vital in an election.

Political operatives by which I mean those who are involved in managing election campaigns on behalf of candidates have a good idea of how groups vote or at least they think they do.  Those in power determine who they think will vote for or against them and try to optimize their outcomes.  It is assumed that minorities, poor people (in some states), students and ex convicts will vote Democrat.  Many of these are what might be considered the working poor and have limited access to vote with respect to time and location.  While there have been trends to more advance polls including weekends, Republicans make efforts to cut back on them.  They have requirements to register to vote that also can be difficult for the less than fully motivated.  Watching "Selma" one becomes aware how blatant whites once were in blocking blacks from voting.

Prisoners are punished for whatever the law declares a crime.  After having "paid" their debt to society most run into prejudice.  Not only were they guilty, but they probably shouldn't be trusted.  There is also the suspicion amongst Republicans that they might vote for the non business party and should be punished by being restricted in voting rights.  In many jurisdictions they can apply to have their voting rights restored, but it can be difficult.  As of 2008 over 5.3 million Americans (disproportionately African-Amerian or Latinos) were disenfranchised due to felony convictions with many legislative changes in both directions since then.  Canada along with over a dozen other countries allow inmates to vote.

Students are considered by their elders to be immature and idealistic so their voting dilutes the realistic votes.  At well past 50 I can identify with that attitude, but those who bother to vote have a perspective that should not be ignored.  Students are facing poor job prospects and climate change more than their elders.  As students many have actually studied issues.  They are usually more open about some things.  The other problem with students is they often go to school and have a residence in two different locations.  They need to make a choice which may be based on convenience or where they think they can make the most difference.  Maximizing your power seems very legitimate to me.  Student ID's are not acceptable in all states.

Gerrymandering has proven to be very effective.  Both major parties have used it, but technology has enabled some very precise decisions on electoral boundaries.  In the 2012 election the Democrats collected over a million more votes than Republicans, but find themselves in the minority in the House of Representatives which doesn't really reflect the will of the people although they claim they do.  One suggestion I would venture is that some form of proportional voting be considered at the state level.  Each party could make a ranked list known in advance and that in itself would be a major factor in a voter's decision.  They would have to balance urban, rural, industrial, agricultural, cultural, gender, etc concerns and if a party can't assure an individual voter they would get fair representation, the voter would have the option of voting for the other party.

I lifted this explanation from a Daily Kos column by David Nir quoting a group of Wisconsin legislators wanting to challenge redistricting.  It seems one of the best explanations why proportional voting works much better.  The wasted votes could be yours, but no vote needs be wasted

The efficiency gap is simply the difference between the parties’ respective wasted votes in an election, divided by the total number of votes cast.  Wasted votes are ballots that don’t contribute to victory for candidates, and they come in two forms: lost votes cast for candidates who are defeated, and surplus votes cast for winning candidates but in excess of what they needed to prevail. When a party gerrymanders a state, it tries to maximize the wasted votes for the opposing party while minimizing its own, thus producing a large efficiency gap. In a state with perfect partisan symmetry, both parties would have the same number of wasted votes.

In Ontario municipal elections I was surprised to learn that those who have a business in an area and pay taxes are entitled to vote in that jurisdiction, but not for school boards.  I understand they also have to make a choice where they prefer to vote.  In local elections cottagers are often at a disadvantage.  In provincial or federal elections cottagers get to make a choice and I have heard discussions of which area their vote would have the most impact.

Here in Ontario we take for granted a lot of our accessibility to vote.  Employers are required to let workers have time to vote.  As a poll clerk for three levels of government I am aware of efforts to assure everyone entitled to, can vote.  Often a neighbour can vouch for a voter.

Photo ID should be a requirement, but it should be very easy to attain.  Most Ontarians have photo ID with either their driver's licence or their medical card.  In other jurisdictions some have opted for registration through birth and others have developed special voter ID cards.  They need to be easy for everyone.  I see some value in vouchers provided they are limited so that one person cannot take too great an advantage with deceit.

If a government is to have credibility they must reflect the will of their citizens.  There are too many people who feel their choice does not matter.  One should not take the attitude that only people like themselves are entitled to vote.  Yes, people need to be educated to their responsibilities, but that is another topic.
Posted by John F Davidson at 3:33 PM