The Voice in Movies 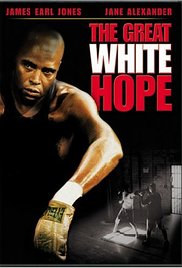 Movies are thought of as a visual art, but since 1927 the voice has been an important factor.  Some silent film stars did poorly after the breakthrough, but others came to prominence.  Al Jolson took a chance and launched movies with sound.  In elementary school along with some friends I became very interested in the two biographical movies about Jolson and can appreciate he had the stature to get sound movies off to a good start.  I even watched that first original sound film, "The Jazz Singer." My focuses on voice are tone, diction and phrasing with accents sometimes lending an element of charm.  Many actors and actresses were hired to be narrators or voices for animated movies.

Peter Lorre was one of the first voices that I noticed.  He had a raspy voice with a clipped manner of speaking.  He was successful on radio programs and was often parodied by cartoonists. On the other hand he appeared in some classic films "The Maltese Falcon" and "Casablanca"

Charles Laughton got my attention for his way of talking.  He wasn't a hero a young boy could identify with, but his speaking impressed me.  "The Big Clock", "Spartacus,"  "Witness for the Prosecution" and "O Henry's Full House" were some where his voice was noticed.  He had been a stage actor and started his movie career before sound.  Later he made many stage readings.

James Cagney was my earliest movie hero a lot because of the way he expressed himself.  In many of his movies he is ranting, but he could also be soft.  Some of my favorites includes "The Roaring Twenties," The Strawberry Blonde," and "Angels with Dirty Faces." For more on Cagney:  http://www.therealjohndavidson.com/2015/09/james-cagney.html

Spencer Tracey, appeared in "Inherit the Wind"  "Guess Who's Coming to Dinner" and I vaguely remember "Bad Day at Black Rock" as well as some of the earlier films with Katherine Hepburn.  His strength was his diction.  He also narrated for a few films.

Boris Karloff was silent in his most famous movie, "Frankenstein" and I don't recall hearing his voice in my youth, but perhaps "The Grinch that Stole Christmas" was my first consciousness of his voice, although I must have heard some of it before.  As a teenager I remember "The Monster Mash" which wasn't really his voice, but a sort of parody.  In my research it was suggested that his voice was the base for Tony the Tiger.

Orson Welles in "Citizen Kane"was  first seen in my university days where many assured me it was the best film ever made.  He was famous for "The War of the Worlds" radio broadcast--he had been involved with radio theatre--and had done voice for animated films.

Geoffrey Rush, (from Australia).  First seen in a small clip of "Quill", which although I have never seen the whole movie greatly impressed me.  He was brilliant in "The King's English," "The Book Thief" and "The Best Offer."  Like others on this list he has done a fair amount narrating and animation voice roles.

Richard Burton to me was a majestic Shakespearian actor and Welsh.  "Who's Afraid of Virginia Woolf" and "The Longest Day".  He acted on stage during his movie career.

Clive Owen, first noticed on British tv movie "Second Sight".. Later watched him in "Inside Man," "Children of Men", "The Boys are Back" and most recently "Words and Pictures."  He has a distinct voice I think particularly effective when speaking softly.

Russell Crowe, another Aussie (actually born in New Zealand), first got my attention with "Gladiator", a muscular role for sure, but playing a man who took on a leadership role.  Shifting gears I next saw him in "A Beautiful Mind."  Some others of his movies seen were "The Next Three Days", "Broken City" and most recently "The Water Diviner."  His voice commands respect and he uses it well.

Roger Allam's voice caught my attention in an episode of "Foyle's War" and I have spotted him in a few other British tv series.  He was a good choice as the narrator in "The Book Thief" representing Death. 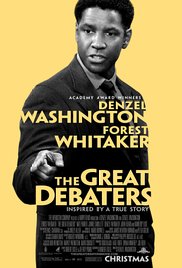 Black actors have been noted for their deep bass tones, and some are also very eloquent.

James Earl Jones took a Broadway performance to the screen with "The Great White Hope" where he played an articulate boxer.  He became more famous as the voice behind Darth Vader in "Starwars."  Remembered fondly for roles in "Roots" and "A Family Thing."  Perhaps my favorite voice.  Strange to read that as a youth he had a problem with stuttering, perhaps a reason why he is very careful when he speaks.

Morgan Freeman, has the authoritative voice and demeanor to have played President of the United States as well as Nelson Mandela.  He had a background in theatre including Shakespeare.  I remember him in "The Shawshank Redemption," "Glory," "Driving Miss Daisy"  "Se7en" and "The Bucket List".  Well known as a narrator including tv commercials and animated films.

Denzel Washington ("The Great Debators,"  "Inside Man",  "Taking of Pelham 1 2 3", and "Glory". Recently saw one of his earliest films, "A Soldier's Story."  He usually plays authorative figures using a commanding voice.

Idris Elba who played Mandela in "The Long Walk Home."  Also watched a bit in "Luther"--His voice can be heard in "The Jungle Book".  He was born in England of African parents (father from Sierra Leone and mother from Ghana).

Foreign speaking movie actors are a bit difficult to evaluate because I have my limited attention focusing on the subtitles, but the voice is one reason I prefer subtitled movies to dubbed movies. 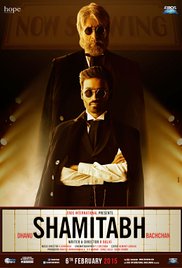 Amitabh Bachchan was the son of a poet.  When he first attempted to make a mark on Bollywood, his looks weren't considered good enough, but his voice got him jobs as a narrator.  Eventually he got his break and for two decades was a box office hit.  Even today in his sixties he has scripts tailored for him.  A recent movie was conceived as a tribute to his voice,"Shamitabh."  The main plot device was that a mute actor needed a voice and stumbled upon Amitabh and became an overnight star.  It then becomes a clash of egos destroying both the voice and the body.  I have seen Amitabh in numerous movies and originally was annoyed  by some of the characters he portrayed, but gradually came to appreciate he is a very versatile actor and has a mesmerizing voice.  One of the movies I most admired was "Black"  Americans got to see him in a supporting role in "The Great Gatsby."
Bollywood uses backup singers for even their top stars, but he surprised me  in "Kahaani" where he sang a song over closing credits that was very stirring as a great cap for an especially memorable movie.  more at:  http://www.therealjohndavidson.com/2018/05/amitabh-bachchan-living-legend.html

Max von Sydow has played many supporting roles.  Where I remember him is "The Seventh Seal", "Wild Strawberries" and "The Diving Bell and The Buterfly".   He has appeared in many English speaking films.  Has had his voice in animation and narration in both English and French.  Also his voice has been used in some video games.

What of women?  Women have always felt looks were essential, but in fact a voice can make a difference.

Can a voice be sexy?  Lauren Bacall's certainly used her voice to good effect.  Most famous paired with her husband Humphrey Bogart in such movies as "The Big Sleep", and "Dark Passage" and also on radio programs.  She acted in several stage productions, winning a Tony for "Applause."   She also did some English dubbing for Japanese animated film by Hayao Miyazaki.

Marlene Dietrich used her German accent to get attention.  First saw her in "Pittsburg" with John Wayne, but she made the strongest impression in "Witness for the Prosecution" sharing the spotlight with Charles Laughton and Tyrone Power.

Meryl Streep is a perfectionist in using a variety of accents.  Her voice sets a tone for the rest of the movie.  "Kramer vs. Kramer," "The Devil Wears Prada" "It's Complicated".  She has used her voice in animated films and done some narrating.

Emily Blunt, plays on both sides of the Atlantic Ocean.  When she was age 8 she spoke with a stammer until age 12 when a teacher persuaded her to act in a play with a northern British accent and that cured her.  Early in her career she played in an episode of "Foyle's War" which I regret not paying enough attention to remember although one of my favourite series.  I also barely remember her in "The Devil Wears Prada"  Her sparkly voice as well as her appearance and acting ability did get my attention in "Sunshine Cleaning",  "The Young Victoria", "Your Sister's Sister" and "Salmon Fishing in the Yemen."  Recently saw a different Emily Blunt in "Sicario." I am looking forward to seeing her in "The Girl in the Train" as I enjoyed the book and have seen the trailer.  She sings and has been a voice on "The Simpsons" and other animated films. 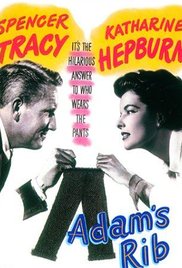 Audrey Tautou shot to fame with "Amelie" and "A Very Long Engagement."  I enjoyed  her in several pictures with Romain Duris, "Delicacy", "Precious".  English speaking audiences first saw her in "Pretty Dirty Little Things", and "The Da Vinci Code" where her accent was considered charming.

Katherine Hepburn has a very distinctive way of speaking.  "Philadelphia Story" "Guess Who's Coming to Dinner?", "The African Queen"  "The Lion in Winter" and many romances with Cary Grant, and Spencer Tracy.

Do you agree?  Does an actor's voice affect your perception of them?  Whose voice do you remember the best?
Posted by John F Davidson at 4:22 PM