TRUMP AND THE PURSUIT OF DEMOCRACY 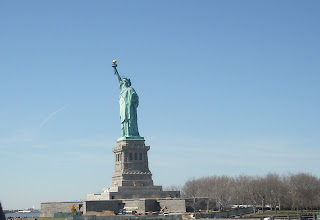 Last night was a good night for Mr Trump and his situation is looking very bright.  Donald Trump is a master at getting our attention.  He admittedly says some smart things, but is generally appealing to fear and ignorance.  But that is not so much the theme of this blog post.

The Republicans have set up rules to choose their presidential candidate.  There are trade-offs between getting a mass appeal candidate with one that is acceptable to the Republican establishment.  In theory that is reasonable and even democratic.  Each state sets its own rules about who is eligible to vote and how they allocate the delegates who make the final selections at the convention.

At the moment there are a lot of people who are manoeuvring to stop Trump from getting the nomination.  Donald is complaining that it is unfair.  He contends that because he has been getting the most votes in most primaries he should get the nod and there might be trouble if he doesn't.

He illustrates the problem of "first past the gate post".  No one can be quite sure, but on the surface he has not won the majority in most primaries.  There have been as many as 16 candidates most of whom got at least a nibble of support.  As the candidates drop out it is not feasible to determine who a second or third choice might have been.  Perhaps Donald might deserve to win if this could be determined, but again on the surface it could also appear that the majority of voters have voted against him.

A dilemma for the Republicans who know from polling that the odds are against a Republican victory, especially with Trump or Cruz in the presidential race and likely it will affect both the Senate and House races and maybe even for Governors.  And maybe even worse affect the Supreme Court.  They need a candidate that can compete in the general election and help boost the Senate and House of Representatives, but the top two candidates poll very badly in that regard.

A compounding part of the problem is the length of the process.  The remaining primaries have only three candidates to choose from so you are getting closer to a pure decision.  Many might have preferred one of the candidates that dropped out, but that option is off the table (at least for now).  Others might want to force a decision at the convention and vote strategically.

There has been a mix of open and closed voting opportunities.  By open it is meant that non registered Republicans are eligible to vote for a Republican candidate and in a closed primary only registered Republicans are allowed to decide.  If it is really to be a party decision then it does make sense to not let outsiders effect a decision.  On the other hand it is argued they really want to know who has the best chance to win the general election.  A lot of opportunities to tilt the choice to the advantage of the Democrats.   In closed primaries only registered Republicans can vote and a lot of them represent the establishment.  Open primaries are hard to analyze because some Democrats can vote for the one they feel they can beat the easiest and assuming Hillary has her nomination sewn up.  Independents may just feel the Republicans are more interesting and still be open for a different vote in November.

Contrast to Canada as I understand it.  As a non party member I willingly give up my power to choose a candidate to represent any party.  I await the choices of those committed to a party philosophy and/or character and am grateful that I will have more than two choices.  Should I feel one party has all the answers or the overwhelming majority of the best answers I might be willing to invest in a party membership to help choose the best representative.  But I am lazy and not too sure that anyone has vastly superior answers and I like to think all my options are open.  If a particular party chooses a candidate that I feel is unsuitable I have a number of alternative choices.

Canada is examining alternatives to the first past the gate post and hopefully we will gain a better system where my vote will actually make a difference.  Americans really have two choices and one does look to be in the service of the 1% and the other has been somewhat corrupted.  For practical purposes there really are no other options.  Not much competition and not really fair to the average voter.  But theoretically every American does have a chance to help decide a party representative.

The big questions might be who do you really want to represent your party?  Who will you support?  What is the best way to organize the procedure? If nothing else Americans need to shorten the process so more work can get done.  Perhaps more importantly they need to cut down on the expense that only leads to corruption and limited choices.

Donald, instead of complaining about how unfair you are being treated, you should concentrate on winning the support of the majority.  Yes the details of the procedure do slant things, but you still have not quite got the majority behind you.

As an outsider it all seems like a nightmare.  Are Americans really that crazy that they can't understand the system is not working for them.  The majority know things are not like they should be, but they are blaming the wrong causes.

As a final note of a somewhat self righteous blogger I feel the media (and educational institutions) has not done its job in informing voters.  For my views on how the media has distorted this and other elections:  http://www.therealjohndavidson.com/2016/03/the-media-and-american-election.html