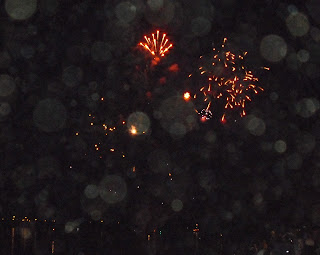 Bernie Sanders would have been my choice, but now it boils down to Hillary Clinton or Donald Trump.  Of course voters can partly undo that vote by how they vote for senators, representatives and governors.  Or they can vote for a third party or not vote at all.

Hillary has always drawn critics and she has made her share of mistakes, but most of the fuss is really petty nitpicking that should be dismissed by rational people.  Conservatives have always to one degree or another resented strong women and she draws more attention than other woman.

Pretty well all of the scandals against the Clintons have been disproved, but they keep coming up.  Voters must think there is some fire with all that smoke.  Perhaps there is, but one should also consider who is generating the smoke and why.

The core Republican agenda is economic with some legitimate concerns about freedom, but mostly freedom to exploit other people.  Conservatives by definition like the status quo and resent outsiders trying to widen their comfort zone.  They are smart enough to realize that to get the masses to vote against their own economic interests they will have to enlist other grievances.  Hence we have a marriage between fiscal and social conservatives.

Donald Trump has accused Hillary of being an enabler for her husband's adultery and there is some truth to that although Trump is deflecting from his own philandering.  Outsiders can never really know what goes on inside a marriage.  She tolerated her husband's "cheating" and tries to present a facade of marital unity seemingly calculating where she gets the most power.  For his part Bill also realizes she is an asset for his goals.  This is a very delicate matter that no outsider can really judge.  Jenny Sanborn divorced her husband, the Governor of South Carolina after he had a well publicized affair and has faded from national prominence.

The Clintons have grown rich through politics (not by any means suggesting bribes) and perhaps that has coloured their thinking.  Again likely true to some degree, but they both seem very involved in public service that has indeed made a difference.

Benghazi is unbelievably ridiculous.  The Republicans tried to exploit that while it was actually happening.  They continue to bring it up.  It is disgusting.  The situation might have been handled differently, but the Republicans do not have clean hands on this issue by their stinginess on security budgets and their willingness to divulge names.  Running embassies in hostile foreign countries has always carried a risk which thankfully some people are willing to take.  The Republicans had far more embassy attacks with more deaths under George W Bush.  They should have allowed for the risks, but chose to lower budgets.  But like other accusations the whole issue puts a little doubt in people's minds.  On the other hand a few others are amazed that there have been no high level war crimes investigations concerning the Iraq  Invasion and not very much media or Republican attention.

The Emails.  The FBI director who made the most serious claims is a strong Republican, but even he was forced to admit she did nothing illegal.  The history of Republicans and emails has involved mass deletions that were for the most part very suspicious.  After consulting with others she chose convenience which is what most people would do.

Criticisms over the Clinton Foundation are troubling.  There has always been some arm twisting to get people to donate and no doubt some donors saw an opportunity to lobby their interests.  There are literally millions of people benefiting from Bill Clinton's program and it has passed scrutiny of watchdogs.  They shouldn't ignore perceptions, but should not be ruled by them either.

Nobody has endured as many "scandals" as Hilary Clinton.  They have pretty well been dealt with in a legal sense, but conservative critics keep reminding people about all the smoke.  A lot of it is to distract from their own positions which disadvantage poor people and their own scandals.  Donald Trump has a lot of dirt of his own.

Yes many of her decisions do seem like calculations--the TPP, the Iraq War stand out for me.   That is what politics is about.  Without power you can do nothing, but to get power you have difficult choices and sometimes voting against your beliefs is wise or at least political.  We are often forced to re-evaluate our choices.

The one lie that disturbed me was the one about the danger she claimed on a airplane landing in the Balkans.  Memories can get mixed up, but glorifying oneself is to be avoided.

Donald Trump main strategy is to criticize and to use hyperbole.  He claims he can do a better job, but is vague on details.  His qualifications are very questionable, and his demeanour is counter productive.

I think Hilary like her husband and Obama has an idea of what she thinks is right and what is important, but also realize she has to cater to vested interests to achieve the best balance.  In her campaign she declared she wanted to improve the Affordable Care Act incrementally while Bernie really wanted to upend the apple cart at some risk.

It may not be an ideal choice, but it is clear.  The smoke is meant to be misleading.
You can inch forward or take a giant step backwards.  In an earlier blog I commented that the world looked on the American election as a kind of IQ test.  http://www.therealjohndavidson.com/2016/06/the-american-iq-test.html
Posted by John F Davidson at 2:07 PM