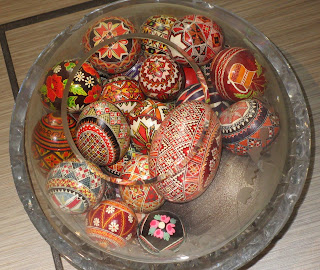 Getting one's hair cut is in some ways a ritual with personal meaning.  I suspect women are more concerned, but it is also important to males.

Growing up in Oshawa my father directed me to where I would get my hair cut and I stayed loyal on my own which was easy as it was right across from my high school, Oshawa Central Collegiate. Steve Salmer was someone my father knew long before and told me a little of their family history.  They didn't have a lot of money and they identified one son as the best chance to get ahead and the rest worked to put him through law school.  That one son became my father's lawyer dealing with my father's trucking business.  Steve, happened to be of Ukrainian descent.

Steve was my barber until we moved from town just after grade 11.  I remember sitting in chairs and told to move further from the window so prospective customers would not be deterred.  Steve humoured me when I rebelled against a regular brush cut as I am sure he had been through it many times.

There are no photos of me getting my hair cut, but my father who was a prolific photographer did take a photo of my brother Marshall at the hands of Steve Salmer.

I knew a fair number of Ukrainians in Oshawa.  I even had a Ukrainian aunt, Aunt Mary Coakwell.  Lots of  friends at school and also Polish and Italians. Michael Starr representing Oshawa was the first Ukrainian cabinet minister. A few years later I helped him to lose an election.  Check out http://www.johnfdavidson.com/2014/04/my-short-but-educational-political.html  One of my longest time relations with a girl friend was Ukrainian and I spent a lot of time with her family getting to appreciate Ukrainian food and customs..

After many twists and turns before I ended up in Hamilton and met my wife who is actually half Italian and half Ukrainian.  One of her uncles was a Ukrainian lawyer whose father was a Ukrainian Greek Orthodox priest whose church, St Vladimir's I was married in.  Of course I gained some Ukrainian aunts.  Definitely got to appreciate Ukrainian food.

Steve was actually my barber with the longest hair cutting relationship.  In Haliburton I had two barbers--at university I wasn't sure who they were, but do remember I met my wife outside their shop. As I worked different parts of the province I had some good barbers--I remember one Italian barber in Oakville that I went out of my way to visit and also another one in the town of Hagersville, but I was on the move all the time and two reliable barbers actually retired on me.

Getting hair cut is a drain on the pocket book and often inconvenient.  I would sometimes get up early on Saturdays to be first in line otherwise would have to wait one or two hours.  At one stage my wife volunteered.  She would usually comment on my hair cuts--too short, too long or too uneven and I trusted and valued her judgment.  Eventually decided it was cheaper, more convenient and even more satisfying to trust my hair cuts to my wife.

In the warm weather it is done out on our back porch where the mess is easier to handle.

My wife is also Italian, so keeping one's hair at its best comes natural.

Did I learn anything worthy of the Ukrainian culture?  I certainly learned to like much of their food including perogies, and cabbage rolls.  One my favorites was something I remember as beet leaf   holubsti. I enjoyed the dancing and the accompanying music.  I learned a little of their history.  My son who lives in New  Zealand said that he found it very difficult to find perogies in his new country. On one of our trips to watch the Raptors play my son and I went to Wayne Gretsky's restaurant and enjoyed a Polish version.  Back in Hamilton about six blocks from where we live Loaded Pirogies with some innovative ways of enjoying one of my favorite foods.
Posted by John F Davidson at 1:56 PM