WHO IS GOING TO BEAT TRUMP? 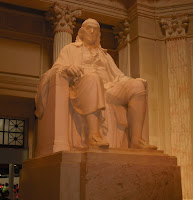 For many Americans getting rid of Trump is more important than policy details.  Some hope legal procedures can be used, but most think it more practical to vote him out of office.  Apparently that task seems easy enough that Democrats already have well over a dozen candidates.

The Republicans had a similar problem in the 2016 primaries with a dozen or so candidates.  From my perspective one problem was that they all felt they had to be tougher than their opponents to get attention. In the end Trump proved to be the most obnoxious.  The Democrats are each trying to be unique while trying to deal with certain litmus tests.

Trump has actually earned a lot of brutal respect (with the help of domestic and foreign enablers) that many Democrats fear him.  He did get in with less than a majority of voters and is concentrating on his base (the deployables).

Getting an early start can be helpful.  They can all expect to be scrutinized like they have never been before.  Their opponents of both parties are looking for dirt and the media is wanting to draw a crowd with sensational tidbits which could range from sex scandals to stumbling over words.  A lot of worthy people are scared off.  Others realize the effort requires a super human effort and after assessing the odds decide they are better off not running.  Sherrod Brown is one example.

Biden and Sanders are supposed to appeal to older voters who are more reliable at the ballot box.  Age is a factor.  Looking back we now realize that Ronald Reagan was in early stages of dementia and a case is being made that Trump is well advanced.  Also the younger generation has new ideas and enthusiasm.  A contrast with a 70+ Trump would be a plus.

Joe Biden should not be compared to Donald Trump's licentiousness, but that possibility has been opened.   Joe is being judged by much higher standards than Trump has been--not caught boasting or what would be considered sexual assault, but taking advantage of male privilege, something many male and even female voters can forgive, but one can imagine Trump will paint him as a hypocrite.
While Joe's career encouraged touching many now feel today such behaviour is overstepping personal space boundaries.

Bernie Sanders my favorite from 2016 has drawn a lot of attention from progressives.  His age is against him and by declaring himself proudly as Democrat Socialist provides a bigger target.  Ironically a lot of his support comes from younger voters.  Although he has a history of involvement with civil rights he seemed too distant from blacks compared to Hilary Clinton.

My favorite candidate Elizabeth Warren is very conscious of Trump's racist attack which is really accusing her of dishonesty.  She has stood up for ordinary consumers better than others with the possible exception of Bernie Sanders.  She has spent a lot of effort developing policies but it seems voters' attention span doesn't permit too many details.  She is usually ranked in the top four or five and might do well in the debates, but might seem vulnerable to the Trump machine.

Kamala Harris makes a good impression.  Like many politicians she has a history of doing what she thought right and practical at a difficult time.  Some will think that can be used against her.  Her idea of boosting teachers fits in with what I consider a major priority.  Half black and half Indian could gain some support while at the same time be awkward, remembering that Obama was considered by many blacks to not be black enough.  It also reminds that Trump gained votes from racists.

Amy Klobuchar also made a good impression at the Kavanaugh judicial hearing   She has been criticized as being rough on her support staff.  Women are not supposed to be tough.

Beto O'Rourke even though he lost his Senate race in Texas created a lot of enthusiasm.  He is very open and expressive.  An example of changing dynamics was when established Republicans thought Beto's participation in a rock band would turn off voters it had a positive impact.

Cory Booker had made many media appearances and has a share of admirers.  Single men are frowned upon and suspected of being closet gays.  His new girl friend, activist and actress Rosario Dawson could be an asset.

Pete Buttigieg would not have been possible a decade or so ago.  A gay mayor of a fairly small city, but he has already aroused very positive attention.  His intelligence strikes many as outstanding and he has quick reaction to questions.

A lot of good people have been left out of my assessment which is more a reflection of the multitude than their individual value.  My focus is on the Trump question.  Name recognition is critical, after all most people base their decisions of what has filtered through to their attention.

The winner could turn out to be someone not mentioned.  The debates and fund raising will juggle perceptions of relative merit.  The Vice Presidential candidate could emerge from these candidates or not.  Balancing the duo ticket is considered important to the campaign.  The primary candidates in many cases will boost their popularity which can be transferred to the package.  Senators often have a national brand awareness, but Governors actually have more administrative experience.  Hopefully business experience won't be a priority.  Science awareness should be a factor.  Diversity of options could be a positive favor.

Mike Pence is an interesting case.  Apparently Paul Manafort realized that Donald's reputation would not encourage evangelicals to support him and manipulated events to get Mike Pence on as vice president.  It is a wonder that he would pair himself with such as obvious offensive candidate, but it is speculated he had his own ambitions.

The possibility of a female duo has been raised.  It could draw more female voters, but the Democrats are already strong in that area.  Aside from turning off misogynist males it could also have a negative impact with evangelical women who feel women's place is in the home.  Women like Jacinda Ardern draw admiration from both sexes  helping to create a better atmosphere.

In the last election Climate Change was seldom discussed.  Partly suspect that the media did not want to offend some of their big advertisers.  Unfortunately the danger has accelerated and it will be harder for denialists to be taken seriously.

Trump loves to cut down his opponents with a slick nickname and insults.  Everyone is vulnerable, but really he is also very vulnerable.  He seems very sensitive to criticism and is transparent in his hate for Obama who in reality was a far superior president.

I am inclined to believe almost any one of them could beat Trump.  More voters are conscious of third party dangers.  The demographics are moving favorably for the Democrats.  Trump has lost more voters than he has gained by his mercurial ways and policies. Turnout is critical.  Trump has a hard core of believers he can count on, but the more lethargic voters are more conscious they will definitely lose if they don't vote.

In addition to a concern about beating Trump, another danger the Democrats do face is a purity test.  No person is without fault.  I would like to think that intelligent caring people learn from their mistakes, but too many people are not willing to forgive.  Most of the candidates have already found it necessary to apologize for past behavior or choices made under unique circumstances.  A recent example inspired a blog on the topic:  http://www.therealjohndavidson.com/2019/02/self-righteousness-and-forgiveness.html

PHOTO EXPLANATION:  Admittedly not my best, but Benjamin Franklin was a most admired American who never ran for President.  You can't run today without a lot of money and you really have to want it.  Perhaps suitable people would prefer a role like Benjamin Franklin's, after all he contributed to America's success and is recognized more than many of the subsequent presidents.
Posted by John F Davidson at 6:14 AM