SELF RIGHTEOUSNESS AND FORGIVENESS 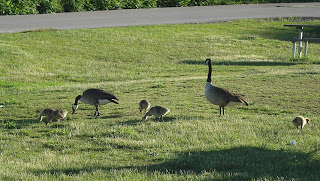 We live in a time when your past (or anyone's) can come back to haunt you, perhaps more easily than in any past time.  The thing that has changed the most is not human behavior, but the all too common self-righteousness.

Infants are pretty much at the mercy of their parents.  Children are influenced by their peers.  Young people still struggle to fit in.  Hopefully some of us mature enough to realize there is more to the world than we had been taught.  Humans still want to think of themselves as good, as accepted by society, strive for domination and intimacy and want to survive whatever the world throws at us.

Governor Northam is not somebody I was very conscious of and can only speculate how his  inner thinking and feelings operate today.  To be a successful politician, requires a strong ego, strategic thinking and luck.  Luck that no one will uncover some of your almost forgotten youthful history.  We have all gotten away with something.  I am very conscious of some of my youthful failings--this is not a full confession, but most of you would be able to relate:  http://www.therealjohndavidson.com/2013/08/what-have-you-gotten-away-with.html

To get to where you are you made a number of mistakes.  Some of them you learned from and others you have been able to cover up, even forget.  One of the childish games most of us have played was to catch someone having done something stupid or forbidden.  At an early age we become conscious of avoiding or covering up embarrassing or punishable actions.  This is second nature to the vast majority of us.

We have set standards of behavior for different situations and all too often at least a few of our trespasses are unforgivable.   Many of us can be a bit critical.  When we have been caught, a few look for opportunities to criticize others, particularly our enemies.

I can only imagine the atmosphere Ralph Northam grew up in, but speculating that many of his elders and his peers had some form of racism.  We all do, but to some areas it is more blatant than others.  We like to think that medical students would be more educated and mature, but it is likely there are some that are provocative and even more likely that others don't want to rock the boat.  Virginia is not considered the Deep South, but is still a southern state.

An article I read, I think on CNN pointed out that some politicians that have advanced equality had a long history of racism.  The two most easily remembered are Abraham Lincoln and Lyndon Johnson.  One might argue that their past also formed their understanding and allowed them at a mature age to take a courageous stand.  Governor Northam's political record regarding respect for blacks (prior to his mishandling of this current scandal) has been relatively commendable.   I don't know what he would have done without this obstacle, but suspect he would be a supporter of equal rights.

Hypocrisy  runs deep in American politics.  When Newt Gingrich was among the leaders trying to impeach President Clinton he was in the midst of an adulterous affair.  Perhaps a more appropriate analogy might be Donald Trump with his many anti black words and deeds loves to catch Democrats in their hypocrisies.  I do realize I am indulging in "he did it too."  A Biblical saying is "he who is without sin should cast the first stone."

Forgiveness can be very difficult.  The most difficult cases deal with violence and humiliation.  Sometimes the "guilty" one is unrepentant.  The forgiveness not only allows one side to move forward, it also allows the innocent victim to also move forward and another bonus is that the rest of society can benefit.  I don't think Governor Northam needs to automatically resign, but he will be judged hopefully on how he goes forward.  Has he matured, has he learned, can he become a positive example?

The big question for all of us might be what have we learned from our past and how can we do better in the future?

Some earlier thoughts on some recent examples of quick judgments:  http://www.therealjohndavidson.com/2018/01/are-we-quick-to-judge.html

Two Postscripts (about one hour later)

1.  After writing this, one fear is that just by suggesting Governor Ralph Northam might deserve forgiveness means some people will find it difficult to forgive me.  No matter what one expresses there is someone ready to condemn.   It seems likely that there are a number of people that can understand my argument. Most of them worry about what others will think of them.  I feel that as well.

2.  Many years ago when I was about in grade 6 two or three of us somehow got turned on by two movies about Al Jolson.  Rock was starting to shape our music interests, but we got sidetracked.  One of us bought some records which we all listened to.  Recently I re-saw the two movies and realized a few things.  I had had almost no contact with blacks at the time and it did strike me as strange that Al Jolson did a lot of performances in black face.  In the first of the movies they showed some scenes where Al joined some black musicians and wanted to adapt some of the music and moves--apparently this was the start of his rise to fame.  He was really impressed with their music and I understand was supportive of individual blacks, but it does boil down to cultural appropriation.  Another more recent example was Elvis Presley who made a lot of black music popular among whites.  I enjoyed Al Jolson and probably didn't notice that sometimes the blackface enhanced my enjoyment.  Jolson and Presley helped open up our culture, but each of them at one time must have wrestled with their conscience.
Posted by John F Davidson at 8:22 AM