ARE WE TOO QUICK TO JUDGE? 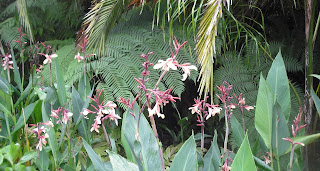 Two issues have garnered a lot of attention lately and they are issues that need to be dealt with.  The first was over the removal of Confederate statues which had very definite racial overtones.  The second was the sexual harassment scandals that developed post Trump starting with Harvey Weinstein.  To repeat both of these issues are serious blots on society.  My concern is that we are quick to judge those who in effect got caught at the wrong time.

I admit that not every action or thought of mine from birth has been pure and could withstand all criticism.  I will hide behind Jimmy Carter who once was criticized for lusting in his heart.  Bad behaviour needs to be curtailed and perhaps the first step is to acknowledge it happens and identify the guilty.  Appropriate punishment or other action can then be decided.  With the right decisions society can move forward with benefits to everyone (including the guilty).

Every human being is limited by two things--their genetics and their environment.  We all know stories of people who have overcome what others would consider handicaps.  The majority of us follow a pattern for 90% of our actions and even the exceptions have much in common.

From birth we are taught right from wrong and where we fit in the status quo.  As a male I and most of my peers learned that men and boys played by different rules and in fact were more powerful physically and socially.  Some of us were taught some respect for the "weaker sex" and most of us were attached to our mothers and sisters.  At the same time sex and gender were treated differently in different cultures, but for the most part the male was dominant in critical ways.  The goal of most males has been to be a breadwinner, a protector, but also the decision maker.  Much of society has progressed, but much is still held back by the male ego.

The more powerful among us (those who didn't directly inherit our position) were motivated by the rewards of success--money, power and sex.  Many took short cuts and took unfair advantage of others. The indications of power are important to many; some by displaying wealth or dominating decisions.  Others are frustrated in their attempts to be accepted  All I am saying is that it is normal to take advantage of whatever leverage life has given you.  It is in society's interest to be fair.

One face saving device for many who don't quite get what they consider their fair share of the pie is to blame others.  Powerful men understand this and many encourage the blame game.  It is easy to point fingers at all sorts of outsiders as some sort of unfair constraint on their status.  We dismiss the merits of those we have come to hate, but we benefit when we better understand what makes others behave the way they do.

All humans strive for survival and then  acceptance.  For most of us it is parents who guide us, but soon other relatives join in and then there are "strangers."  Most of what we consider "normal" is subconscious.

Jesus said "let him who is without sin throw the first stone."  Newt Gingrich was prepared to judge Bill Clinton while he was carrying on a adulterous affair.

In all our relations with other humans the first priority should be respect as in reality they are very much like we are.  As much as possible we should try to understand what they are about.  Of course we have to do what we can to prevent harm.

The world is a scary place, mainly because we do not really understand one another.  We spot differences and too often assume they are a sign of inferiority while we fail to notice the many similarities we share.

I am not saying it is wrong to condemn racist or sexual harassing behavior, but that we should examine the problem and look for solutions.  One commentator suggested that punishment has had an effect on sexual harassment while others are saying the solution is training.  The training to my way of thinking is to reset the unconscious cultural background and subject to subjective thinking.  Torgy Segerstedt, a Swedish journalist before and during WWII once said "No human can withstand close scrutiny."  Lets let the non sinner throw the first stone while the rest of us should look for solutions to the problem (which might carry some punishment as a deterrent)..


It is an ongoing battle to be fair all the time.  In an earlier blog I dealt with my own inadequacy.
http://www.therealjohndavidson.com/2015/11/when-public-that-means-you-are-lied-to.html
Posted by John F Davidson at 10:57 AM