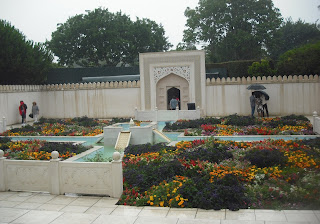 It was an American millionaire who once said "I can buy smarts."  In fact that is literally what good managers and business owners do.  That is of course if they want to be successful.  Businesses are run for profit and these days the focus is on short term profits.  Nations on the other hand can afford to and should want to take a long term view.

Politicians need to get votes for the next election or there will be no long term career in elective office.  If they detect fear for instance of darker guests they can exploit that fear. The erroneous argument is often based on the potential or perceived loss of status.  Donald Trump understands what motivates voters and has surrounded himself with narrowly focused bigots.

Emotional intelligence is used more effectively by some than others.  It allows a person to "read" another with regards to such things as their loyalty, reliability and other traits better and thereby "manage" them more effectively.  Successful politicians are the masters.

It is not the person at the very bottom of the ladder who emigrates.  It takes money, connections, and knowledge to emigrate.  Often skilled professionals and tradespeople feel they can do better for themselves and for their families in another country.  Of course many are satisfied with their status at their homeland and feel the ties of relationships.

At another level there are people who work hard, but don't get anywhere.  They are ambitious, family oriented, etc.  Sometimes they will do something desperate.  Refugees are on the run because of scary circumstances, such as violent political or criminal actions or natural upheavals

Let's face it, most western countries are aging.  They will need people to take care of the old. They will also need people to do the distasteful jobs their citizens don't want.  We all need economic activity to keep our pensions viable.

From another point of view a poor country needs to value its human resources.  They may applaud the success of one of their former citizens in America, but in reality that person could help boost national prospects in their birthplace.   One of my favourite movies "Swades" is about the conflict a successful space engineer from India who realizes his home country can use his talents.  He enjoys the challenges of the American space program and the lifestyle that goes with it, but feels part of his life is not as it should be.

Of course many immigrants send money back to their homeland and some will revisit and help in different ways.  It is natural to want to help the people from back home.

Still taking in an immigrant is a way of stealing.  Regardless of the original motive every human being has value and it is in the interest of others to develop it.  Many receiving countries denigrate newcomers and fail to develop whatever talents have been brought.  Sometimes the stealing is more obvious when a talented individual such as a star athlete or proven surgeon is tempted by the "good life," but even a lowly labourer who outperforms the lazy native is a steal, although not acknowledged as such.  The West needs a wide range of people with low skills to do work the rest of us avoid (by getting more education, etc).

Of course it can be argued that foreign students get educated to new skills in western countries and often take those skill back home.  There is a trade off as we get their money and usually good will.  We all benefit when knowledge spreads.

Among the desirable immigrants there are certain to be many that are less desirable even criminal. And even more there are many that find adaptations are more difficult and go astray.  If we examine our own culture we would learn that many people are unhappy with their status.

I recall Tucker Carlson disputing the notion that "our strength is diversity" by claiming our strength is unity.  When everyone thinks the same way unity is easy, but everyone thinking the same way is not the way to strengthen your unity.  That comes from accepting new ideas and looking for common ground.  Humans from diverse backgrounds have more basic commonalities than our prejudices and biases allow us to realize.

There are something like 65 million refugees in the world.  Some of them might be classified as economic refugees and many of those can indeed improve our economy.   On the other hand many fear for their lives.  Amongst my ancestors were Mennonites who fled Europe for  religious reasons.  Some of their descendants went to Canada.  I suspect most of them felt a struggle when they decided they might do better in the new world.
Posted by John F Davidson at 8:59 AM