2017 Another year to remember 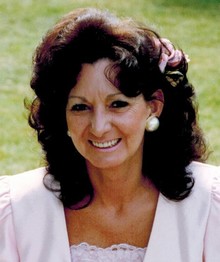 The main purpose of the year end blog is to savour all the good times.  It might seem strange to start off with some obituaries, but it is my way of remembering people who impacted my life in a positive manner.

Katherine Finn, mother to Barry Finn, and a former boss of mine.  She was a peacemaker and an animal lover  After we had parted company (she played no role in that) I was very stunned at a surprise 60th birthday party I received a well thought out gift--ironically a book from Stuart McLean.  She will be missed.  Her obituary https://obittree.com/obituary/ca/ontario/caledonia/miller-funeral-chapel-limited/katherine-finn/2947954/

Stuart McLean is someone I remember listening to on the radio.  At first as a guest on Peter Gzowski's show.  In the beginning he seemed to be telling funny stories, but in a way that made them funnier.  Later I caught onto the Vinyl Cafe.  Once I was able to attend one of his traveling shows when it hit Hamilton Place.  Another thing from the radio and this one live appearance was that he was always trying to give new talent a chance.  He first encountered the female singing duo, Dalla when they were busking.

Glen Campbell died after suffering Alzheimer's  I am not much of a country music fan, but I spent my last two years of high school in a rural area and more critically went to the University of Guelph with a heavy contingent of Aggies, some of whom became friends and it was a Sunday nite ritual to watch Glen.  It was impossible not to enjoy him. 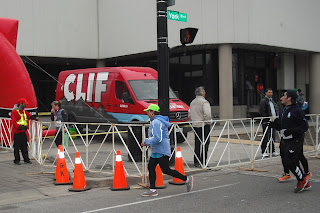 Around the Bay Race 5 km.  Sharon with the encouragement of our son has taken a liking to running.  This year OKD sponsored a team and she joined.   8 minutes from back of the pack to the starting line


I missed most of Doors Open Hamilton because of time conflicts.  A highlight I did manage to see was the Digital Canaries Film Studio.  They provided sets for tv shows and movies.  They had a mock White House for interviews.  Also mock court room, jail cells, hospital rooms, etc. 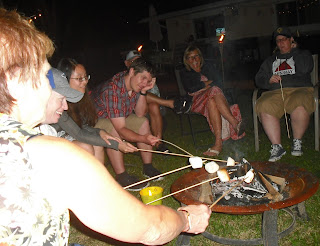 Michael and Haley visited us from New Zealand.   Michael made several out of town visits with Haley to show some of the more interesting points in Ontario (and New York and Washington).  We had several family gatherings.  One of the hi-lites for me was provided by my daughter Heather when as a part of a family dinner she included a marshmallow roast. Another pleasant surprise was a meal prepared by Michael and Hayley to thank their hosts.

MM Robinson Get Together is getting to be an enjoyable routine.  7 members turned 65 this year and decided to celebrate together.  Guests came from South Carolina, Washington State and different parts of Ontario 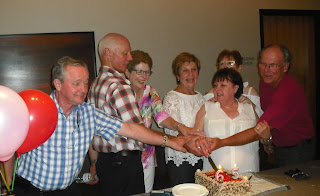 Super crawl was mostly (not entirely)missed because of a prior commitment, but was as busy as ever.

Took in "A Few Good Men" at Theatre Aquarius

The AGH BMO Film Fesitval--watched the trailer show and one film, "Lady MacBeth." 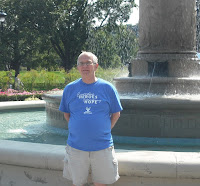 My Superwalk for Parkinson's Canada was a little more successful (thanks to some Facebook friends).  I had my photo taken by a fountain in Gage Park that an old friend Don Heroux had done some fundraising for. 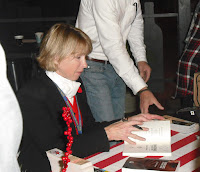 The Royal Winter Fair provided a moment I cherish.  Several years ago I met Shelley Peterson in Collingwood when she was just launching her writing career with a young adult novel for horse riders.  Not much contact in the meantime, but it turned out she had written the tenth novel in the series and was launching it at the Royal.  I came down to take a photo for The Rider.  First I had a brief chat with her husband David, former Premier of Ontario.  When she first saw me she remembered we had met in Collingwood ten years ago. 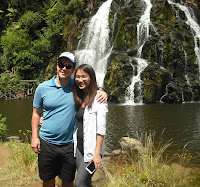 We decided to visit Michael for the Christmas holidays.  Getting used to a southern hemisphere holiday meant a bit of an adjustment.  Just so, New Zealand is such a beautiful country and we were fortunate Michael wanted to show it off and Haley was very supportive.  It is beautiful (and warm).  Lots of highlights, both natural and man-made.  Read more at:  http://www.therealjohndavidson.com/2018/01/ending-2017-in-new-zealand.html

Instead of hosting a New Years Eve party (a tradition of 20 some odd years) we enjoyed the music and fireworks at Sky City in Auckland. 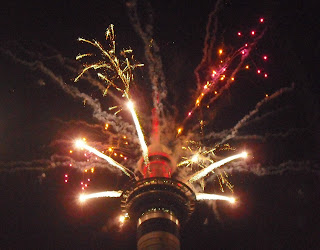 Restaurants--  In case anyone visits Hamilton these are a few of my favourite restaurants that I enjoyed.  Limoncello on Ottawa St.,   Gate of India, Wild Orchid, Lake Road, and further down James St S  Wass with Ethiopian cuisine and Bar on Lock.  A new one for me was Spring Grill, a Korean restaurant on Upper James.

Watching movies are one my favourite activities. http://www.therealjohndavidson.com/2017/12/2017-great-year-for-movies.html

Books take more energy, but also can give a good reward.   Here are some my favourites for the year:  http://www.therealjohndavidson.com/2017/12/enjoyable-reads-from-2017.html

This post was delayed while I finished my vacation in New Zealand (more on that next year and with a separate post. http://www.therealjohndavidson.com/2018/01/ending-2017-in-new-zealand.html  Much thanks to Chelsea Rolph taking care of our house and more importantly Oscar and Izzy.

You can read my year end review from last year.
http://www.therealjohndavidson.com/2017/01/looking-back-on-2016.html