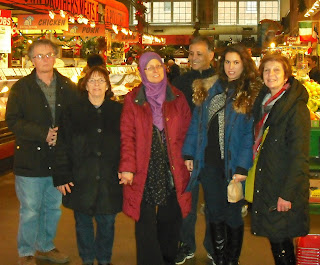 The end of a year seems to be a good time to reflect back on the past year reminding myself of the good fortune I enjoyed.  Also to reflect on those who left, why I miss them and help me better appreciate those still here.

My brother in law Ali Bouanba died unexpectedly in the summer months while visiting his family in Morocco.  As he lived in Brossard, Quebec I didn't see him enough.  From my perspective the most important thing about him was that he made my sister happy.  The second most important thing is he helped raise two exceptional daughters, my nieces Leila and Samia.  As a high school and university teacher Ali impacted a lot of people.  He had an impact on me by opening up my opportunities.  He encouraged me to make sales calls to francopones in Quebec.  As a salesman I had the usual fears of rejection, but speaking in a language I am mostly ignorant of was truly scary.  It worked and led to seeing more of Quebec (and better excuses to visit my sister's family). Ali was fluent in English, French and Arabic. His tea ceremony was quite entertaining and his daughters loved to show it off.  I remember long walks with him leading the family around different parts of Brossard.  He always was good to talk with.  To read more about how he helped open up Quebec for me:  http://www.therealjohndavidson.com/2012/07/travels-of-salesman-part-3-quebec.html The photo above is a family shot with Ali in the middle between his wife and youngest daughter.

Louis Petrov was the master of ceremonies at my wedding.  I was able to acknowledge him as an inspiration at another wedding he attended where I was the master of ceremonies.  He had been on business trips to Argentina and other parts of Canada. He was chairman for the committee to get artificial turf for his beloved Hamilton Ti-Cats.  I was invited to a surprise party organized by his wife, Vera  with Croatian friends from youth although he was Serbian.  His mother, Lena was like a fifth grandmother for me. 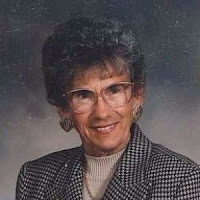 My Aunt Mary Coakwell died this past December in Oshawa.  I feel more than a bit guilty.   My aunt and uncle in Cornwall had previously died about this time of year and I had recently decided to email my brother to see if he knew what was up with my Aunt Mary and cousins.  The next day he emailed back that he had just seen her obituary as she had died a few days before.  She was the last of my aunts and uncles on my mother's side and for most of my life she lived right across the road from my Grandmother Coakwell in Oshawa so at an early age I saw her fairly often.  She married my mother's only brother, Harold and had given birth to Karen and Jerry, my cousins who are roughly the same age as myself.  I remember she always had a smile and seemed glad any time we visited.  When my mother died we gathered at her place and as it happened with one of my wife's Ukrainian aunts, Vera, wife of Louis Petov who  had traveled to Oshawa for the funeral.  My Aunt Mary who was my first Ukrainian aunt had her mother with her and encouraged Aunt Vera to talk to the mother.  After my Grandmother died and my brother moved to Brooklin I really lost touch, except for a few weddings and funerals although I do remember Aunt Mary and Uncle Harold visited my mother when she was in the hospital in Cambridge. https://www.arbormemorial.ca/mountlawn/obituaries/mary-coakwell/1692/

Gordie Howe was a hockey player who I was slow to appreciate.  It was a regular tradition to watch Hockey Night in Canada, but that was mostly the Toronto Maple Leafs playing four other teams in a cycle while Montreal who we seldom saw did the same thing from Quebec.  During playoffs we watched the better players more often.  I had a few friends who were Gordie Howe fans and the more I saw him the more I was mesmerized.  As an adult I was fortunate to work with a company that used Gordie as a product endorser and following that I was a able to involve him in a fund raiser.  He was quiet, modest and considerate.  To read a bit more on Gordie and some other  celebrity brushes.  http://www.therealjohndavidson.com/2016/01/brushes-with-celebrity.html

Gwen Ifill was just some one I watched on tv.  She was a rarity, a newscaster who could ask penetrating questions and you could never be quite sure what her politics were.  She projected a positive outlook, no matter the circumstances. 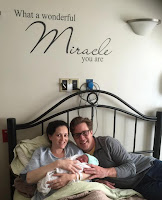 To balance off, we had the pleasure of greeting two new members of the family.  David and Krista brought us Hannah, born May 31st.

while Ryan and Renee brought us Emma Ryley November 12th

Over the many years we have celebrated our anniversary in different ways.  Often just a night out at local restaurant, sometimes we have taken trips such as to British Columbia and New Zealand.  This year we took the GO train to Toronto to do some shopping at the St Lawrence Market and a trip to the Ripley's Aquarium which was really mind blowing.

We always try to have a theatrical experience each year.  This year we visited Lighthouse Theatre in Port Dover for a Norman Foster play. (check out http://www.therealjohndavidson.com/2016/09/norm-foster-bard-of-cottage-country.html )''Blind Date" was a spontaneous play at Theatre Aquarius.  A lot of laughs and little pondering from both.

One of our favorite  restaurants relocated.  Culantro Peruvian Cookery started in a small facility in walking distance.  They moved into bigger facilities and fixed it up.  We went to a special nite--really interesting delicious food.  guitar and flute duo  See and hear a small part of the enjoyable evening.  https://www.instagram.com/p/BG0WAIjQkfV/ 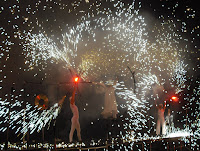 Supercrawl suffered through moderate rain, but much less severe than last year.  Good crowds.  For me a hi-lite was Circus Orange, but enjoyed much of the music, especially the Hamilton Philharmonic Orchestra with The Medicine Hat.  Enjoyed a meal at another classy restaurant on James North, The Lake Road Restaurant.  Chocolate on James with a nifty ice cream creation.

The Superwalk for Parkinson's was by one count my 8th.   I would like to believe my effort makes a small difference, but the goal seems so far away.

The Can Am show was held in Markham for the second year.  Again I saw many of my clients and a number of prospects. Found out what Extreme Cowboy was all about.  Learned about an interesting book I followed up with  http://www.therealjohndavidson.com/2016/05/the-power-of-horses-to-heal-riding-home.html

My first Serbian wedding.  Trevor and  Maricca.  Some delicious food.

Another joy of life is eating out.  Some enjoyable meals were had at Mesa, Acclamation, Ancaster Old Mill,  Brux House on Locke St.  Hamilton Hakka Indian and Chinese Restaurant  The Crepe House in Port Dover, the Lake Road Restaurant,  Romano's, Nonna's  After a Blue Jays' game we enjoyed Firkin's Pub at the Flatiron Building.  Farmer's Market has new eateries such as Pokeh, Divine Mexican Treats and Nam Nom Bahn Mi Eatery are three we have enjoyed. 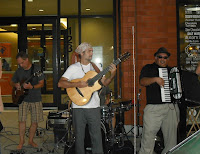 Johannes Linstead, a Juno award guitarist, on the street during Art Crawl brought by Chocolate on James.  For the second time bought one of his albums.  To get an idea of the fun:  https://www.facebook.com/ChocolatOnJamesHamilton/?fref=ts 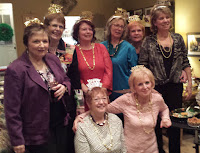 We usually wind up the year with a gathering of friends for food, drink and talk.  This year we were joined with my sister Rebecca and our neighbour Glen.

I spent a lot of time watching movies amounting to over 300.  Read the highlights http://www.therealjohndavidson.com/2016/12/film-memories-from-2016.html

Another indulgence is reading.  My favourites:  http://www.therealjohndavidson.com/2016/12/books-i-am-glad-i-read-in-2016.html

The 3 most popular blogs were 1) about the American election:  http://www.therealjohndavidson.com/2016/10/october-surprises.html

and 3) a book review about "Pandemic":  http://www.therealjohndavidson.com/2016/11/pandemic.html

I hope you all had a good year.  Next year could be even better!

If you are interested you can check out the previous year that had its share of interesting things:  http://www.therealjohndavidson.com/2015/12/memories-from-2015.html
Posted by John F Davidson at 1:04 AM