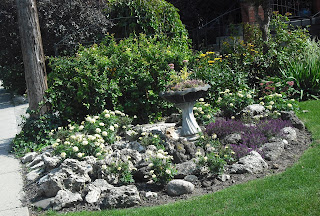 The Mueller Report, redacted as it is, is pretty damning.  The media, many activists and the Democrats will certainly kick up a fuss.  The next move is really up to the Republicans.  They can fight being pushed out with legalities and using their control of the Senate and Presidency and now even the Supreme Court.  But eventually they will reckon against the 2020 election.

That must give many pause for reflection.  The Mueller report is only a part of what crimes and misdemeanors are yet to come.  Not only is Trump's past full of legal and public relations problems, but going back to the CIA/FBI revelations to key Congressional members there is more cause for concern.  Mitch McConnell threatened the Obama administration that he would accuse them of meddling in an election, thus creating a clear path aided by the Russians.  Now we learn the Kentucky Senator and Majority leader also had some dealings with the Russians.

Would the public overlook all this Russian inter actions and Trump's obvious attempts at obstruction?  Many would forgive Trump for various reasons.  I think much of the 1% are very grateful for their tax rebates plus loosening up constricting regulations.  Others are pleased at all the rhetoric and action against minorities.

Many were discouraged for their job prospects and lapped up many distortions against Hillary Clinton.  A few may be willing to examine their perceptions.  Others may realize that many policies were not in their interests.

Minorities are not the problem for job prospects.  Really it boils down to the greed of those with power and money.  They are looking for cheaper alternatives and finding them with automation (and artificial intelligence) and shifting increasingly job descriptions to low labour costs, less regulation overseas markets.  There are ways of dealing with these problems, but they aren't given much of a platform.  Although a bit outdated here is a blog from 2014 that illustrates the job future: http://www.therealjohndavidson.com/2015/08/rise-of-robots.html

The tax cut was really engineered by donations from the wealthy.  And although a token amount was given to encourage low income voters the wealthy supporters gained a bigger hunk of available wealth.  Some have invested in creating jobs and of course extra money being spent creates jobs.  However huge chunks of money were mainly used to consolidate wealth.  On the other side the government will be dealing with deficits which eventually all tax payers will suffer for.  But at the same time programs that benefit lower income people will be curtailed as the wealthy see them as harmful to their interests.  The many inter connections will increase inequality.

Trump has gone against the majority in many ways although admittedly his base likes much of his efforts and/or find him entertaining.  He has offended many allies and upset peace initiatives.  Meddling in the Mid East endangers us all.  Some of it was just to please his base, but some was for selfish unfathomable reasons.  The Iran Nuclear deal did not suit his allies in Israel and Saudi Arabia, but was critical. for world peace  He took the side of Israel regarding Iran plus Palestine and also of the Saudi Arabians on Yemen.  Another group of voters will be threatened by these actions.

He has gone against American traditions regarding Russia.  Although no collusion  has been legally declared more Americans will wonder what the connection must be between Russian election aid and Trump's many favorable words and actions.

On the social front besides rhetoric and actions against visible minorities he also supported anti-LGBT efforts.  A touchy issue that is very key for many voters is abortion.  Most people are repulsed by abortion, but realized that effective ways to diminish it include sex education and access to contraception.  Some realize that it is difficult to judge women and their families when they find themselves in an unwelcome pregnancy--rape, incest, health issues, economic hardship are some factors. Sex is very hard to control and in a misogynous and sexually obsessive society, men are able to avoid responsibility.   Society seems to be evolving in their acceptance of new morality.

All of this must make the upcoming election frightful for many Republicans.  Even those in what have been considered safe seats  have to be worried how much power they will have if their Republican colleagues are not able to win.  If they refuse to take any responsibility how will their voters react?  They are already sliding.

Much of party actions are coordinated, but they have to realize real power  comes from being part of majority with control of Congress, the president and judicial.  If they punish the "bad apples" and show respect for bi partisan efforts inevitably some people will forgive them.  Impeachment is risky for both sides and at this stage unlikely to happen.  Renominating Donald Trump should also be a risky choice for the Republicans.  An association with Donald Trump could drag down many Republicans.

Much of this mess will carry on.  The Republicans (giving a lot of credit to Mitch McConnell) managed to avoid a Democratic Supreme Court choice replace a conservative judge and then go on to add two more of their choices.  At the lower levels of the judiciary Republicans have been very active in assuring a conservative bent for at least another generation.  The electoral college will continue to distort the popular vote and states still have leeway to gerrymander.  (Dark) money will still be effective at subverting votes.

It may be a few years before the U.S. is back on track.  They have to earn trust from their allies and respect from others.  They need to tackle problems like climate change, future of jobs, inequality and campaign finance.
Posted by John F Davidson at 5:36 PM