Election Interference is a serious problem 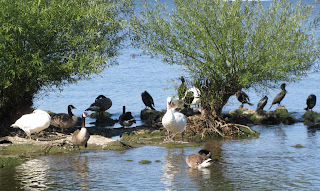 One thing that came out of the Mueller Report was that the Russians were very active at trying to effect the outcome of the American election.  At the top there is denial which may in part be due to an over sensitive ego.  Others are happy with the result.  Some of us aren't happy with the results and perhaps we can be accused of seeking an excuse for our poor performance or predictions.

Is this healthy?  As a possible excuse seeker, my opinion might be suspect, but I ask that even those happy with the results take a longer view.

The Russians have a history of interfering in elections (for that matter so does the U.S.)  They are supposed to have interfered in the Brexit election and in Ukraine.  Even if some in the U.S. are happy, perhaps they should consider the motivations of the Russians.  Do they really worry about abortions or gay rights or immigration?  Perhaps, but more obviously they are interested in relieving sanctions, freedom to pursue their goals, particularly with what they consider their sphere of influence. Perhaps Putin has his own sensitivities and was offended by Hilary Clinton who bluntly criticized him.

The point is Russia had goals that were not necessarily in the best interest of Americans.  Russia appears to want to upset alliances such as NATO and the EU. Trump played a small role in these efforts.

But Russia is only one country and there are many with capabilities of interfering and some of them might be interested in upsetting Trump or the Republicans.  China and Iran have conflicts.  Other nations would have different goals such as North Korea, Israel and Saudi Arabia.  Many other nations might feel they have vested interests that need to be steered.

With the U.S. political system sometimes offering a party to gain power with minority support the losers can be resistant to the results.  When there is any suspicion that the election itself was unfair there is always danger of rebellion in one form or another.

Personally I would like to add that any party that actually needed foreign help to win might not have the best interest of their voters in mind.  For instance the recent tax cut benefited the wealthiest the most in absolute dollars, but more importantly is already generating an increased deficit.  De-regulations that enable greater profit for business also remove financial and environmental protections that will do great harm over a period of time.  Budget cuts for education and health care can not only hurt individuals, but are bad for society.

Solutions are known, but the political will of the American Senate is suspect.   Some senators such as Mitch McConnell have a vested interest in the status quo.