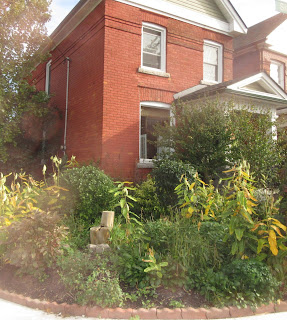 As a clever blogger I avoid using the first person pronoun as it turns off readers.   For this blog which stirs strong emotional feelings I feel I must state my personal stake in the game.  I am 73 and have owned my current home for almost 40 years and before that owned two other houses for shorter periods of time.  My income and that of my wife never was high enough to get out of the first tax bracket.  We were given breaks by relatives, but were not able to live in the more expensive locations in any town.  My current house is two stories with a finished basement, a small pond in the back yard and lots of flowers.  I can easily walk downtown or to Bayfront Park.

Times have changed.  The value of my house has gone up well over ten fold, but the people bidding up the prices are coming from further away and in most cases commuting a distance to afford.  If I were to give in to the real estate agents that pester me, I would have to find another house and it is not likely to be better located or offer as much space.

That is my situation and I fear the future will be a bigger challenge for those coming behind me.  In Hamilton (as elsewhere) we are having a big debate about the future.  Recently there was a big campaign to protest possible plans to expand housing including to farm land.  Not surprisingly many residents are horrified.  Building developers and some politicians are fighting back and have a case.  I noticed that the signs protesting urban sprawl were at single dwelling houses.  One of the politicians backed by a developer pointed out that the survey was very biased and offered their own supposedly less biased poll.  See below for a different political view.

The problem boils down to we who have an established house (relatively speaking"dream houses") don't want to rock the boat.  We don't want big huge buildings with multitudes in our neighborhood and we don't like the idea of farm land being turned over to greedy developers.  I fit into that category.  BUT everyone agrees that more people are coming.

Where are these people supposed to go?  I don't envy their choices.  Cramped in an apartment or condo might be one choice.  Another would be way out in the suburbs requiring longer commuting.  Another choice to somehow get more money (an unhealthy pressure in itself) or accept that a higher percentage of their income is going to be devoted to housing.

The basis of the frustration is the pursuit of the "dream house".  More "dream houses" can be built, but yes they will be more expensive, further away, maybe not quite as ideal and yes they will cut into our precious farm land and add pollution and accelerate climate change.

Other political view picked up from John-Paul Danko to Steve Paikin.  My phrasing:  The government empowered by greedy developers has extended the time frame, hyped up population projections and taken on a larger planning function.  I agree there needs to be a wider view of the problem, but hopefully not financed solely by "special interests".

Are there solutions to the dilemma?  There are ideas, but they are dependent on people who can help work out the big plan and the little details that impinge on them.  There will have to be adjustments or not only will people be unhappy, but they may not have much of a planet left.

Cars are part of the problem, especially as more people may be commuting further and on more crowded roads.  Extended infrastructure will also add another element of pollution and attack our climate.  Transit is cheaper and more environmentally friendly.  If people insist on living in detached houses far from city centers can we somehow put them into the transit network?  Better yet, in the future will more of us will be able to do most of our work from home?  Working from home has mixed blessing in that human contact is still vital for many interactions.  We may be aggravating inequality as some will have the luxury of working from home while others can't.

At bottom the real pressure comes from population.  Some have a vested interest in ever growing population which really are markets for whatever they are trying to sell.  Part of a dream for many families is deferred because they don't have the resources to bring up another human.  We would like to support families as they are the base of society as we know it.  Large families may be difficult to maintain, and for the world as a whole and individual families some disincentives should be established.   Part of the strategy to curb excessive population growth would include sex education, availability of contraceptives, but more basic is our attitudes.

Compromise is how we have traditionally dealt with conflicts.  I learned that the city of Hamilton has limited downtown buildings to a height that does not obstruct the view of the escarpment.  I would keep that sort of restriction but perhaps we need to examine other building restrictions.  Along with that would be improved transit which always seems to run against budget concerns.  Farmland could well be our saviour, but we need to expand our food growing resources which have been done in some urban centers. Many compromises would be easier if more money was included.  That of course relates right back to inequality.  An earlier blog on taxation has some relevance:  http://www.therealjohndavidson.com/2021/05/taxation-necessary-tool-for.html

Happiness is being satisfied with what you have while unhappiness is not being satisfied with what you have.  Having said that, human progress has come from those overcoming dissatisfaction.  What can we do to make life more satisfying.  Make living spaces more livable with more community space and also concern for privacy.  We take for granted that more people can mean more cultural opportunities, etc.  Each of us need to examine what is really important including independence, relationships and purpose.  What joy can we find?   It might too much to put this burden on education, but that has to be an important component.  School needs to be more than learning job skills.

It is good that the issues are being raised, but each of us needs to be open minded.  We have to acknowledge other people have their needs.  We should admit that we have achieved at least part of our dream and that others have not been quite as lucky.