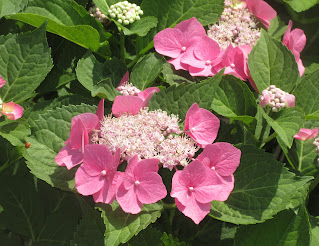 Most of the western world is supportive of the Iranian women protesting restrictions on their lives.  Underneath there is a lot of resentment of being ruled by an autocratic theocracy.  The women hold the leverage of righteous indignation.  As in history men have tried to control women and looking back we have paid a price.  This time the women have garnered greater support from men. What are the dangers of pushing too hard?

As one commentator pointed out how we got to this point is that we, especially Americans have usually taken the side of dictators and corporate interests against the will of the people.  This doesn't always work out the way it is anticipated.

In 1953 the Iranians had a democratically elected leader, Mohammad Mosaddeq who was trying to follow the example of an agreement between Saudi Arabia and Americans to share oil revenue.  The British resisted and requested help from the U.S.  After a successful coup, Mohammed was replaced by the Shah.  To consolidate his power he sought help from the C.I.A. to set up SAVAK, a secret police service.  One of the trainers was Norman Schwarzkopf, later famous for the Iraq invasion.  They also involved the Israeli MOSSAD.  The purpose was to track and control enemies of the Pahlavi family.  The Americans left and SAVAK took a turn for more brutality including torture, executions, censorship.  The first director was repelled, eventually becoming a dissident and was assassinated in such a way to appear an accident.  Agents spied on Iranian citizens to uncover dissidents and as a by product promote distrust among neighbors.

With the election of Jimmy Carter the Iranians were coerced into alleviating torture and other abuses of power.   As the Catholic church in Poland was responsible for forcing the Communist government to eventually capitulate. a fundamentalist Shiite clergy forced out the Shah.  Ironically when the Iranian Revolution occurred in 1979, Carter also felt an obligation to support the Shah under siege.  This stirred resentment in Iran and led to the hostage crisis that helped undo Carter's re-election.

The Iranian Revolution was sparked by civilian discontent.  As is often the case the people rallied behind fundamentalist clergy who in the end took control.  Similarly the Poles rebelled against the Soviets using the Catholic Church as a tool.  In another blog about corruption it was pointed out that when citizens have little room to protest they support fundamentalists.  see http://www.therealjohndavidson.com/2015/07/thieves-of-state.html

A few other ironies--during an oil boycott it was Carter who adopted a conservation strategy to make Americans less dependent on Mid-East oil.  This was ridiculed by Republicans who went onto ridicule climate change.  Another irony provided by the Republicans is that they spun an arms deal with the supposed enemy Iranians to finance an insurrection in Nicaragua.

After the Iranian Revolution Iraq thought it would take advantage of confusion in Iran to invade it starting in 1980.  Americans, concerned about the prospect of a prolonged war supported Saddam Hussein including providing expertise on chemical weapons that not only killed an estimated 100,000 Iranians but were also used on Kurdish civilians.  Iran was able to quickly repel the invaders, but the conflict dragged on until the United Nations brokered a ceasefire accepted by Iran in 1988.

In 1988 an Iranian passenger airline was shot done in Iranian territory by an American missile.  Americans claimed they mistook it for a military fighter.  All 290 people on board died.  Ronald Reagan expressed regret in a diplomatic note.  United States did not admit legal liability or offer a formal apology but did agree to a financial settlement of $61.8 million.

After 9/11 the Bush administration labeled Iran as part of an "axis of evil," although they had provided some intelligence for the crisis.  I have to admit that phrase came from David Frum, a Canadian conservative writer who I have come to like a bit.

Trump not only broke the multi national Iran Agreement, he imposed sanctions not only for Americans, but also for their allies.  On top of that he approved assassination of Qaasem Soleimani, a prominent Iranian general.   http://www.therealjohndavidson.com/2019/05/alarm-bells-on-iran.html

Iranians are accused of terrorism, but they see themselves as defending the interests of Shiite followers in Lebanon, Yemen, Oman? and Israel..

The current energy crisis greatly aggravated by Putin and OPEC is forcing difficult decisions.  At some point some vested interests will point out that we in the west are suffering for our support of Ukraine and might face a nuclear Armageddon.  Is it worth it?  For the sake of world peace and to solve other global problems like climate change and pandemics it is, but difficult decisions will have to be made.  Winter will soon be here.

How do we deal with Iran?  They are resentful of our reactions  (including in Canada and the U.S.) to the riots.  Canadians are proud that Ken Taylor, our ambassador to Iran helped Americans escape from the hostage situation at the American embassy.  Going back further they are upset about sanctions against them and American actions going back to at least the 1950's.   Time to acknowledge American mistakes.

There is no easy way to deal with the oil shortage over the winter months.  Sacrifices are necessary in our support of Ukraine.  Long term we need to boost renewables.  Iran could be helpful and to a lesser extent could Venezuela.

We are not likely to persuade old theocrats that they need to give more power to women.  We  can give the women some support, but really their willingness to risk dying is more critical.  The hijab symbolizes power.  Although many women prefer not to be objectified, others feel that should be their choice. Beyond the symbolism women want property rights, access to jobs and education, the ability to divorce, freedom to express oneself as men do.  Women rights are human rights.

The Puritans won the English Civil War and imposed their morals on their subjects.  This included a ban,  on playing cards, dancing, women on stage, etc.  These irked citizens no end and eventually the English what was called the Restoration.

Dealing with the heads of state is practical for the short run.  Autocrats tend to stick together as do democracies.  Human rights really are a global issue and if we are not to be hypocrites we need to do more to promote human rights.  We will all be better off if we can make the right moves to furthering human rights.