THERE ARE TWO DIMENSIONS TO NUMBERS WHEN SELLING 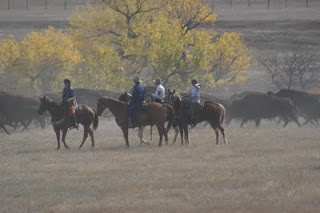 Numbers are everywhere, but for salespeople the key ones are those that reflect an effort to make a sale. Most sales people get very discouraged by rejection particularly when they make their first efforts. They are likely to be told that you just have to contact enough people and you will get more sales. That is true, but only tells part of the story.

For many years I worked with newspaper carriers and learned that I was expected to take them out canvassing which basically was knocking on doors asking for subscriptions. Its terminology reflects a numbers mentality. I remember one morning after a very frustrating canvassing effort where I had recruited one young boy and he only knocked on doors for 1/2 an hour and brought me 1 order. My colleague, Rick Hill reported 48 orders, but it took him four hours with 6 canvassers. I was embarrassed, but worked out the mathematics and realized I had gotten the same production on a per head per hour basis.

What a difference! Not only did my friend get much more reward for his effort, but there were a few other lessons. My one order could have been considered flukey, but when you have more than one person making an effort over a period of time you have competition and you might even have co-operation where some will help out a beginner. You also have a learning curve and some confidence boosting. With the larger numbers Rick had more youngsters wanting to join his crew.

I did improve in this numbers game after making all sorts of efforts to encourage youngsters to participate. Considered a fairly good manager in terms of training carriers for delivery and keeping their accounts up to date, but I really was not too impressive at selling. Then I met Roma Dempsey who had come over from another newspaper. She kept some of her top sellers.

She offered to take me with her crew and help boost our techniques. Like myself she would talk to the canvassers telling them what to say and giving them a pep talk. Where the difference came was she took the most successful canvasser and had him work with other youngsters. She rewarded him for this training effort. Before too long my canvassers were performing much better and the process became fun.

That made me realize the other dimension of numbers.  First we deal with what every body understands, quantity. More hours, more doors, more phone calls, are some of the ways we measure quantity.

Quality is a lot more difficult to measure, but is more critical. When I got into more direct sales I recognized the importance of prospecting, qualifying, targeting, product knowledge, presentation skills and following up. As you improve in these areas you will get more rewards for your effort.

An important equation is Quantity x Quality=Results. When you fail to make a sale there is always a reason. One of the most basic is that your prospect was not properly qualified. They might not have had the interest, the ability to pay, or the authority to decide. More attention to those details in advance will save a lot of wasted time. Perhaps you couldn't answer one of their questions. Product knowledge can make a difference, but perhaps even more important is understanding the prospect. Maybe you were too abrupt in your approach or maybe you took too long to get to the point. You might even be able to salvage the sale if you follow up by answering the question or making the product more relevant to the prospect. If you didn't ask the right questions you would not understand what they are interested in.  As a rule the more efforts you make, the more skills you develop. The knowledge and skills need to be developed. The more you study the more you learn.

Believe me there would be no need for sales at all if people would just figure out that the new mousetrap would improve their lives, on their own. If you have any thing for sale including ideas it does pay to learn a bit about selling as nothing happens until somebody sells something.

If you are not involved with "sales" (I respect you for making it this far) you might not see the relevance to you, but I am sure you have some ideas. Until you are accepted as an authority you have to deal with those who think they already are. You need to identify who really can help you, who might have a reason to help you or let you help them. How can you best present your idea? Should you give up just because they didn't respond well to your first effort? Should you look for someone else who might be more responsive? These are selling questions. Improve your quantity (of efforts) and your quality (of efforts) and you are more likely to sell your idea. Your idea might be as simple as I can help you if you are willing to reward me.

The photo was done by my brother Marshall http://www.fotoworks.ca on a trip through South Dakota.  It is of a bunch of cowboys herding a much larger bunch of cows. You can interpret in different ways--I was just drawing attention to the numbers of the two sets of animals and trying to solve a problem.
Posted by John F Davidson at 1:23 PM