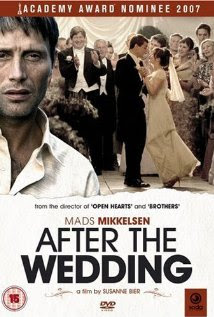 I seem to be in a number of minority groups (at least in my back yard) and here is another. I like to watch foreign movies, including those with subtitles. As an aging male with declining eyesight and attention span I too am bothered by subtitles, but I find the value is more than worth the effort. Maybe your experience allows you to think there might be something worth checking out.

It is not that every foreign subtitled movie is better than anything Hollywood and the rest of the English speaking world can produce because that is not true. The attraction is mainly a chance to see something from a different perspective. When you live inside a culture you feel that is the centre of the universe, but that is really a ridiculous notion when you think on it deeply.

I've watched and enjoyed movies from Europe, South America, Africa and Asia. Asia is the continent that produces the most movies and where the culture is the most different from what I am used to. I watch a lot of movies from India (have I mentioned I love Bollywood), but have also enjoyed movies from China, Korea and Japan. In truth many foreign countries feel they have to emulate Hollywood in order to survive, but there are film makers anxious to present their country's way of life.

My feelings are that the movies nominated for best foreign language movie at the Oscars are often the better movies. the quality is there. "The Lives of Others," "Departures," "After The Wedding" are really world class. I am looking forward to seeing "In A Better World" and "Incendies."

There are a lot of skills that go into a movie. At the top is a producer who has been given a budget (maybe the real top is the one who provides the money for the budget). They select directors and key personnel. A lot of people will influence the team selection. Writing, camera, actors, directors, costumes, sound, editors are some of the main contributors. Each has a skill and has to learn to work with the others. Some of these skilled people, such as Susanne Bier are internationally exchangeable including into other languages and everyone benefits.

Earlier this year I read Empathic Civilization and was taken with his notion that civilization is evolving so that we are inter-related with other cultures. At one time the dominant cultures felt they had little to learn from foreign cultures and in fact we need to teach them our language, our religion and our way of doing business so they can get with the program. Now all groups seem to be more open to each other.

That thought has been changing over the years in big part because of actual contact. Contact comes in all sorts of ways; travel and immigration being the most profound. We have been invaded and gotten used to it--we love foreign foods as one instance and seem to be getting more "exotic" all the time. We are aware of events in other distant parts of the world in some cases almost instantly.

In some ways our understanding is much deeper than before, but needs to go further. Movies cannot totally bridge the gap, but I believe they are helpful. First we need to appreciate that both intelligence and emotions can be found everywhere. Given the opportunity foreigners can turn out stories worth watching and tell them well enough that they can be enjoyed. The best stories reflect a personal viewpoint.

It is not just that we are different from other people; it is that we are very similar. The joys and tragedies of life are common to us all. The way we communicate, what we do for fun and a lot of our attitudes are different sometimes amounting to barriers. Movies are one way of helping to bridge the gap.

In Canada the most vibrant part of the movie industry is French Canadian. As an Anglophone most Quebec movies are a "foreign" language. What could be more important to understand than part of your own family. They struggle to maintain their culture and movies is one of the ways. One Quebec movie I enjoyed was "The Seduction of Dr Lewis."

Don't judge a whole country by one movie, but look at a broader base. You are sure to be surprised from time to time, but more importantly will have a better understanding of the "other." The more you understand the better for all of us.
For an update check out:  http://www.therealjohndavidson.com/2020/06/what-sub-titles-offer-you.html
Posted by John F Davidson at 4:30 AM