WHAT IS A BOLLYWOOD JODI? 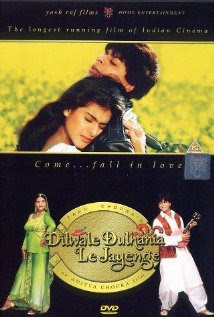 In honour of the IIFA awards this evening I would like to offer a new Bollywood item.

A jodi is simply the couple in a romantic movie. For those of us who can get obsessed with Bollywood, a jodi is something we consider in evaluating any movie we have seen or ones we anticipate.

Hollywood over its history has often touted couples as a dynamic component of a movie to hype up your interest. An old one is Spencer Tracey and Katherine Hepburn. Not quite so old might be Doris Day and Rock Hudson. A more modern one might be Brad Pitt and Angela Jolie. The idea of course is that they are such glamorous and sexy people and their chemistry will light up the screen. Many couplings are picked for their individual popularity and budget, but some combinations really do add interest to the movie.

In Bollywood the concept is more intense and fans develop their own favorite jodis. I haven't seen that many Bollywood movies so my thoughts are mostly for the last 15 years or so. In reality there are too many to note in a short blog.

Some of my favorite jodis form around the male star Shah Rukh Khan. In 1995 he made his mark opposite Kajol in "Diwale Duhania le Jayenge" that was one of the most ground breaking movies. They went onto "Kuch Kuch Hota Hai" that spanned a longer period of time and showed Shah Rukh as a father for the first time and Kajol transposes herself from a tomboy to someone more glamorous. Still another popular movie where they run off together against his father's wishes was "Kabhi Khushie Kabhie Gham."    More recently "My Name is Khan" saw them together again, this time with Shah Rukh playing someone with Asperger's and a lot of persistence to win the heart of Kajol and then after some historical changes forced to redeem his love.

Earlier in his career Shah Rukh had a jodi with Juhi Chawla which is worth recalling as the two afterwards formed business relations for both movie productions and cricket. Most of their movies together were comedies and they played off each other very well. Ones that I recall were "Yes, Boss"; "One Ka 2 Ka 4" ; and more recently "Boothnath" which was considered a special appearance by Shah Rukh. Juhi made an interesting special appearance at the very end of "Kabhi haan Kabhi Naa" where Shah Rukh had lost the girl, but as the narrator said he didn't get discouraged and Juhi appears magically and you can sense this would be the match meant to be.

Another favorite jodi is Shah Rukh and Rani Mukerji. It is amazing how in movies the jodi can be configured in different ways. In "Kuch Kuch Hota Hai", Rani is Shah Rukh's first real love, but her death and letters to her daughter are what spark his pursuit of Kajol.  In "Khabie Khushie Kabhie Gham" she is actually rejected by Shah Rukh in his pursuit again of Kajol, but takes it in good spirits. They come together in" Chalte Chalte" in an poor boy/rich girl mix that is realistic in the sense that they are quarreling even at the end.  Another favorite is "Paheli" where Shah Rukh plays both a cuckolded husband and a ghost who wins Rani's heart.

Again Shah Rukh picks the ladies I like. Preity Zinta. I first saw the pairing with one of my first Bollywood movies," Kal Ho Na Ho."  It turned out to be a love triangle with lots of misunderstandings. Shah Rukh won her heart, but pushed her to another hero, Saif Ali Khan. Ironically in another heavy movie, "Kabhi Alvida Naa Kehna" they start out married while Shah Rukh falls in love with Rani and they start an adulterous affair. In "Veer-Zaara" Shah Rukh spends years in jail to be reunited with Preity in his old age and only due to the efforts of Rani Mukerji playing a lawyer.

One other jodi for Shah Rukh is worth mentioning. Asoka was a big epic historial movie where he paired with Kareena Kapoor. In another movie she played Kajol's younger sister. "Ra One", a movie portraying Shah Rukh as a super hero to come out later this year with Kareena playing the leading lady and they are also filming together in another movie Angoor due in 2012.

Aamir Khan is considered a more serious actor and he broke with tradition in pretty well always actually kissing his jodi partner. He has paired up with Juhi Chawla in a movie that proved a big breakthrough for him," Qayamat Se Qayamet Tak" in 1988. He formed a a strong jodi with Preity Zinta in "Dil Chata Hai."  In one of his biggest pictures, "3 Idiots" he teamed up with Kareena Kapoor to very good effect. One of my favorite pairing was with newcomer (to Bollywood) Asin in "Ghajini."  I am looking forward to her pairing up with Shah Rukh Khan sometime in the next two years.

A younger jodi was Shahid Kapoor and Kareena Kapoor. I didn't really appreciate either one of them until "Jab We Met." They were real lovers when this was filmed after having performed together in a few others. It is one of my favorite romantic films, partly because they did have that chemistry. Both are exceptional dancers and the music helped the cause.

Recent news might heighten interest in another jodi--this time an actual husband and wife. Abhishek Bachchan and Aishwarya Rai. Her pregnancy was announced just a short time ago. Their wedding in 2007 apparently was one of the biggest deals in India. She was a former Miss World in 1994 and has been seen in a few American movies and he is the son of a Amitabh and Jaya Bhaduri, reigning Bollywood couple. Abhishek appeared in "Kuch Naa Kaho." they have done "Guru" and "Raavan" and "Sarkar Raj" together.

Perhaps the top Bollywood male dancer is Hrithik Roshan and he has participated in a few winning jodis. One partner was Aishwarya Rai in "Jodhaa Akbar" and lately "Guzzarich."  He also paired with Preity Zinta in Lakshya. I will be looking for another one with this jodi "Koi Mil Gaya."    One of his jodis I didn't like was with Kareena Kapoor, but they have both matured since then.

In closing--this is not a typical jodi, but one of the most spectacular casting of all time and all cultures was Amitabh playing the son of his actual son in a movie called "Paa". He played a 13 year old with progeria. Abitabh won a well deserved award for that. Another pairing, in the same movie more traditional was Abhishek with Vidya Balan, the first time I have seen her (but it won't be the last).

There are lots of other jodis and there certainly lots of attractive popular actors and actresses. Movie goers like to talk about their favorites and speculate which jodi they would be most excited about. How about you? Hollywood, Bollywood or elsewhere?
Posted by John F Davidson at 11:44 AM