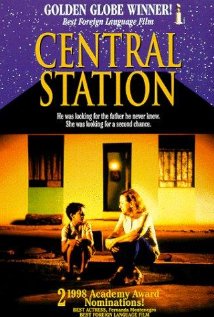 Argentina and Brazil aren't thought of much when it comes to commercial movies in North America.  That is a shame and perhaps one that will be corrected.  Recently I watched a Latin American double header which reminded me of a few other worthy ones I have seen.

The first Brazilian movie I saw was "Central Station".  One thing that struck me about it was that it did  not have a glamorous cast. It was Oscar nominated as best foreign language film and for best actress for Fernanda Montenegro.  The story is unusual in that an older very cynical single  woman finds herself wanting to help a young boy who had just lost his mother.  It takes her away from the big cities of Brazil and into different cultures.  The ending is a bit of a surprise, but somehow settling.


Another I remember was  "Dona Flor e Seus Dois Maridos"  It is about a woman who with a little fantasy has the best of two worlds--a husband who provides for her and another who excites her.  A song by Chico Bauraque "O que Sera"at the end credits has haunted me since.  Brazilians make some of the best music in the world.  So we know they are creative.

"City of God", a very violent movie that gets into the drug war culture and is regarded as a masterpiece of its genre.  It shows how even young children are brought into the culture of violence.

"The Year My Parents Went On Vacation" was highly rated and I naively assumed by the title it was about the trouble a young boy could get into while his parents were enjoying a holiday.  The year was 1970 which was a year in which Brazil again won the World Cup and also the worst of a dictatorship, both themes of which are interwoven in this film.  The director thought he could make his view known more effectively by this indirect manner than directly.  For a non Brazilian it may take you a little longer to get the message.  They show a lot of diversity in Brazil, but most of the action takes place within a Jewish community.  All segments of the population were very involved following the World Cup and also with the heavy handedness of the dictatorship which was shown enough to make you aware of it, but not so much that it dominated the film.  Taking a "vacation" was an expression used by political foes of the state when they wanted to hide from the authorities.  This was the first feature of two I watched recently. 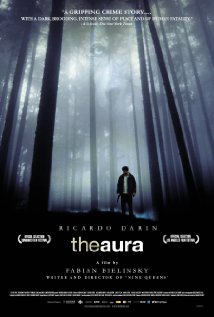 The first Argentine movie I remember was "The Aura" which I saw through the Art Gallery of Hamilton.  The main character was an epileptic who just before he had a seizure would have a sense of calmness, or an aura.  He planned a very daring robbery. Have since seen three others with the same leading actor, Ricardo Darin.  "The Secret in Their Eye"s won an Oscar.  Another one "Carancho" was what is called a film noir focusing on auto accidents and the lawyers who chase after them.  "XXY" tackled an unusual difficult topic with a lot of serious implications.  A child is born with duo sexual identities and the parents are protective.

I re-discovered Norma Aleandro, not realizing I had seen her in a few other movies.  A year or so ago I had seen "City of your Final Destination", an English language movie where she had a minor role.  More recently I had seen her in "Andres Doesn't Sleep in the Afternoon" set in Buenos Aires. where she played a major role, but as a grandmother.

Very recently I saw her in one of her most critically acclaimed roles, ''The Official Story.'  It was the second of my Latin American doubleheader and this one was also political.   It was filmed in 1985 and told of a very sensitive issue where the military junta amongst other things took newborn babies from dissenters and gave them to those with connections.  Another Latin American movie recognized by the Oscars and Cannes Film Festival.

All the movies I have described have high quality in terms of script, direction, production, acting, and cinematography. You will feel like they are high end films and very enjoyable to watch except for those annoying sub-titles.  They are well worth the effort.  I would like to add that I have found often that the winner of the foreign language Oscar is usually better than the best picture winner.
Posted by John F Davidson at 3:38 PM