As you browse through a bookstore or the library you are dumbfounded at all the interesting books you don't have time to read.  The situation is only compounded by the availability of e books where you don't have to worry about locked doors.  My selection process is a lot of browsing, reading, listening and watching reviews or references, and listening to friends' advice.  As a result of all that I have spent hundreds of hours over the past year enriching and distracting myself.  Hopefully you might find a few gems.  I have read over 70 books in the past twelve months and these are the ones I remember the most.

I purposely minimize reading fiction books as they are very distracting for me.  One good example is "The Impeachment of Abraham Lincoln" written by Stephen L Carter.  I had read an earlier book, "The Emperor of Ocean Park" by the same author and was very struck at his understanding of the law and legal matters while still writing in-depth characters and a clever plot.

Abraham's Lincoln's assassination is one of the pivotal moments of history, although the author believes there are stronger forces than any one man.  After Lincoln's death at the hands of John Wilkes Booth, Andrew Johnson tried to carry on the spirit of Lincoln's expressed intentions not to be too harsh on the southern rebels.  He was not as politically astute as Lincoln and soon generated a lot of resentment that resulted in his own impeachment trial.  One of the themes of this book is that even if Lincoln had survived and Johnson died the historical forces would have expressed themselves anyway. This book is a great mixture of plotting, characterization, political and legal subtleties.

The Burlington Public Library had their Burlington Reads selection "The Beauty of Humanity Movement" by Camilla Gibb and without knowing too much about it I reserved it.  It focused on Vietnam in modern times, but with a strong focus on the impact of the war.  It intrigued me enough that after reading it I visited a restaurant to try the soup that figured prominently in the book.  You can read about that adventure in one of my more popular blogs:  http://www.therealjohndavidson.com/2012/09/the-willpower-instinct.html  The book was an enjoyable experience enhanced by physically following up one of the themes.

A book I would describe as one to take to the beach is "The Panther" by Nelson De Mille. He turns out a thriller about every 18 months after a lot of research.  There is an intricate plot, interesting information and a lot of humour.  The humour comes from sarcasm and perhaps the best of it is the internal thinking of the main character, John Corey.  I have covered in another blog about marrying into the De Mille family which you can read at http://www.therealjohndavidson.com/2012/05/tribute-to-nelson-demille-real-writer-i.html 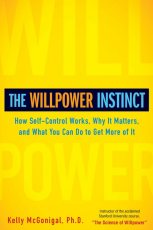 Another mystery novel I read had a personal connection as I have known the author John Lawrence Reynolds through work.  He had written a number of mysteries set in Boston years ago, but when returning to mysteries he set his latest book on the "Beach Strip" in Hamilton and part of the joy was recognizing local places and history.  His characterizations are a big part of his writing.

Still with fiction I finally read my first Jane Urquhart book, "The Stone Carvers"  An enjoyable book which covered areas of Ontario I am familiar with.  Inspired by the Vimy Memorial.  I will be reading more of her books in the future.

A book that is still impacting me on a daily basis is "The Willpower Instinct" by Kelly McGonigle.  Willpower is the one personal attribute that can make the most difference.  This is a how to book, but is only as good as the willpower you can put into it.  We all have some willpower, but the trick is how to stretch it and she offers a practical perspective.  A more detailed description by me can be found at  http://www.therealjohndavidson.com/2012/09/the-willpower-instinct.html 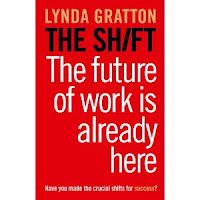 The Shift---future scenarios  My favorite non fiction book of 2012. We would all like to predict the future, but it is similar to jello. Lynda Gratton runs by a lot of possibilities and links them to trends that either can be encouraged or discouraged.  She gives herself the freedom of fiction to discuss many possibilities.  More details can be found at
http://www.therealjohndavidson.com/2012/04/shift.html

"Fairness and Freedom" denote compatible traits but there is an important distinction.  Freedom sounds so noble and everyone craves it.  We want to do what we want to do.  Capitalism thrives on freedom, but too often the levers get re-set and some people have more freedom than others.  For instance those who control capital can shift labour to slave wages and fewer safety and environmental restrictions with just a few key strokes.  Free trade is not free for everyone.  Fair trade is an attempt to  make sure everyone gets their "fair share."  New Zealand has a longer history of concern for this while America is convinced freedom is everything.  Having concrete examples helps clarify the distinctions.  More details can be found at:  http://www.therealjohndavidson.com/2012/06/fairness-and-freedom-book-review.html

Business   Demand is a book that gets right to the basic of business. Persuading people to buy something.  It has always been the case that if you make life easier for someone else to do something they want to do you can sell something.
Again, more details can be found at http://www.therealjohndavidson.com/2012/08/demand-book-review.html
Read about my favourite reads of 2011 at:  http://www.therealjohndavidson.com/2012/01/books-i-am-glad-i-read-in-2011.html
Posted by John F Davidson at 7:01 AM