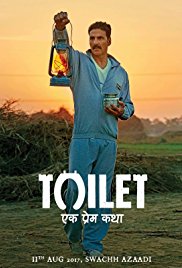 Did you miss it?  I did.  November 19th, 2014 was only the second day designated World Toilet Day and for most of us it might have seemed a weird thing to celebrate.

Only it is not so much a celebration as a call to do something about the lack of toilets for over 2.5 billion people.  Most westerners take toilets for granted and the thought of being somewhere without acceptable access turns up our noses.  We are vaguely aware that some people use outhouses and other facilities we do not know of or care to know about.

It (the lack of toilet access) is a problem with international implications, but of course impacts locally a lot more for some.  One of the prime concerns is the spread of disease.  With proper sanitation which includes more than just toilets much disease is controlled and in western cultures is a prime reason we live longer, healthier lives.  Open defecation, common in parts of the world helps spread disease, including diarrhea.

Easy access to toilets actually helps productivity.  This becomes evident when toilets are not accessible and great efforts (or suffering) to find one take away from other activities.  Some people of course are quite used to going anywhere and too often privacy is not a big concern.

The lack of toilets is a special concern for women.  The lack of toilets at schools has discouraged girls from going to school particularly when they reach an age when they menstruate.  Going outdoors at night has been found to attract sexual attacks.  Women (and men) are reluctant to go some places where they know there is not reasonable access to toilets.  It may seem trivial but toilet accessibility has an impact on education as well as productivity.

The problem is not just one of supplying toilets, but sometimes of breaking old habits to ensure newer healthier habits.  Public health workers are being trained to help educate the public.  I am sure someone will be able to make money from dealing with this problem/opportunity but it is also a need for government to facilitate a solution that benefits everyone.

Awhile back I remember watching a Bollywood movie, "Paa" that alluded to the problem of people defecating publicly and how difficult it would be to deal with the problem.  It was just a small issue, but drew attention of many people who prefer not to think of the problem.

This is not a problem I have thought much of as with most of you I take access to toilets for granted.  For more information including how you can help:  http://worldtoilet.org
Posted by John F Davidson at 10:14 AM