Obama, Americans and Cuba: Reaching out 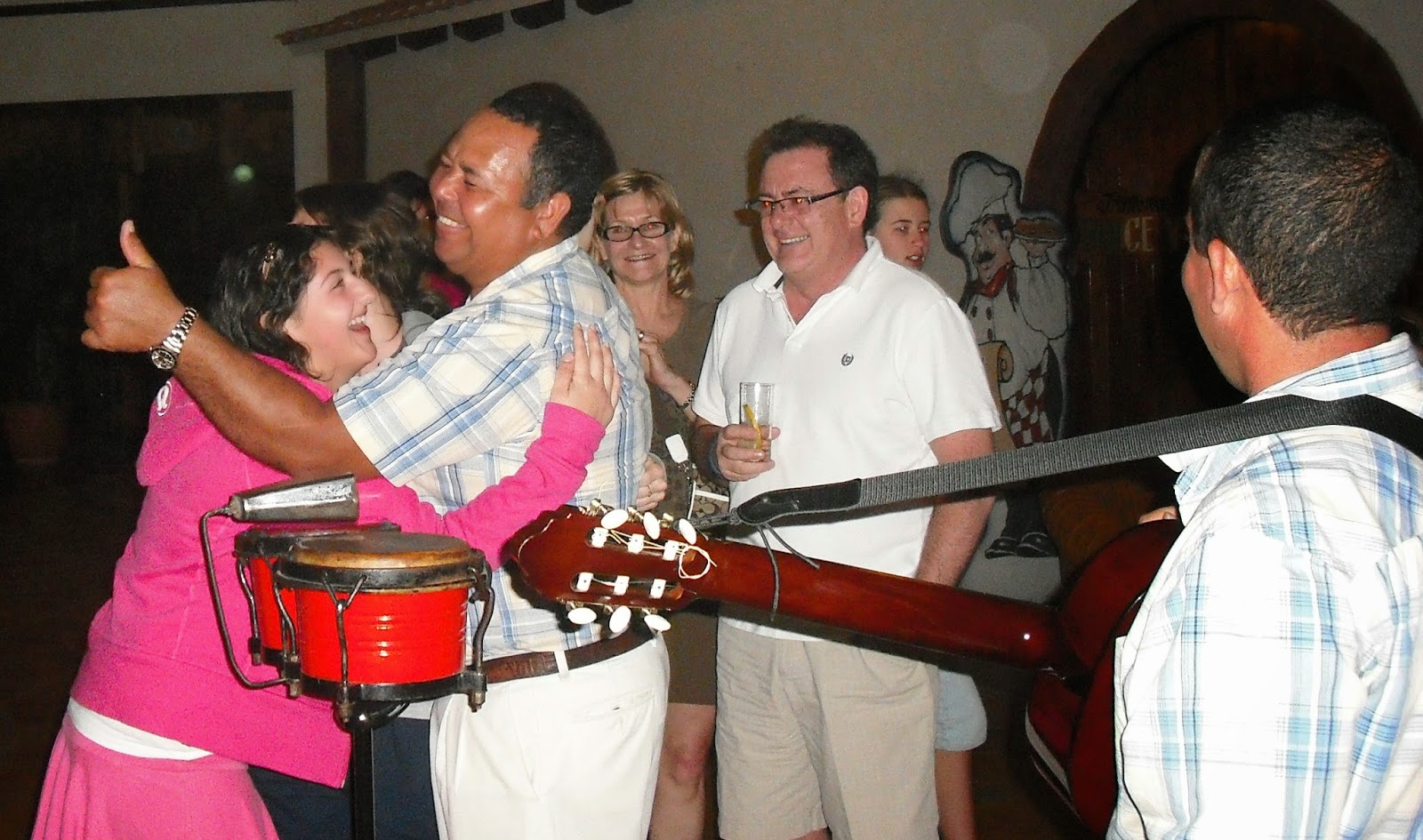 My bias comes from having vacationed in Cuba four times and thoroughly enjoying it.  The weather and the all inclusive nature of hotel accommodation were certainly appreciated, but above all was the people.  Maybe being poor makes you appreciate the opportunity to serve visitors, but they certainly made us all feel welcome. 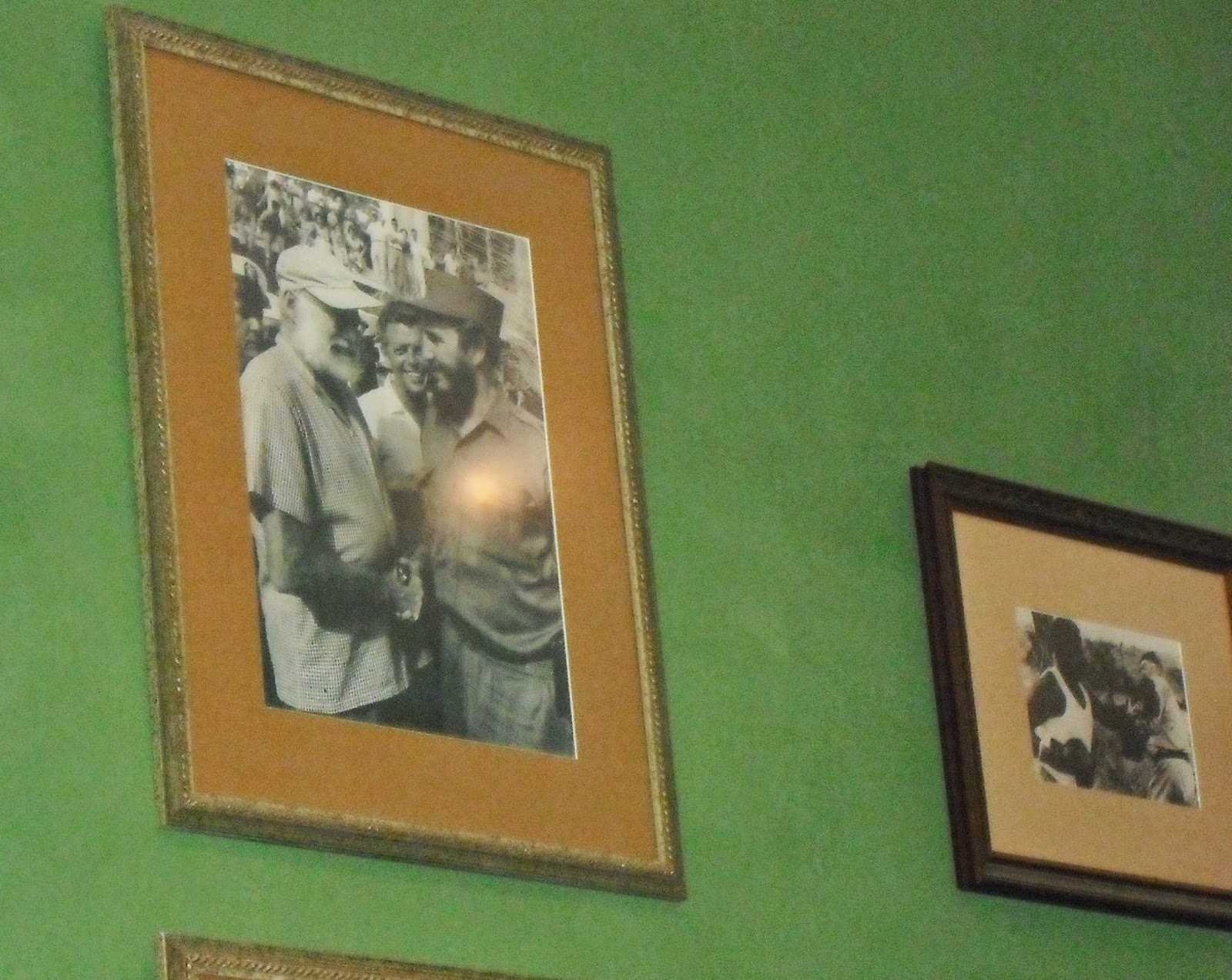 Americans have had a peculiar relationship with Cuba.  Before the 1959 Revolution it was a fun spot for them as well.  For many others it was a tremendous opportunity to exploit the resources and the cheap labour.  Now there is a lot of anger, most often expressed in Florida where many sought refuge.  This anger has had an effect well beyond the narrow relations between two countries.  Obama's recent actions regarding Cuba have upset a few Americans, but his actions were long overdue.

Ernest Hemingway, an American literary hero loved Cuba and tourists are often taken to sights where he spent time.  A lot of professional baseball players have come from Cuba.

The best explanation I have stumbled on comes from LZ  Granderson.  After the Cuban Revolution, a lot of Batista supporters fled mainly to the United States.  As he points out the people complaining the loudest against the Castro regime seldom if ever talk about how they really got what they claim was taken away.  But they have exerted themselves on political platforms and it is a foolish politician who would ignore their concerns.  A few elections have hinged on Florida with perhaps the most monumental one being in 2000 that changed a whole lot of things which I would say were for the worse.

The hypocrisy boils down as so many other issues--how a political party (in this case both are a bit guilty) can maintain the support of a crucial and vocal minority who can tip the election scales either way.   Americans have found it ok to do business with China, Russia, Vietnam, Saudi Arabia and many nations criticized for human rights abuses.  Businesses salivate at the opportunity to sell to the Chinese or take advantage of the cheap labour

The Elian Gonzales case got a lot of attention.  Parental rights were ignored by very many before the law courts stepped in.  I can sympathize with those who feel a youngster was being sent back to a terrible life, but it works both ways.  If we want to assert parental rights on behalf of our fellow citizens we have to respect it when it works the other way.  This is not so much a criminal matter as a family matter.

I know everything was far from perfect in Cuba and that inevitably some people have been exploiting their power.  It has been a standard joke about defections at every opportunity.   I certainly saw a lot of poverty and have read of abuses.

Tour guides might have a slanted view, but our Cuban guides seemed fairly well informed.  Actually I don't think they are any more slanted than many American politicians or their supporters who see everything in a certain light.  One very helpful and humorous guide I remember had spent time in Canada.

Medical personnel were a high priority for Cuba and in fact one tour guide pointed out they were the nation's most critical economic resource.  They were the first in Haiti after the big earthquake as they have been for other disasters.  Medical personnel were traded for oil with Venezuela.   Lots of South Americans have bad feelings for the United States.  I am sure some of it is envy, but there is honest resentment as well.  Americans don't understand the reasons. 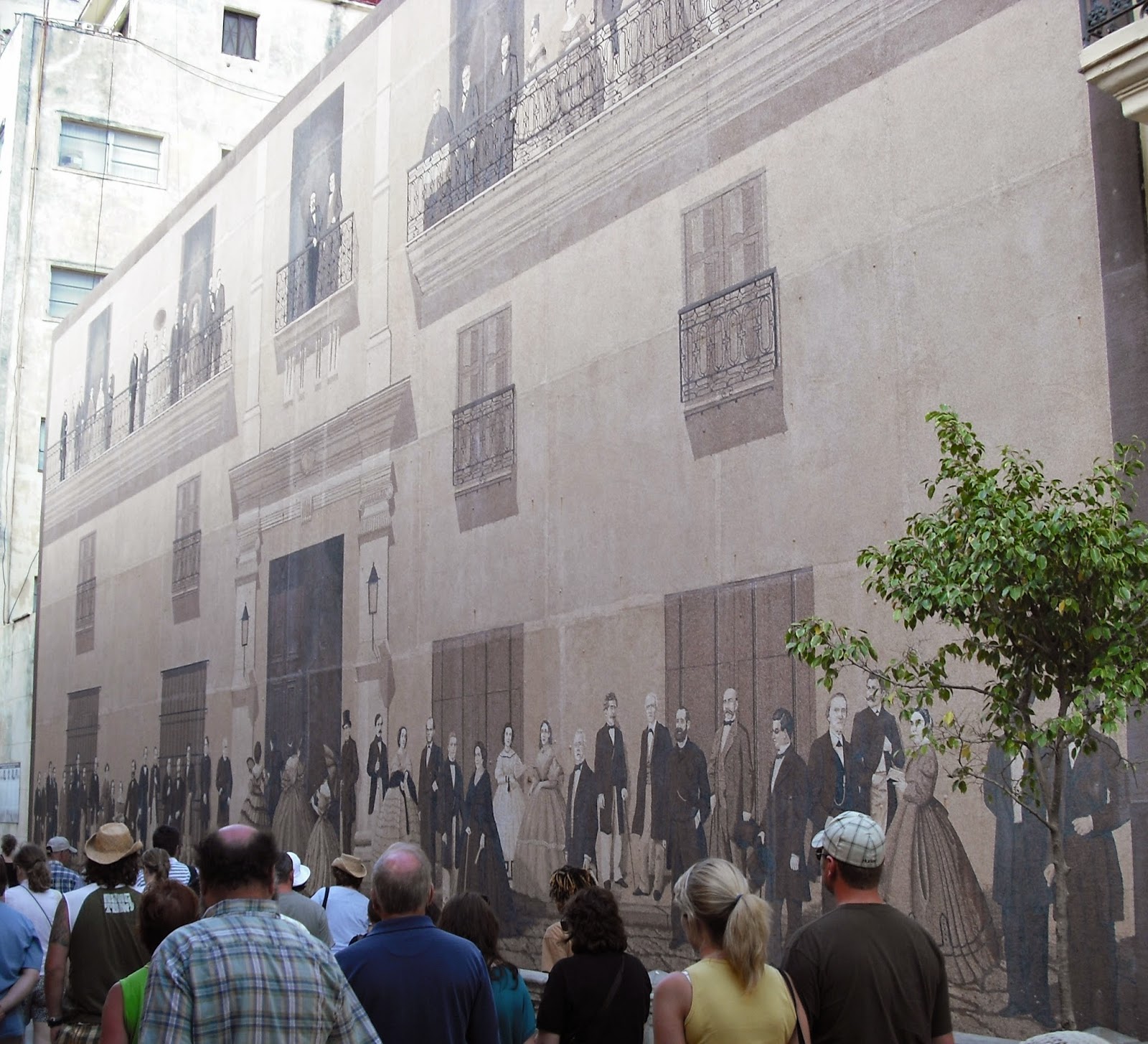 There is lots to love about Cuba.  Music and dance and hard work, but also enjoying life. Havana is a remarkable city, although in need of repair.  Of course the beaches.  There is so much to love.

I remember meeting a Cuban-American from Brooklyn on a vacation to Quebec City.  Family ties were important to him.

It is only a matter of time before we Canadians lose some of our favoured nation status and pay more for our vacations.  Hopefully more Americans will receive Cuban hospitality and understand it is better to be friends.

In a bar frequented by Ernest Hemingway is a photo of him with Fidel Castro.

A view from a very unique building called Obscurata Camera in Havana.  Apparently there were only two other facilities like it in the world.

A statue of an earlier Cuban patriot José Marti, although not nearly as famous as Che Guevera

A wall mural made from grains of sand.
Posted by John F Davidson at 2:37 PM