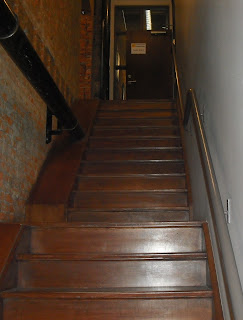 Donald Trump has galvanized voter attention.  To too many, he can do no wrong, but fortunately he is energizing those who realize he would be a disaster.  Many are reluctant to vote for Hilary who has been victimized for over 25 years with mostly disproven accusations.  Hilary was a strong feminist when many politicians resented them.  Others would prefer to vote for a third party.

This is being written after the Vice President debate.  Tim Kaine was seen as an interrupter (which he was) and nervous while Mike Pence was calm and prepared.  A day later more people are commenting that in fact Mike Pence helped  perpetuate all the lies and hateful statements actually made by Donald Trump.  All in all it looks like Hilary will emerge as president in November.

It is true the president has more power than any individual,  It is not true that they are omnipotent.  Both the Senate and the House of Representatives have clogged up progress and are in a position to perpetuate their obstruction with fatal consequences.

This election illustrates the power of money.  Most voters spend minimal time assessing the merits of each candidate, but are hit with literally millions of dollars worth of targeted ads.  Too many of the ads are negative and too few give an honest assessment of any issue.  Big money can shift their money where it can have the most impact.  Republicans spent their resources wisely back in 2010 giving them the power to determine district boundaries, called gerrymandering.  This has enabled them with fewer votes to gain real power in the House of Representatives.  Between campaign finance abuses and gerrymandering they have entrenched themselves to be able to resist a progressive agenda.  The Republicans actually have more to fear from their primary voters than the people they are supposed to represent.

For gun rights, the issue spills across both sides of the aisle.  The NRA makes it clear they will target any one who dares to oppose any of their rights.  They have successfully blunted the majority of voters who wish some reasonable curbs on dangerous abuses.  They pretend to protect the Second Amendment and to be interested in public safety, but they suppress any efforts that would curb gun revenue.  The Democrats have some common sense gun control ideas that do not infringe on majority gun rights.

After over 25 years of mudslinging that used up valuable money and time. Hilary unfortunately became more defensive which also seems to count against her.  If she were perfect perhaps that would overcome her reputation among ill informed voters, but who can claim that?

At the moment the Senate has brought to a standstill efforts to replace a Supreme Court judge that leaves many issues fogged up.  The House of Representatives stymied efforts to combat Zika and have clogged up efforts to boost Medical health insurance.  Climate Change requires a serious effort, but Republicans  (financed in large part by the fossil fuel industry) are proud of being deniers.  Racial harmony is being assaulted.  Social security is resented by the 1% that finances the Republican resistance. They would like see abortion abolished, campaign finance loosened, minority protections lessened, gay marriage abolished, gun rights expanded, and more changes to keep the 1% entrenched.  Obamacare would be repealed.

Donald Trump didn't come out of nowhere.  He is articulating a lot of what was coded before.   Republicans have long realized few would vote for their economic policies so they have courted social conservatives and to many of us it seems like bigots who resent "others."

For many voters it is easier to vote the same party at the bottom of the ticket as they have at the top.  Rich people like Sheldon Adelson and the Koch brothers have made a shift to protect their selfish interests.  They are supporting very conservative candidates for the Senate and House.  This means that the average voter will not have to endure as many Trump ads, but will be bombarded with messages, often very misleading why thy should not vote for the Democrats.

Net result, it may not matter a lot if Hilary does win.  She could find her efforts blocked.  The election is not just about two diverse personalities, but about philosophies that affect everyone.
Posted by John F Davidson at 3:04 PM