SOCIAL CONSERVATISM IS RESISTENT TO PROGRESS 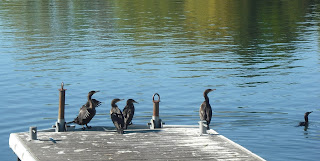 One political commentator used the term "binary" election to describe the choice Americans face in electing a president.  Some voters don't even realize there are more than two choices on the ballot.  However binary is an appropriate word because it is a winner takes all (in a narrow, but significant sense) system and for a variety of reasons it is far too expensive to mount a viable third party.

So in essence there are two choices, which some people pare down to:  liberals and conservatives. That is over simplified, but generally the candidates form packages that are most easily described that way.

In truth most people have a streak of conservatism in them because they are most comfortable with the status quo.  However the conservatives with money want to protect and expand their control while others who hope to reach the top of wealth want to protect their path.  This means that the smart money wants rules that in effect give them an edge.  In reality most Americans (indeed most people) are content to stay in their comfort zone, but do notice that they are being taken advantage of. Examining the program set out by the moneyed conservatives would be rejected by the majority of voters.  Their solution has been to partner with what are labeled "social conservatives."

Social conservatism is a loose term which can be a bit slippery to define and many of us share some views but not others.  Many of us evolve our thinking regarding what is acceptable and what is good. We all discriminate in one way or another, but we come to view some discrimination as unfair and even counter productive.  Some of us appreciate that the world is changing and some new things and ideas need to be considered.  Some issues which might upset the status quo can no longer be ignored.

Racial discrimination has always been and to some extent always will be.  It is normal to think the group you belong to has characteristics that are superior to other groups.  Americans boast about how prosperous their country is due to their work ethic and "freedom," but they overlook that an important initial factor was slave labor which could only occur when Europeans were able to class black Africans as inferior and undeserving.  That stigma that made slavery possible is to some extent still with us.  In many ways the views on blacks are self-fulfilling in that if one is constantly confronted with obstacles sooner or later one gives up.  I grew up in a white society and I remember when my father drove me and my sister to Buffalo he told us not to stare.  Blacks to-day are more common and do not elicit idle curiosity.  A powerful perspective is  http://www.therealjohndavidson.com/2016/12/the-half-has-never-been-told.html

Immigrants have always had a rough time.  At one time it was the Irish and the Italians, but to-day they and other Europeans are well assimilated.  In the United States, Mexicans have come to symbolize cheap labor and different customs.  From a globalized world immigrants come from all sorts of "weird" places and now a" troublesome" component is Muslim with seemingly a very different life style.  The hope for the world is that we assimilate together.  We are unconscious of the many gifts that have come from "others," but are gradually finding acceptance of new gifts such as tacos and fallafels.  These gifts and many others have enriched our lives.  My experience with refugees:  http://www.therealjohndavidson.com/2015/11/the-syrian-refugee.html

Sexual behavior has always been a potentially volatile element.  Marriage was instituted as a way of controlling it and families are the base of society.  That some people didn't want to fit into the standard one man, one woman mould was something to be hidden, not only on pain of ridicule and ostracism, but sometimes as extreme as death.  I grew up snickering at the concept of homosexuals, but secretly feared them.  Then because of changing times I actually met and even socialized with some and was struck that they weren't all that different.  Now we hear or read that some people are born into a sex they feel very uncomfortable with and have the option to change.  New and very frightening to those brought up in a "normal" atmosphere.

Religious beliefs are the most defining for many people.  It not only is a set of core beliefs that help us deal with life, but bonds us to people with the same beliefs.  To me it is the height of arrogance to believe that we are 100% right and everyone else is wrong.  But should you find yourself in that trap (I do myself) it is neither fair nor practical to condemn everyone who subscribes to a different view.  Tolerance is a desirable religious trait as perhaps best personified in the parable of the Good Samaritan.

Abortion is for many the core of social conservatism.  The thought of what an abortion actually is, is very repulsive to most of us.  Even if you have no religion it is hard to imagine anything more sacred or basic than life itself.  What is our life worth if someone can take away anyone else's?  I say that from the comfort of a male who will never have to directly face the problem of an unwanted pregnancy and of someone who went to Sunday School.  We all know that sex is a powerful drive and the result is sometimes an unwanted pregnancy.  If you don't have to face the consequences it is easy to pontificate about it.  Some women have killed themselves rather than deal with the consequences or more commonly suffered in other ways.

For those who feel abortion is the worst possible choice I am not too far from your view.  For that reason I favor sex education and contraception, but many social conservatives are against that as well.  Sex is seen as an evil thing that must be controlled and promiscuity cannot be forgiven.  On the other hand sex develops bonding between parents.  Sex is one of the key drivers of humans and can be a great joy and motivator for all civilization.  Other remedies include adoption and perhaps most important, acceptance.  For my views on sex education: http://www.therealjohndavidson.com/2015/05/sex-in-classroom.html

Many people cannot condone what they see as "murder" and I can respect that.  On the other hand we all need to realize that elected politicians deal with many other life and death issues.  Executions and the power to declare and manage war are pretty direct.  Health care is also a matter of life and death to all of us in one sense or another.  In fact a lot of regulations are aimed as curbing risk to life.  Euthanasia is also becoming an issue.  In all these cases voters have the power to impact other lives.  Hillary Clinton has said "Abortion should be legal, safe and rare."

Another aspect of social conservatism has come to be gun rights.  The desire to protect yourself and loved ones cannot be denied.  On the other hand a truly open gun policy would likely lead to anarchism and a lot of violence.  Most people accept that there needs to be some limitations just as we have come to accept limitations on the use of automobiles.  Some feel that any restriction on their gun rights is a limitation on their freedom. They are right in this, but to be functional we all have limitations on our freedom.  This is another life and death issue.  For my views on gun control:   http://www.therealjohndavidson.com/2013/01/the-american-gun-dilemma.html

The economic conservatives have learned that by offering assurances they understand social concerns they gain votes and power.  Admittedly there is a natural alliance among those who like the status quo.  On the other hand many people realize the conservative approach is a key factor in inequality.

When Lyndon Johnson signed a bill of rights he realized his party was going to suffer for decades.  It wasn't long before Richard Nixon started a Southern Strategy.  Ronald Reagan followed with a lot of "dog whistles" that signaled he understood southern sensitivities (as well as northern bigots).  Americans did elect a black president, but it must be recognized that a lot of citizens resent him and question his legitimacy.

Hillary Clinton was recently "caught" admitting that she is one person in private and another person in public.  This was presented as a shocking revelation, but in fact we are all guilty, more so if expecting to accomplish any goal.  The justification she gave was regarding a portrayal of Abraham Lincoln in the movie, "Lincoln" rings true.  Conservatives certainly have goals and have long ago realized the image they present to the public is not always how they think in private.
Posted by John F Davidson at 11:04 AM