POLARIZATION AND THOUGHTS ON THE FINAL DEBATE 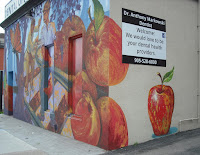 Much as I pretend to be rational, there is an element of dogmatic thinking in my brain. How about you?  It is very hard to understand how others can be so crazy, but maybe there is a reason that can be respected.  http://www.therealjohndavidson.com/2013/02/the-righteous-mind.html was a very humbling blog for me.

As a partial counter, I offer some positive thoughts on the opposition, in this case Republicans under Donald Trump.  For some there is only one issue and it might be abortion, gun rights, ISIL etc.  Much as I might disagree I have to respect your views.  I do respect the conservative Republicans who feel humans need incentives, but would temper that with a need for equal opportunities.  I can see why many Americans think the Democrats are soft on terrorism, although I believe the critics are short sighted and even counter productive.

There really are different mind sets and in many cases they complement one another.  In other cases they differ to a point of antagonism.  At the same time it is likely they can coalesce around something in common and perhaps develop in different directions.  The rest of this blog is mostly pointing out critical differences, but with the hope that somehow we can bridge the gap and develop a more rational view that serves everyone.

Rigging is a dangerous notion.  Unfortunately Trump takes it to an even more dangerous level.  He is suggesting his supporters keep an eye out for ineligible voters.  In open carry states this could be especially intimidating to visible minorities.  The suggestion that the final count is rigged could lead to  violent polarization.  The media--yes there has always been bias-as a distant observer it seems that has been slightly to the right.  In this particular campaign Trump initially got an inordinate amount of coverage that he exploited to hit what he identified as his core supporters.  He was definitely given a pass on vetting during the primaries.  He is such an egotist that he reacts to the smallest slights.

Climate change has not been nearly talked about enough and is still ridiculed by conservatives.  The U.S. military has identified it as one of the most critical concerns for national security.  Insurance companies are not fooled by deniers.  But there is not much discussion which must suit the opposition financed by powerful vested interests.
.
Gun control is another emotional issue.  One side wants an open ended second amendment while the other side suggests a few restrictions.  I believe international statistics back up the merits of some limitations.

Abortion is for many the most emotional issue.  Few Democrats see abortion as a positive thing, but see a lack of choice leads to misery in many different forms

The Israel/Iran situation causes heartburn for many conservatives.   American politicians seeking power seem to bend to the will of Israel with only token words for the Palestinians.  Iran is mistrusted by Israel, Americans and much of the rest of the world, but Iran has a case.  They have had a democratically elected leader deposed in a coup organized by the Americans and British.  They have had a passenger plane shot down with only monetary compensation and no apology.  They have had secret police organized by Americans terrorizing their citizens.  They have had an Iraqi invasion supported by Americans.  Still I think the average Iranian is more sympathetic to America than those in power.  The Iranian deal that was delicately negotiated over several years (with some positive input from Hillary Clinton) should be respected.  To force Iran to some humiliating concessions it was necessary to gain co-operation of other nations including Russia and China.  The so-called "ransom" was really an unpaid debt that Americans used as leverage.  There will likely be some very significant trade actions that benefit all parties.  There are ethnic and religious factions that create a lot of tension, but if we do not waste this opportunity such tensions can mellow with benefits to everyone including America and Israel.  If everyone is not satisfied that they squashed Iran sufficiently they should be advised to look at the overall picture and seize the opportunities that are now available or find their prophesies self-fulfilling.

International trade is again another emotional issue with Donald Trump being very vocal about lop sided trade deals.  It is easy to point to displaced manufacturing workers, but overlook how consumers have more money to spend and choice often resulting in jobs that are not directly linked to the trade deal.  And you now have some trading partners with more money to spend as well.  Others would also point to environmental concerns.  Corporations have more power than labourers and environmentalists.  Protectionism is not the answer but fair trade is better than free trade.  Displaced workers often overlooked by corporate negotiators  need to be considered and retrained.

Inequality leads to a vicious cycle of poverty that is negative for everyone.  As usual one party favours giving more money to the "job creators" who in the past have invested elsewhere.

The election does force one to take sides.  Canada has multiple parties that do have an influence and reflect a variety of opinions.  Torn between ranked and proportional--many criticize that proportional would lead to minority govt which is really a check on political power.  Take money out of the equation and more opportunities to reflect the true opinion on Americans will be revealed.

Unfortunately each of the two main sides cannot understand any merit in the other.  Education is part of the answer, but in reality we all have to understand better where the others are coming from and rather than stop at criticism try to develop connections.

The photo is a partial mural by a favorite artist, Lester Coloma
Posted by John F Davidson at 6:23 PM