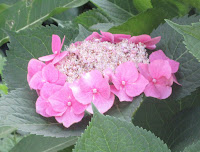 On the surface Trump is a very repulsive candidate, but despite that he is loved blindly by millions.  A man that seeks extra marital sex while his wife is carrying his baby.  A man who has cheated literally thousands of people through his various ventures.  A man who cosies up to Vladimir Putin and dismisses his own intelligence services.   A man who insults almost everyone who stands up to him or is adulated in comparison to him.  Very despicable.


My personal baggage.  I dislike the way he talks--demeaning, bragging with little concern for actual facts.   I frown on celebrity worship based on a tough  image, eg.  "You're fired."  Admittedly I might well tolerate his many faults if his policies were more aligned to mine, but they aren't.  They seem for the most part to attract favorable responses from people motivated by bigotry and/or greed.

Americans can be divided into many segments with unique motivations and politicians can only appeal so much to one group without offending another group.  Trump and his team have identified a number of one issue voters that fit into the conservative model.

The 1% feel outraged that they have to share their "hard earned" wealth with the undeserving.  Gun owners feel threatened, some arguing that any restrictions are a slippery slope.  Abortion haters see it as murder to the indefensible and utterly unforgivable.  Bigots based on superficial evidence are afraid and angry at those "others" who are stealing their jobs and their culture.  Then of course there are many who vote the way they do because they and their families and friends always have (or it looks that way).  We all pretend that our voting decisions are rational and it is possible that some actually do try to sort out many different issues.

Evangelism comes in a few variations and to be charitable I view this subject as an outsider.  I feel most comfortable seeing myself as an agnostic--that is one who doesn't really understand the ultimate questions and suspects nobody else does either, although who knows?  I did come across some evangelical thinking from an experience at work.  One day I was jokingly explaining that I had to go home early in order to protect my house against Hallowe'en tricksters.  The secretary replied that as a born again Christian she could not celebrate Hallowe'en.  I liked her and allowed myself to be talked into reading a book.  Sorry, I don't remember the title, but read it and even discussed it a bit.

Essentially from Biblical scripture we are told that Christ will come back.  Many signs will point to it, but some of the key ones were concerned with Israel.  It was critical that the Jews be in control of Israel.  There was something about 10 tribes to the north of Israel.  The secretary thought it might be the European Common Market which at the time had more than 10 members, but not as many as later joined.  There was something about an Anti-Christ that would have all the answers but they would be false.

The logic seemed twisted and to have a self fulfilling dimension, meaning more twisting, but also manipulation when possible.  Trump is very obviously offensive for Christians, except many have come to believe he is an instrument for the Second Coming.  He has done a number of things to encourage this notion.  One of  his early rants was on Muslims which appeals to the fearful and ignorant, but also appeals to those who want to defend Israel.  Iran was targeted as an enemy of Israel and Trump emphatically broke an agreement that had been negotiated by Russia, China, Germany, United Kingdom, France and the Obama Administration.  He has gone on to recognize Jerusalem as the capital, complete with American Embassy.  He has recognized Israel's right to the Golan Heights.  More recently has accepted Israel's efforts to colonize the West Bank. which would more closely resembled the ancient Israel.

Siding with Israel is not the way to broker peace in the Middle East, but that is ignored.  Evangelicals are at bottom a one issue group.  It is true they are against abortions as well as extra-marital affairs.  Studies have indicated there is also a racial element for some of them.  For some the Second Coming is the one deciding issue.

To my mind it is self righteous to think any of us are better than any other of us.  From other sources I recall the number 144,000 are the only ones that will get to heaven.  As world population is pushing 10 billion with many billions already passed on, it is hard to imagine how each of the evangelicals expect to be one of the 144,000.  The suffering of millions of innocents would be ignored.  The influence of the Second Coming believers has been creeping up on the rest of us.  They are not the overwhelming majority, but they are very steadfast in their beliefs.  George W Bush tapped into their feelings and appealed to them.  Trump just has taken some bigger steps.  Just as many Evangelicals see the Jews as tools for their ends, it seems like Trump sees Evangelicals as tools to satisfy his egotism.

To give Trump credit someone on his team helped identify one issue voters and how best to string them together.  Part of the strategy is that most of them realize they need more people to  get their way.  Many of them sympathize with other one issue groups.  The glue perhaps comes from the 1% who have the money and access to expertise to pull the strings.  Changing laws to further advantage their desires (taxes and regulations) includes giving them more political leverage.

If an African or Amazon tribe member had similar beliefs to the Evangelicals (and some of them do) we sophisticated modern people would either laugh or feel pity.  Most of us would acknowledge that Christianity has done good things and others feel that has been offset by the many wars and persecutions.  As a belief system Christianity has competed against many others and has gained a strong role in the modern world.  Its history is worth exploring:  http://www.therealjohndavidson.com/2018/08/the-triumph-of-christianity-history.html

It seems like in many ways the world is falling apart.  These one issue voters are dominating the bigger concerns and if rationality does not rescue us, we will all drown.  It is so hard to decide what the real core issues are, but they include campaign finance, electoral design and education to help bring about more rational decisions.  At the same time we need to deal with the climate crisis, inequality, terrorism, pollution, nuclear risks, hate--all concerns that could be one issue champions joining together.
Posted by John F Davidson at 9:09 AM