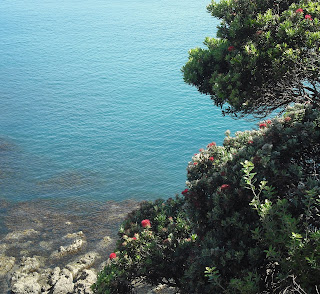 We live in an economy that works on a"just in time" supply system that cuts down on storage and finance costs.   Compound that when government budgets influenced by the need to cut taxes encounters the unexpected we have a problem.

The "unexpected" most recently demonstrated on a global scale is the Covid-19 pandemic.  Actually it is only the details that were unexpected.  Intelligent planners always realize the unexpected should be expected.  Many budgets provide for emergency funds that could be used for a wide range of (unexpected) problems.  Some organizations even have roles for "experts" to determine future problems.

We live in a world that is increasingly poisoning itself.  We all love the benefits of immediate gratification and seldom dwell on the costs.  One example might be the pleasure of driving a car partly for the joy itself and partly to reach a destination much quicker than our distant ancestors could conceive.  For that to happen many resources of the world had to be extracted such as metals, rubber, and oil while they were reconfigured to perform as a car.  These resources are finite, although some can be recycled.  In the various processes waste and even poisons are generated.  Almost every aspect of what we consider civilization has a connection to using the earth's resources.  Even the joys inside one's minds are a luxury provided by a surplus of resources to survive.

The earth that literally took billions of years to form must have seemed to the first humans to be infinite and we realize they actually had a narrow view of it.  The number one driver of the poisoning is population.  Growing populations generate complexities that in many ways enhance human enjoyment, but also use up finite resources faster.  Taking the earth for granted has been the default attitude of most of us, but like the backyard garden it needs careful minding to optimize results.

The benefits of globalization are also taken for granted.  We love learning about new ways to enjoy life and many of those ways come from previously unknown or inaccessible parts of the world.  We are inter connected in obvious and hidden ways and much of that strengthens us, but much is not understood.

Years ago I heard of concerns of spreading diseases among rubber plants that were concentrated in two distant locations--Brazil and Malaysia.  For awhile it wasn't too much of a concern as they were so far apart and there were few if any quick connections.  But with jet flight the danger increased that disease in one location could rapidly decimate plants at the other location and lessen the world's supply of rubber.  I am not really sure if this has been satisfactorily resolved, but realize such dangers are more possible than ever.

What seems to be common knowledge is that the current Covid-19 pandemic started in Hubei province of China.   It is very possible that it had something to do with animal to human contact.  Viruses are everywhere and usually survive under our radar, perhaps striking down individuals and small groups of individuals.  But we have known for centuries that viruses and their cousins, bacteria under the right circumstances can spread to larger and larger groups.  To-day we have intricate global communications that are quicker than ever.

There are scientists and medical authorities that have been given authority and resources to anticipate possible "problems."  It is always prudent to anticipate the unexpected because it really is not unexpected.  Governments have been formed to better organize our human affairs to optimize our resources better than competing individuals.  Even competitors have common interests that are at best only partially recognized by most of them; transportation, communication, conflict resolution systems, environmental factors, etc.

Governments are sources of power which means they are easily corrupted and misdirected.  In order to achieve power promises are made, but often one sided such as we will lower your taxes (and maintain your services).  Efficiencies should always be strived for, but everything has a cost that must be paid or there will be consequences.

Many governments find themselves in a trap.  They are expected to provide services, but not to burden the workers (and others) too much.  All too often wealthy individuals resent paying for services for those less fortunate and those seeking power need to balance between satisfying enough people and obtaining the necessary revenues from both the masses and the wealthy.  This also applies to dictatorships who can be overturned if enough people organize against them.

Hindsight allows us ordinary mortals (who sometimes vote) to appreciate that the world was not as prepared  as we needed it to be and it is likely the future will not be what virtually any of us anticipated even a few weeks ago.  Work, retailing, entertainment are only a few endeavors that will require major adjustments.

In the very near future (already happening) life and death choices will have to be made.  Medical resources (trained personnel, pharmaceuticals, medical equipment, facilities) cannot be instantly expanded to cope with the stress caused by the pandemics.  Uncertainty is frightening.

While we have this new stress we still have to cope with established stresses including many medical conditions, paying off debts that have been building and countless problems demanding attention.

Who gets access to limited medical resources?  The general wisdom of the day says the young and the healthy are most likely to survive and contribute to the benefit of (wo)mankind.  Those who have money or power or even just the support of loved ones are going to have an edge.  Individual medical personnel and a few others will be caught in the middle of the dilemma, unable to satisfy everyone.  Even deciding what to load on a truck and in which direction to send it will mean life or death for someone.

My position is that when resources are limited and decisions have to be made immediately the future of mankind should be the main criteria.  This doesn't mean that the old and the unhealthy should be discarded after all we all want to reach old age and any of us could find ourselves with compromised health.  Triage can be brutal, but also can be the most optimal.  Human value is very difficult to measure.

There is no easy solution, but my point is not just to forgive and understand those forced to make these immediate life and death decisions, but to take our long term responsibilities more seriously.  Taking care of ourselves means we will be able to contribute to the well being of others.  Voting for the right candidate or party requires more than just a reflexive decision, but requires serious thinking.  Everything we want costs something and deciding what is fair and desirable has to be integrated with how it will be paid for.  I believe every individual can contribute, but many are not given a reasonable opportunity.  Some are shoved aside or forgotten so those in better positions can boost themselves (and that is not just the very wealthy).

Irresponsible decisions have helped us to arrive at this point, not just by the wealthy and powerful, but those who enabled the short sighted to gain power.  Meaning those who could vote, but didn't and those who voted with little real effort or thought.  If we make the right long term decisions we will not be forced to make as many brutal life and death decisions.

An interesting link about how global crises can be used to  invade our privacy.  https://www.facebook.com/aljazeera/videos/892779157842277/UzpfSTEwMDAwMjk4Mjc2OTIzMzoyNjczNDE2OTYyNzY3NzAz/
Posted by John F Davidson at 11:39 AM