Better pay attention to China's role in the world 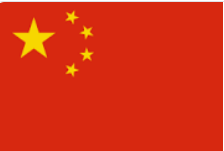 While today's headlines revolve around the pandemic, other forces are gathering strength to affect our future.  China is not biding its time, but plotting to become the dominant nation on earth. This rant is inspired by Fareed Zakaria, but the ideas are being covered by many sources.  Experts included Evan Osmos and Ian Bremmer add their thoughts to make the point.

Xi Jinping is the current ruler of China and has a firm grip.  What he wants is key.   Xi started his power as charming and interested in America.  He briefly studied farming at Muscatine, Iowa and took a tour of the U.S. including a Los Lakers basketball game with meeting Magic Johnson.  His only daughter studied English and psychology at Harvard under an alias.

Xi had a tortuous history to achieve his current status.  His father was a key revolutionary, who when Mao Zedung felt he needed to revamp the Communist party, had Xi's father and many others arrested, forced Xi's mother to denounce her husband.  It has been rumored that a sister was hounded to suicide.  The young Xi was sent to manual labor and was rejected several times before allowed to join Communist party.  He worked his way through the ranks and along the way married a prominent singer.

Mao's successor Deng Xiaping took a different approach.  His underlying philosophy was to "Hide your strength... bide your time."  His goal was for China to get rich and powerful, without disturbing the then current global powers.  Each year China gained industrial power and we in the West got used to cheap goods.  Technology was literally stolen (on a personal level this affected me).  While our governments giving into voter demands found the Chinese willing to loan money at low interest rates.  Three of my pet retailer accounts were impacted by China:  http://www.therealjohndavidson.com/2019/06/working-with-pet-retailers-part-2.html

Successful (capitalist) entrepreneurs were encouraged.   The top example was Jack Ma, the founder of Alibaba in 1999  He reached global celebrity and was a flamboyant entertainer.   He was the most admired Chinese citizen.  He developed a new payment system and became mammoth online retailer.  In 2014 he offered the  largest IPO at New York stock exchange.

When Xi took power in 2012 he recognized he would need Jack Ma to launch his ambitious program to further boost Chinese power.  The Chinese by this time were innovators at Western levels.  Jack Ma had more celebrity status than Xi and Xi felt uncontrolled capitalism could lead to a collapse of China.  Ma had criticized restrictions publicly.  An IPO intended for the Shanghai stock exchange had been squashed.  Ma disappeared for several months and when made his appearance had become very subdued.

Xi's long range goal appears to be to toughen up the country and claim the dominant global position that China once held.  Censorship is one of his tools and he has determined to get rid of movies that accept same sex relationships and effeminate men.  He has censored video games, social media and has even forbidden anti government karoke music.  A very popular movie has been the "Rambo" like, action movies, "Wolf Warriors" that praise strong fighting heroes.

An aging population has been identified as a key factor against future growth. In addition to worsening the pension system there were other problems with the one child policy which has been discarded.  Check:  http://www.therealjohndavidson.com/2018/08/in-love-we-trust-is-movie-title-with.html

He lost respect for America, especially due to their riots high lighted by the January 6th insurrection.   For public consumption Trump  has directed a lot of insults (including racial) and threats against the Chinese.  Trump's poorly thought out rants will only stiffen the resolve of the Chinese people.  They have withstood massive bombing from the Japanese and others.  When criticized for their policies Chinese politicians like to point to the racial history of the United States.

At the same time the Soviet Union collapse is frightening for XI . He attributes it to at least two factors.  One is the opening up to the West.  Another is the development of nationalist sentiments of many of the ethnic groups such as Lithuanians, Estonians and I would add Chechen.

China itself suffered terrorist attack including ruthless car killings that by 2014 reached Tianamen Square.  The perpetrators were identified as Uigher.     The response was with massive surveillance including facial recognition equipment. Internment camps were set up with torture, abortions, sterilizations.  The Muslim religion and unique language were considered threats.  The Uighers were forced to speak Mandarin.  Xi felt diversity was a threat to the Chinese identity.

In the meantime there was a military buildup.  Still behind the Americans, but closing the gap.

The Chinese have taken over Tibet and have threatened Westerners who harbor the Dalai Lama who is mostly revered.  In 1999 Britain handed Hong Kong to the Chinese government with the understanding Hong Kong would maintain some independence for decades, but the Xi administration has violated that with violent crackdowns on dissenters, independent politicians and journalists.

China grabbed a relatively small piece land from India after fighting.  It has symbolic value against those of us who would to see India as a counterpoint to China.   The border land has been seen to have military implications for both nations.

To press claims in the oil rich South Seas China has created artificial islands.  This has led to more vigorous claims to their rights.  This has impinged upon Malaysia, Philippines, Vietnam and Indonesia.  This is both economic and military.

The biggest concern is threatening Taiwan.  Taiwan used to be part of China and the Xi Jinping government is demanding the return.  The Taiwanese government represents the remnant of Chiang Kai Chek's resistance to the Communist takeover.   It was authoritarian, but has since become a democratic nation.  Chinese battleships and jets are in Taiwan's area.  The Pentagon believes that China would win what may the inevitable battle.  This would force a lot of decisions around the globe and time is running out.

Diplomacy, has also been identified as a tool for Chinese domination.  They have long been accused of ignoring human rights issues with their national partners which by itself wins them influence.  In Asia they have been developing what they call a Silk Road connecting their neighbors with economic benefits for all parties.  They have support programs in Africa and South America.  Recently the Chinese have been noted for buying Iranian oil which has been forbidden by American sanctions.  Obviously the Iranians who have been spurned see it differently  A few years back Canada felt victimized when the Chinese demanded no extradition for a Chinese business woman when Americans wanted her for offenses against their sanctions.  The Chinese responded by locking up two Canadian business men for two years on phony charges.

It is argued the "free" world has been sleeping while China has been planning to dominate us for many decades.  In the meantime we all need to co-operate as we need everyone to fight against the pandemic and climate change.  Perhaps this effort which is also in China's interest could be a mitigating factor .  To be successful, transparency is essential for all of us to survive.  If China recognizes that they need to share information it could be a breakthrough.  However they might take a different view, not trusting us.

It is essential that America and its allies strengthen their democracy, pay attention to real problems like pandemics and climate change and inequality   I don't see it  --who has the willpower?  I do see ramping up military capabilities.  According to some reports Chinese students at all levels are outperforming Americans, indicating that most western democracies have not paid enough attention to education.

Recently Lithuania defied China and accepted a Taiwan embassy.  I am sure they will pay a price, but a bigger group would make sure China also pays a price.  China needs us not only as consumers, but also as suppliers. This is not much leverage today, but if we as a whole are wise it could become more of a factor, but time is against us.

We are a month away from the Bejing Winter Olympics.  Some nations have decided not to send a diplomatic contingent which will probably not have much impact.  Many athletes are not going becasuse of the pandemic and some are protesting the treatment of a Chinese tennis star.  The really big thing is that the International Olympic Committee selected for this most prestigious event.  Money speaks louder than words.  Personally I love the Olympic ideal and would like to believe it is good for world peace, but perhaps not if authoritarian nations can use it for propaganda.

We are not unified enough as too many people and entities do not appreciate that we are all connected.