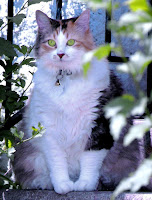 Large amounts of money are required to compete in today's market.  You needed money to create a demand and then you needed money to make sure the demand was met.  People are creatures of habit and we learned without constant reminders people naturally will buy a more convenient pre mix.  We didn't have that kind of money or experience to compete.

Getting paid was also a concern as we dealt with some marginal businesses.

The two new products, shampoo and glass cleaner  were really value added products in that they were pre-mixed and as such commanded higher markups.  What I had become aware of was that a concentrate was almost always more economical and environmentally friendly, but that many people were sucked in by convenience and an illusionary lower price.  Big corporations understood this and adjusted their manufacturing and marketing strategies to maximize profit.  Our pre mixed products did generate more profit.

I had become very used to telling people how wonderful a product was, but I learned it is important to learn its limitations.  It is easy to exaggerate or leave out details. Our cleaning product couldn't clean everything but in other cases it could damage some materials.  Another problem I learned was that although it was environmental some people were allergic.  I had never been one to embellish and was usually careful to be honest, but just as I probably never learned all the good things about my product I also was unaware of some of the damaging effects.

As happens various business opportunities were drying up and I began looking for products to add on.  I was approached by a pet store owner looking for someone to  help a friend sell a mysterious product (he was sold on).  It took awhile to get more details, but eventually I had lunch with the father, a retired engineer whose son had developed a lighter type of cat litter.  It was pointed out that many cat owners were old ladies not able to lift heavy bags.  The son was living in Mexico but spent a lot of time in Canada and we got along well.  The main ingredient was grown in part of Texas.  I got my foot in door with some established retailers.  Softer litter was ideal for cats that had been declawed.  Another ingredient to create clumping was flax which the innovator discovered watching his mother eat cereal after recovering from cancer.

I also learned of a seasonal factor that would work to my advantage.  I had learned that retailers were more apt to order in the spring and fall, meaning sales were harder to come by in the summer and the winter.  For the summer sales I had figured out many pet owners took their pets to cottages and made timely calls to those areas.  Cat litter on the other hand had a bigger demand in the winter as outdoor cats spent more time indoors during cold weather and consequently with tighter insulation, houses could get more noticeably smelly.

All jobs offer education.  I loved this product, but soon learned of a serious marketing problem from one of my friendly pet retailer.  There was a good story on the package but it ran to the bottom of the package.  They also found that they needed more money for warehousing and manufacturing.  There were some problems at the Mexican end and the father investor decided that was enough.

There had been some changes to what had been my main source income which was selling lip balms mostly to radio stations.  I had sold customized lip balms mostly by phone, letter and email, but like everything else personal contact can make a difference and I was already out there.  A new supplier let me sell in smaller batches allowing me to approach small businesses on my travels.  As my wife works for an orthodontist I learned that their procedures caused drying of the lips.  Lip balms would provide some relief and be a logical promotional tool.  I was able to make a few sales.  The manufacturer was impatient and felt I had misled him with how many sales I could generate.  I never felt I made unreasonable claims, but he cut off the relationship. 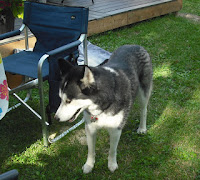 I learned about a dog/cat comb at a trade show where a dog groomer substituted for the owner.  Somehow we got to talking and she explained there might be an opportunity.  I phoned Chicago and made a deal and essentially agreed to buy their product at close to manufacturer price and sell at wholesale and retail prices.  They also sold other categories which occasionally added to my profit.  I kept records of what sold   The concept of turnover was not entirely new, but now I understood better that I had to take the profit from a sale and apply to the cost of that product.  It took about a year before I had covered the original expense of setting up, but then profit was generated.  For awhile got helpful advice and using the main product found success.  The owner retired and I found myself dealing with someone else who basically saw me as small potatoes and well advertised competition developed plus cheap Chinese knockoffs

At a trade show for one of the wholesalers I met a salesman selling tooth brushes for dogs.  This struck me as very strange, but after going home I thought more of it and contacted the sales manager. I learned that this wholesaler had mistakenly bought dozens of brushes when he thought he was ordering single units.  Nonetheless he paid the full price and the sales manager felt obligated to attend the show.  He traveled all over North America and saw sense in having a Canadian rep.  Not owning a dog I never actually brushed a dog's teeth, but came to appreciate most people considered it too daunting.   I learned the procedure had important social benefits (like minimizing children getting bitten).  Learn more:  http://www.therealjohndavidson.com/2011/06/brushing-your-dogs-teeth-can-be.html
Another human insight gained by the experience:  http://www.therealjohndavidson.com/2011/06/rural-and-urban-contrasts-towards-pets.html

My original contact was very supportive of my efforts, but realized at this stage demand for his product was pretty low, although growing.  He saw that I received commissions for any Canadian sales, even out of my calling area or online.  I tried to follow up these new contacts by phone.  I was successful in getting the product line into other wholesalers and chain stores, but it was slow moving.

My sales manager was grooming another man to take over after his retirement.  The head office was in Houston, Texas and this prompted me to learn about Skype.  I couldn't understand a written instructions, but was able to understand much better after demonstrated on Skype.  An odd application I learned was that the brush was not invented for dogs, but rather for people who had motions problems brushing their teeth.  This led to the discovery that they were effective for brushing over orthodontic braces.  I never had any success selling to orthodontists, but whenever I encountered retailer staff wearing braces I gave them an extra sample and it often resulted in a sale.

One interesting conversation I had with a store manager in a north of Toronto suburb was that Filipino maids had been the best champions for the dog toothbrush.  So many of them had taken on the responsibilities of taking care of the family dog and had decided brushing teeth was good for the dog's health.

After making some progress I ran into a series of problems.  Chinese knockoffs moved into the market and undercut me.  With vet clinics I learned they had their own line and although inferior they had a vested interest in it.  The new sales manager was Mexican and ran into immigration problems and in fact one of my calls was to Mexico.  The company seemed to be making progress, but one was the final straw.  They had been trying to get a warehouse in Canada and finally succeeded, but the deal involved transferring sales to the warehouse owners.

I was also approached several times by a man who wanted me to sell pet beds made in China.  I resisted this for quite awhile, but later was annoyed that I kept running into Chinese copycats.  He had had a heart attack and was advised to get a sales rep and after talking to some of my customers felt I should be approached. This was a sideline as he had a warehouse for his moving business  His 14 year old son was precocious and was taken advantage of.  Found he was being two timed by the Chinese head office who hired another sales company.  After his tragic death I was asked to carry on, but after awhile I felt I was being dealt with in bad faith.  One memorable thing was when I thought I was phoning Vancouver my call took me to China.

During this time I was able to use the agency resources to put out a monthly online newsletter.  Better than that I split it up to three versions--one for small businesses, pet retailers and vet clinics.  A lot of the material overlapped all three targets, but with appropriate articles heading and slanted to the audience.  The idea was  not only to hit the target, but to assume they were also consumers.  General information such as Steven Covey's 7 Habits of Highly Effective People that might appeal to any business person.  I had contests when I could scare up a prize.  I did get some response, but came to realize I needed bigger numbers of readers just when the government tightened up rules to protect people from spammers. 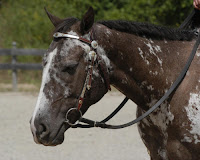 Try as hard as I did, I couldn't justify my expenses with just one product line with little marketing support. The cleaner owner was very grateful that I seemed willing to drive all over and devote most of my time to his products, but it dawned on me that although I received expenses I was going way beyond that and needed to rationalize both my time and expenses.  In effect my ad agency was subsidizing him.  When I succeeded in making deals with other companies he became resentful, but in many ways I was elevated in the estimation of different retailers who felt if one line was either in conflict with established lines or of no interest to his clientele something else might work.  In many cases the once rejected lines became of more interest.  From my point of view there were more reasons to call on any individual retailer, even a long drive away.  Every one was a winner, but each product was marginal and under its own pressures.

Money became very tight and the owner became ever more resentful when I spread my efforts with other suppliers.  I ended up working for his son on a different line and was stunned by a very thoughtful gift from the owner's wife at a surprise birthday party.  The product is still on the market, but you have to look.

I feel very fortunate to have had these experiences and like to believe I made some people happier.  Pet messes have been the subject of many quarrels. Pets have enhanced our lives and it is only fair we make their lives better.  I appreciate it is a tough world to take on by yourself.

Jobs not only provide the means to enjoy life, they also give us meaning and the chance to learn things.  Here are some blogs on my job history all of which illustrate my learning something personally meaningful:

How a car was an asset in getting jobs, but also a distraction from other opportunties:

If you missed Part 1 here it is:  http://www.therealjohndavidson.com/2019/06/working-with-pet-retailers-part-1.html