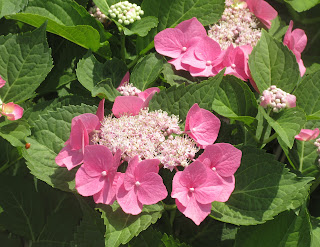 With Trumpism hopefully meandering to its last gasps we still don't totally understand how so many could be so blind to their long term best interests.  Awhile back I saw groups of people (and other factors) that enabled Trump to get elected. (http://www.therealjohndavidson.com/2017/07/trump-enablers.html).  More recently another perspective was that many of these same groups had their own greedy reasons for using Trump as a tool (http://www.therealjohndavidson.com/2022/07/trump-as-tool.html).  Going deeper it seems that forces on the right wing have developed symbiotic relationships to achieve their goals and if the left wants to survive they need to break up some of these relationships.

It takes large amounts of money to influence elections in America.  The right wing is a loose term, but it  could be said the very wealthy feel oppressed.  They are a small, maybe minute segment of the population, but have resources not available to the rest of us.  Using money for political purposes has become easier, ( http://www.therealjohndavidson.com/2016/07/dark-money-by-jane-mayer.html).  Still most Americans don't want to give up services they have gotten used to so the very wealthy can pay less taxes and have onerous regulations lifted.

What to do?  To gain large number of voters it is necessary to cater to their priorities.  Psychological studies concluded that many resented immigrants, minority races/religions, gays, etc.  Others felt strongly the government needed to be run on Biblical principles with special regard for abortions.  Others felt that gun rights were critical. in some cases needed to protect oneself from the "other."

Ideally those on the left view themselves as offering more equality and more citizen protection against the abuses of large corporations and lately against pandemics and climate change.  For the average person this is the much better option, but definitely opposed to the interests of some wealthy conservatives.  Although those sentiments are real, for some the left also offers a tool for power and can also be abused.

The big money goes into research and promotion.  Research includes what motivates potential voters in specific election districts and what candidate can best harness the voters anxieties?  What is the most effective way to convey your message?  Where can you best apply your resources?  The Electoral College helps sort priorities and polling provides guidance.   Fears and prejudices have proven to be reliable motivations.

What can the left do?  Are voters all ruthless or stupid?  In fact we are all complex humans with many concerns. How do you make more people take a wider view?  The main counter would be a greater understanding of the issues.

What would make an Evangelical vote for and vocally support Donald Trump?  His character is abhorrent to any Christian.  They have made abortion a high priority and believed that Trump was the one most likely to accomplish it.

In choices there are usually some benefits and some costs.   If you have your number one priority catered to a voter might consider other issues some of which might demand attention.  While to some people abortion is the most important life and death issue they might consider capital punishment, medical accessibility, life protections (otherwise known as regulations) and war.  The root causes of abortion include financial and social pressures which might if attended to (actually proven to) reduce the number.

The right uses money in a hard to resist manner.  At bottom they would like the government to have less money to spend on what they consider unnecessary or foolish projects such as tax investigators.  Reducing taxation has appeal to everyone.  The rich feel entitled and the poorer feel grateful.  The catch is another choice.  If the revenue is not coming in, which projects will be eliminated.  Or another choice, borrow the money.  Another solution favored by the wealthy is regressive taxation which means for example being taxed on what is spent.  Taxes can be used to discourage undesirable behaviors and also to encourage desirable behaviors.

It is easy for some to hate immigrants, but they overlook a likely disastrous future without them.  America is an aging population which means more people will need care for their old age.  The government pensions have all been based on current contributions to keep them running.  We also overlook the motivations of the immigrants which include fleeing climate change that they did not contribute to, but are paying the much bigger price for.  We also look at how we have supported dictators that created an oppressive society.  On the other side America has been enriched by immigrants and should they find a more welcoming environment elsewhere will take their talents elsewhere.

Mind you lecturing can backfire so we need to learn how to present a more compelling case.  The recent  Supreme Court abortion ruling has demonstrated some aspects have been poorly thought out.  Most people do not like the concept of abortion, but are upset over exceptional circumstances that keep coming up involving medical complications or rape and incest.  Some Republicans had become so emboldened they threatened to abolish same sex marriages and even inter racial marriages.  When one freedom is diminished people fear what might be next.